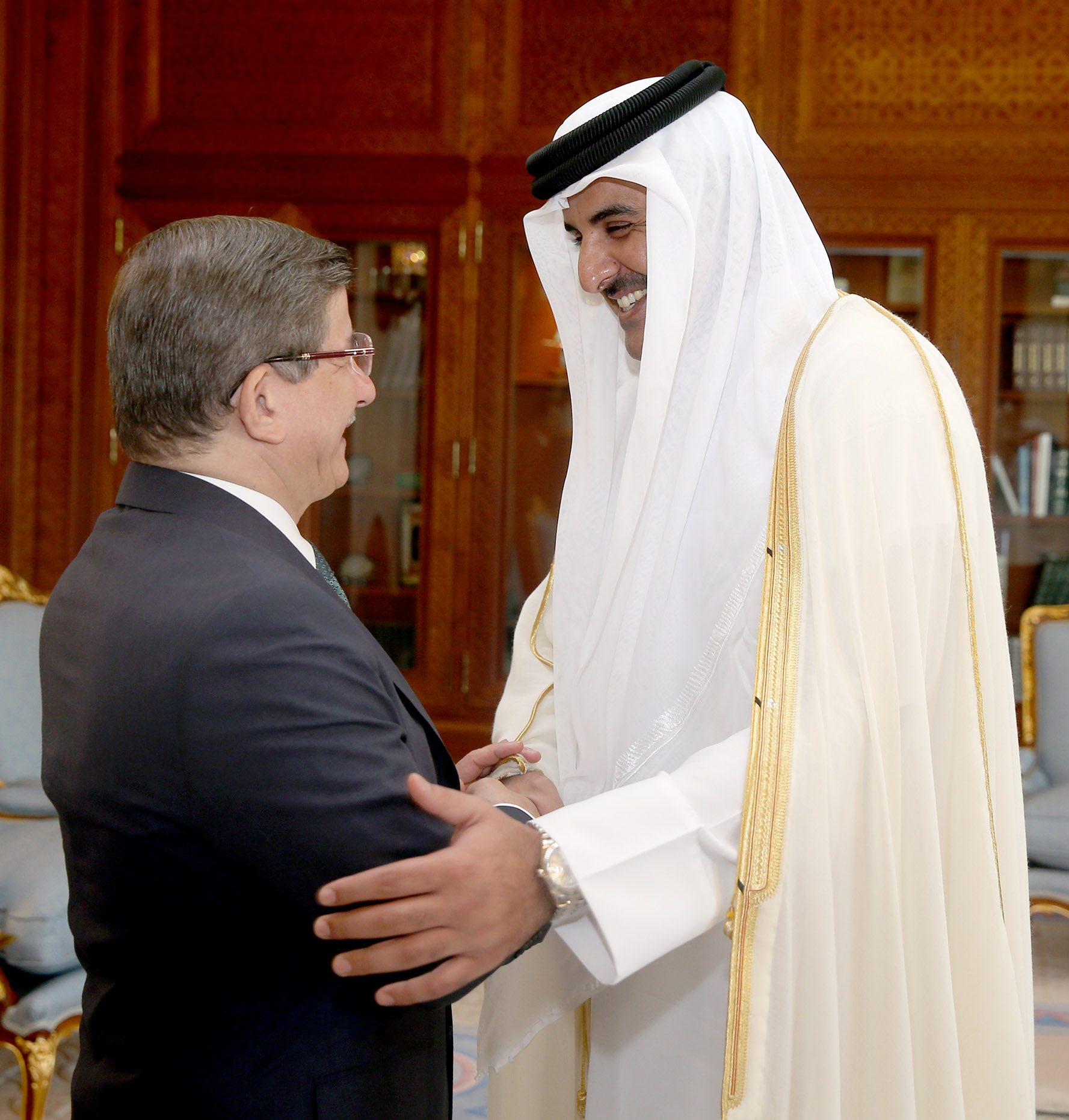 His Highness The Amir Sheikh Tamim bin Hamad Al Thani received at his Amiri Diwan Office on Thursday the Prime Minister of the Republic of Turkey, Dr. Ahmet Davutoglu, and the accompanying delegation.

Talks during the meeting dealt with bilateral relations between the two countries and means of enhancing them, in addition to a number of issues relating to the developments in the region.