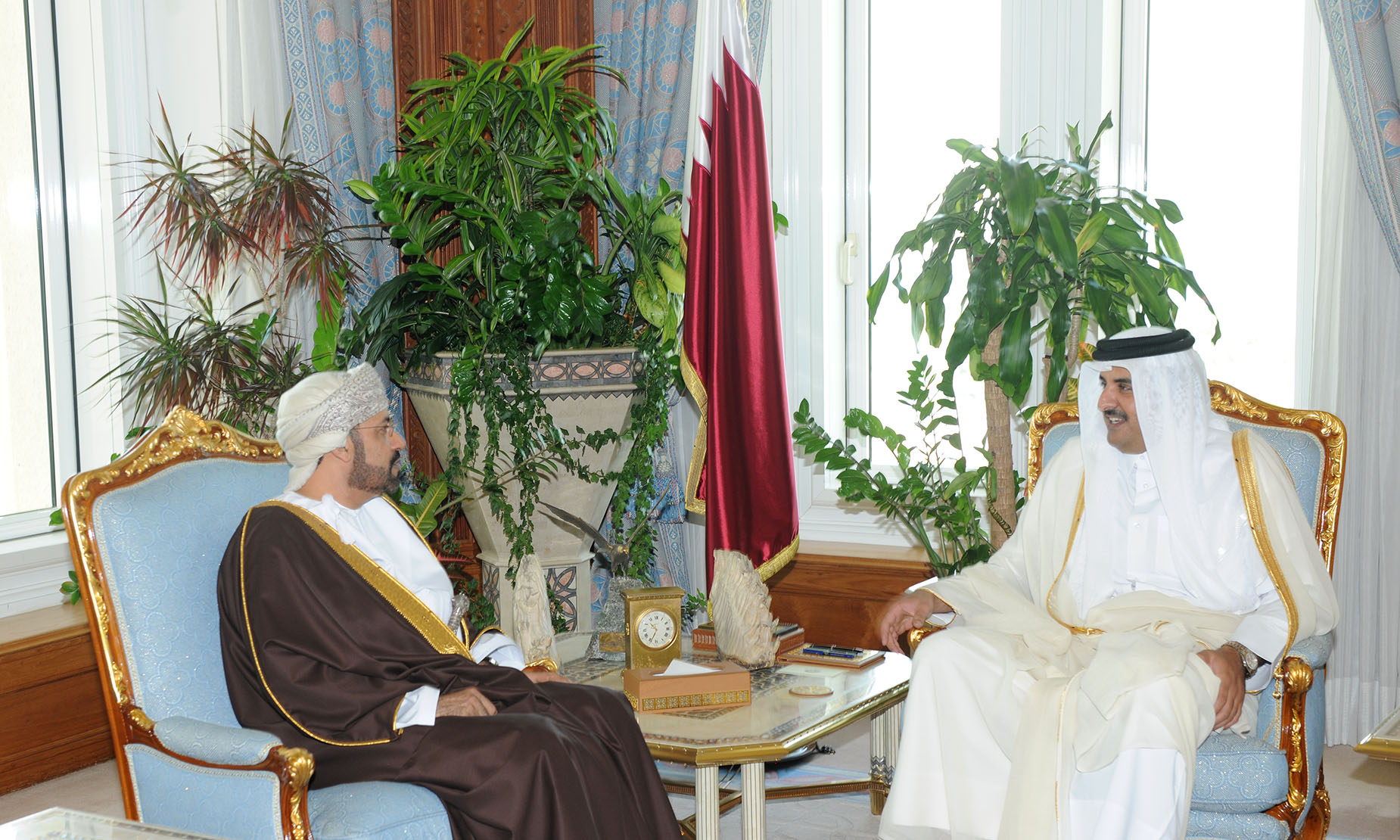 His Highness The Amir Sheikh Tamim bin Hamad Al Thani received a verbal message from HM Sultan Qaboos bin Said of Oman, pertaining to bilateral relations between the two countries and means to develop and advance them.

The message was conveyed by HE Omani Minister of Interior Hamud bin Faisal Al Busaeidi when HH The Amir received him at the Amiri Diwan on Tuesday morning.

The Omani Minister of Interior conveyed greetings of Sultan Qaboos to HH The Amir as well as his wishes of good health for him and more progress and prosperity for the Qatari people.

HH The Amir asked the Omani Minister of Interior to convey his greetings to Sultan Qaboos and his wishes of good health for him along with more progress and development for the Omani people.

The meeting reviewed the fraternal relations between the two countries and means to promote them, in addition to a number of issues of common concern.