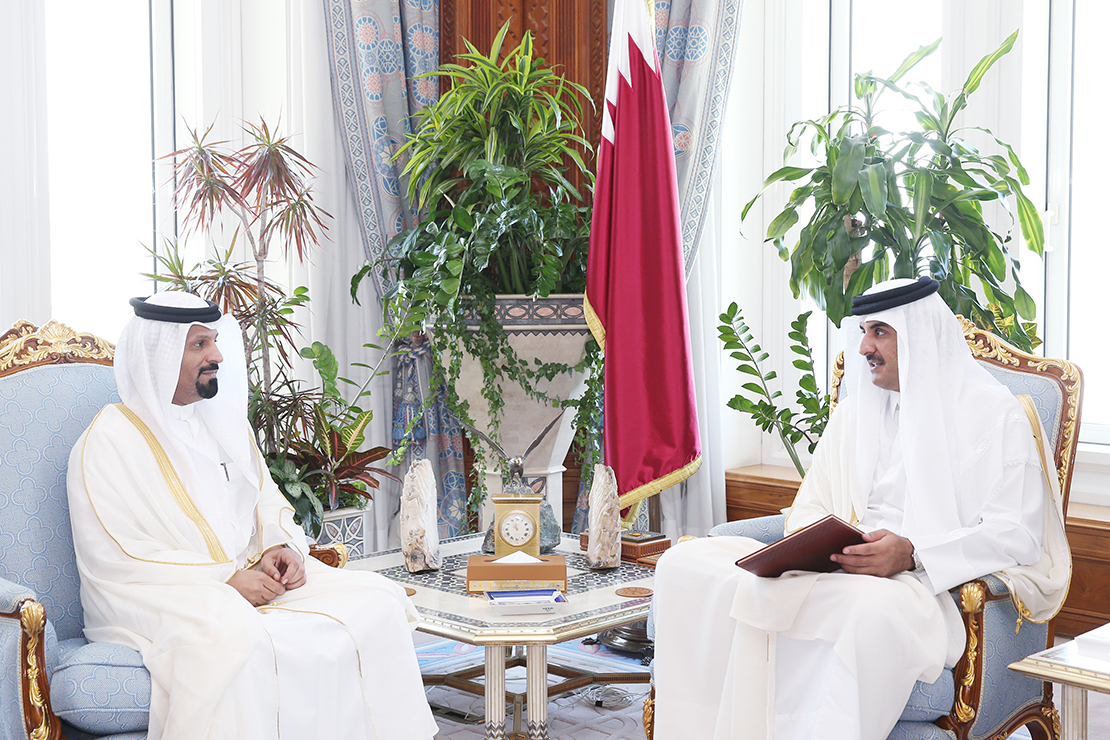 His Highness The Amir Sheikh Tamim bin Hamad Al Thani has received a written message from Crown Prince of Abu Dhabi and Deputy Supreme Commander of the UAE Armed Forces General Sheikh Mohammed bin Zayed Al Nahyan, pertaining to relations between the two countries and ways of supporting and developing them.

The message was handed over by HE UAE Ambassador to Qatar Saleh bin Mohammed Al Ameri during an audience with HH The Amir at the Amiri Diwan on Sunday morning.