HH The Amir Holds Talks with President of Indonesia 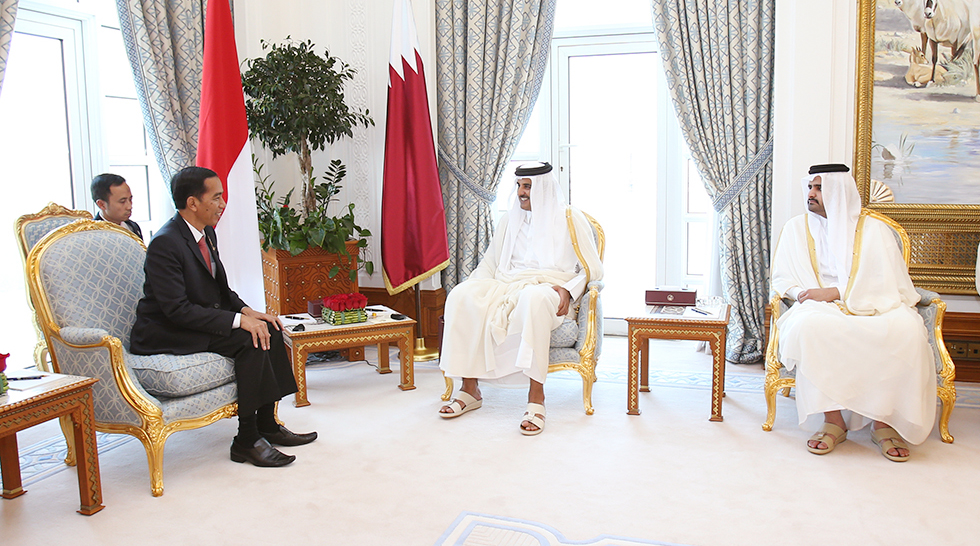 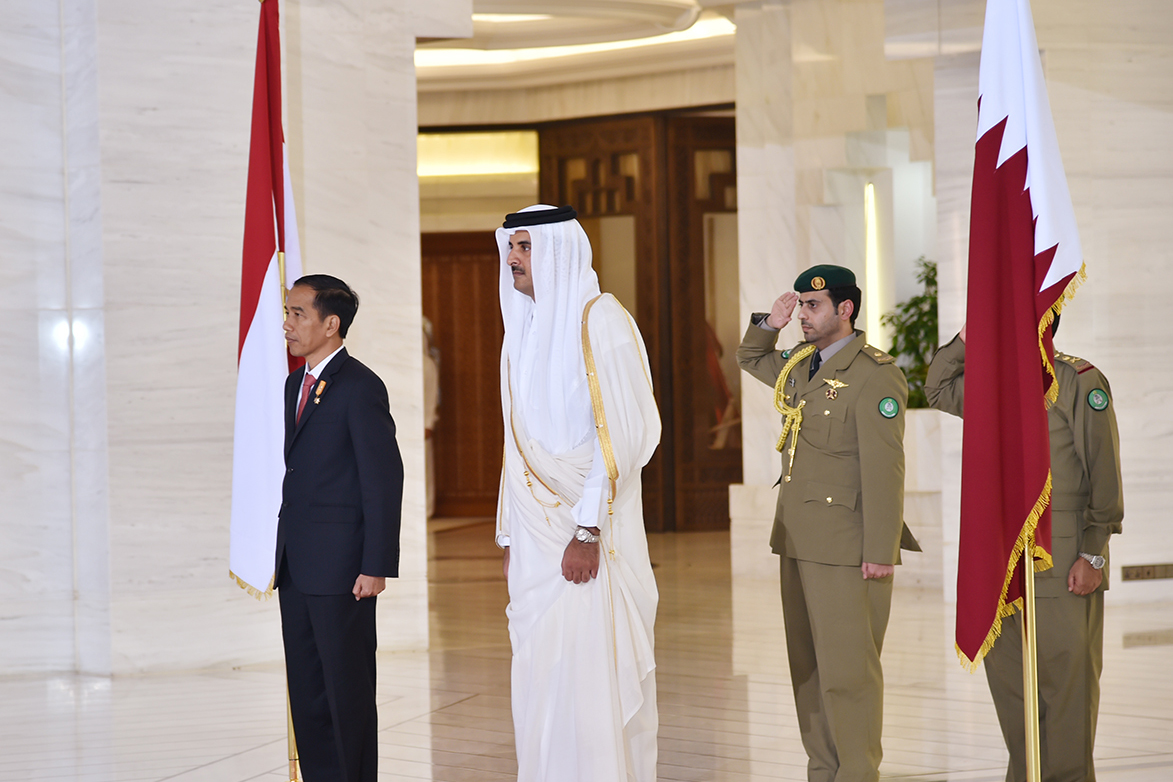 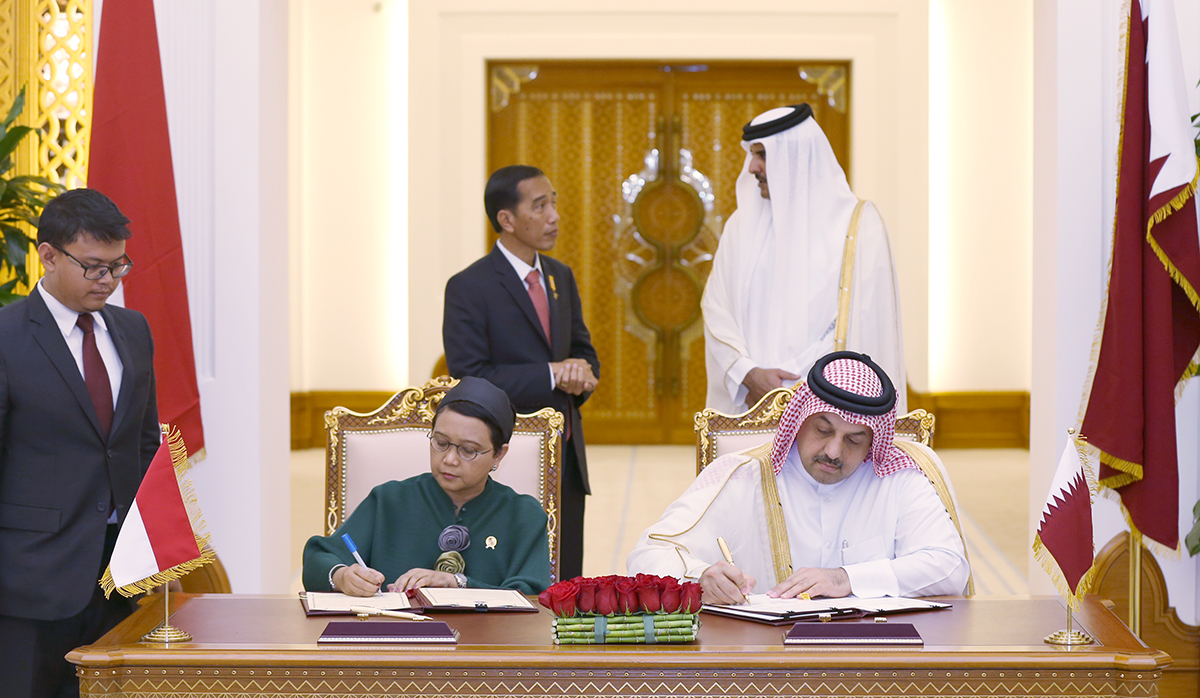 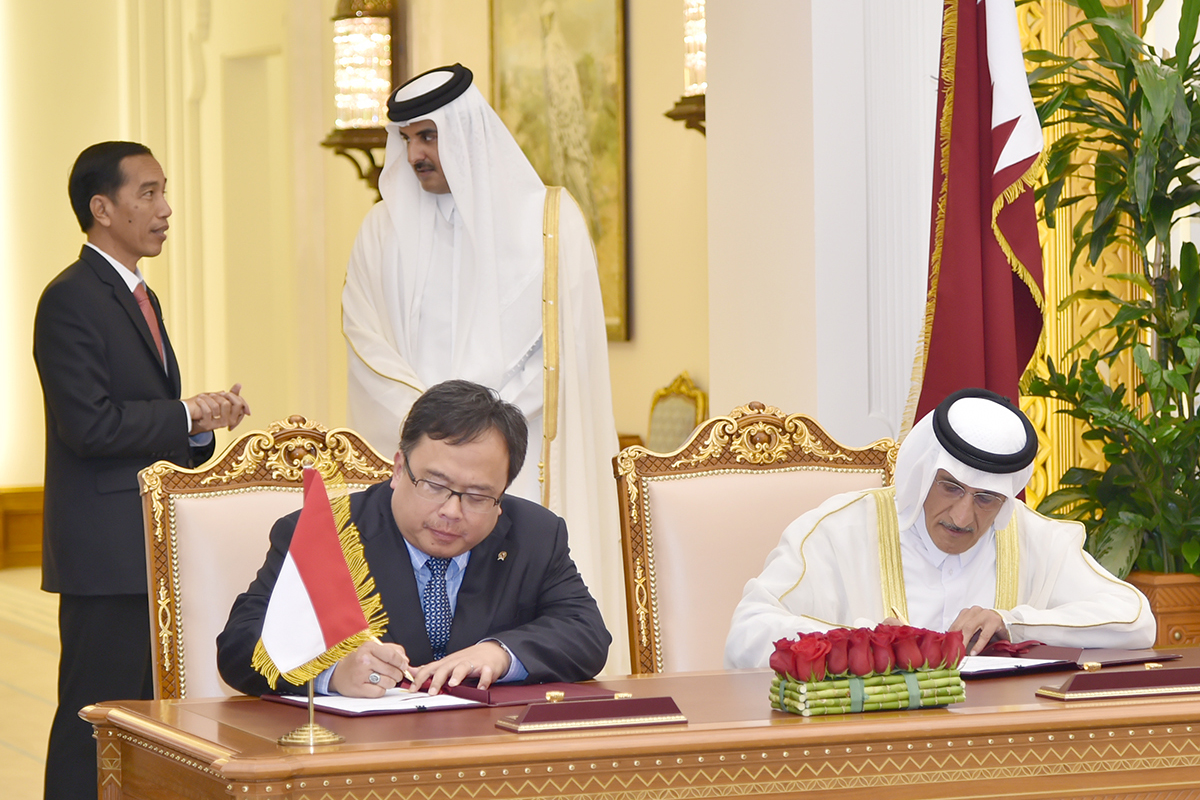 His Highness The Amir Sheikh Tamim bin Hamad Al Thani held on Monday an official talks session with HE President Joko Widodo at the Amiri Diwan.

On the Indonesian side, the session was attended by members of the official delegation accompanying President Widodo.

Talks during the session dealt with bilateral relations and means to develop them in different spheres in addition to a host of regional and international issues of common concern.  Following the talks session, HH The Amir and the President of Indonesia witnessed the signing of an agreement on abolition of entry visa requirement for holders of diplomatic, service and special passports and the annex of memorandum of understanding (MoU) between the government of Republic of Indonesia and Qatar Investment Authority.

Official reception ceremony was as accorded to HE the Indonesian President upon his arrival at the Amiri Diwan.