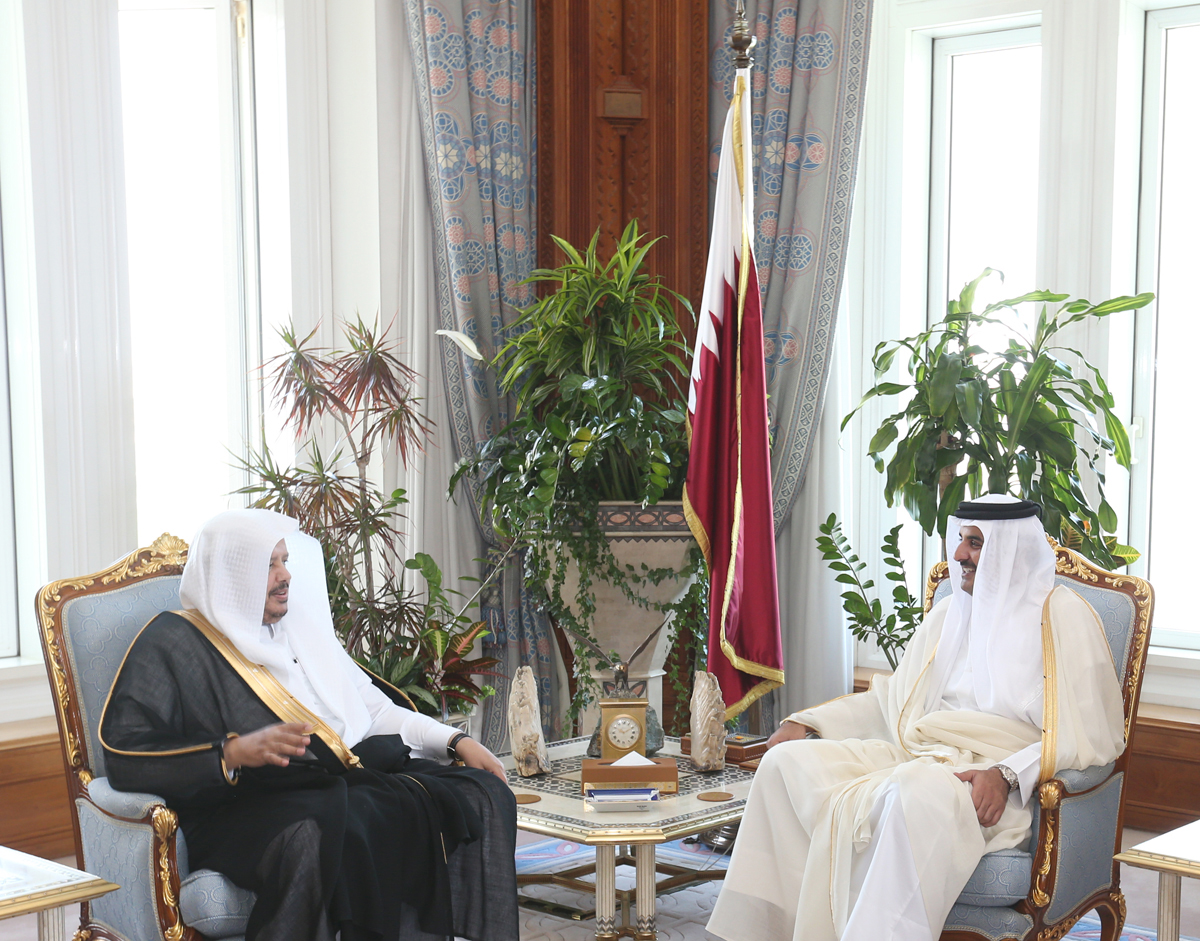 His Highness The Amir Sheikh Tamim bin Hamad Al Thani received at the Amiri Diwan office on Monday HE Speaker of Shura Council of the Kingdom of Saudi Arabia Dr. Abdullah bin Mohammed bin Ibrahim Al Sheikh and his accompanying delegation, who called on HH The Amir to greet him on the occasion of their visit to the country.

Talks during the meeting dealt with the fraternal relations between the two countries, as well as issues of common concern.