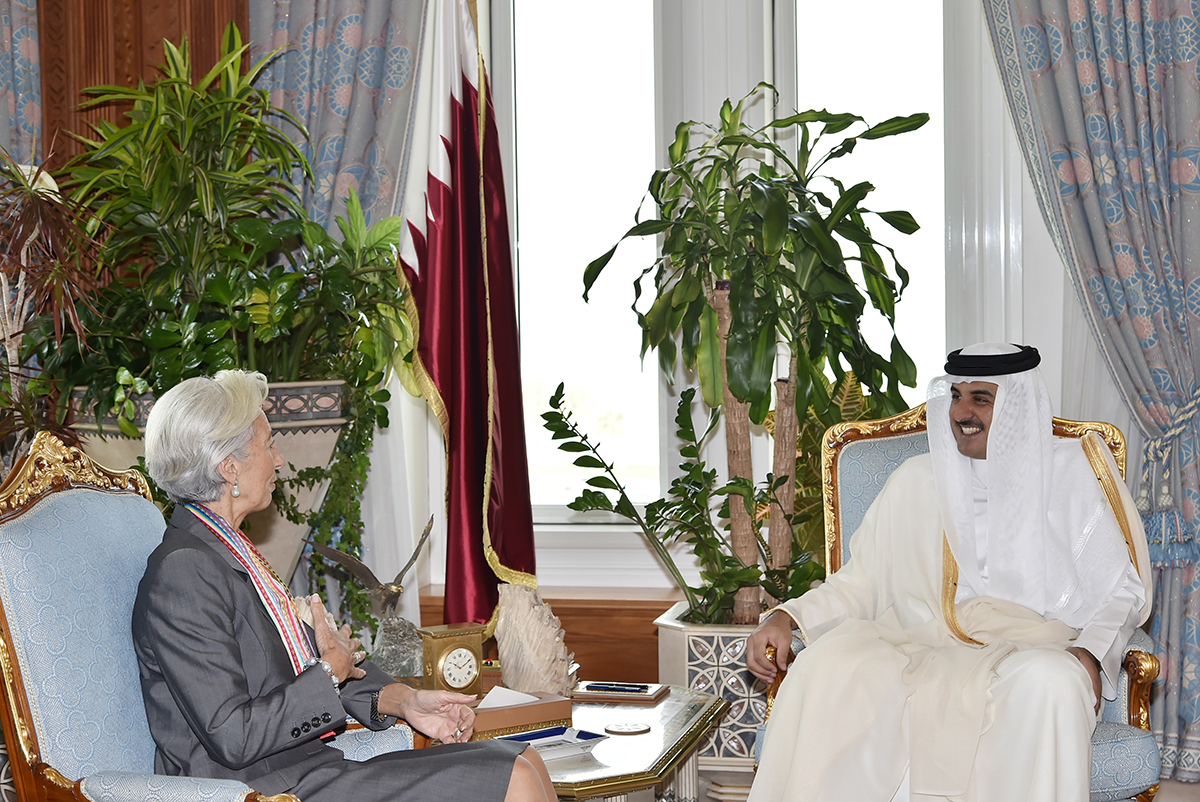 His Highness The Amir Sheikh Tamim bin Hamad Al Thani received on Sunday morning at his Amiri Diwan office HE Managing Director of the International Monetary Fund (IMF) Christine Lagarde who called on HH The Amir to greet him on the occasion of her visit to the country to participate in the joint meeting of the financial and economic cooperation committee of the Cooperation Council for the Arab States of the Gulf (GCC) and the committee for governors of (GCC) central banks and monetary institutions which will be hosted in Doha later in the day.

During the meeting, they reviewed cooperation relations between the State of Qatar and IMF. They also discussed a number of issues of mutual interest.