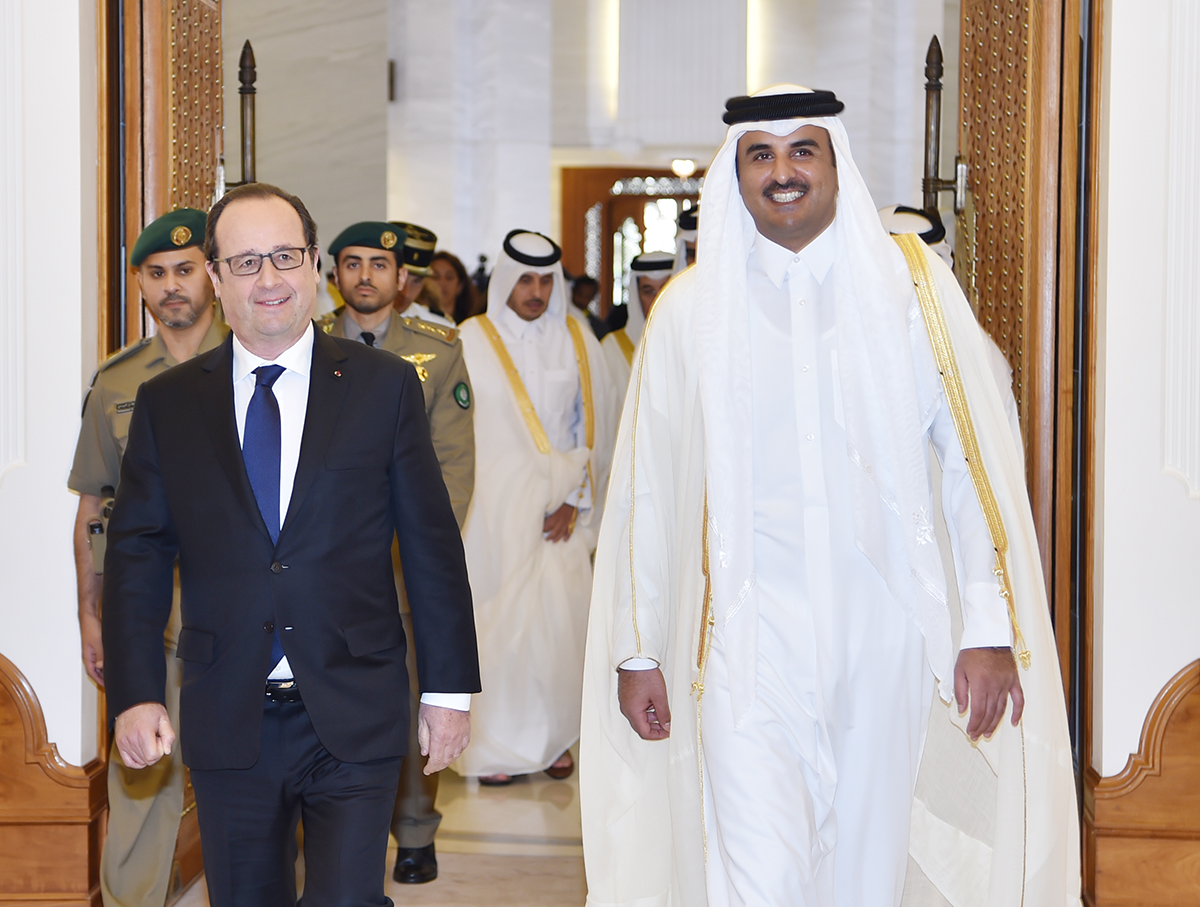 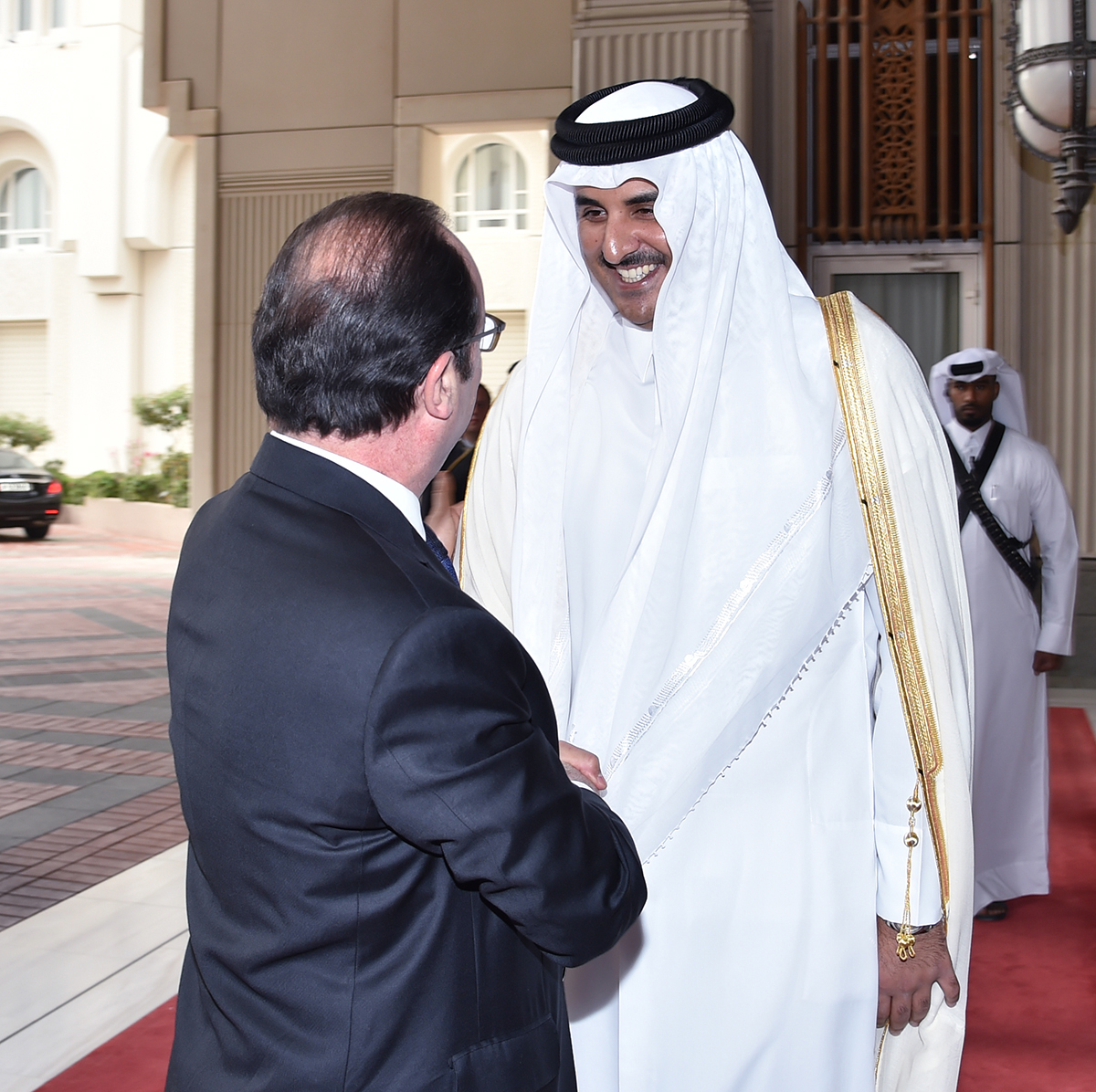 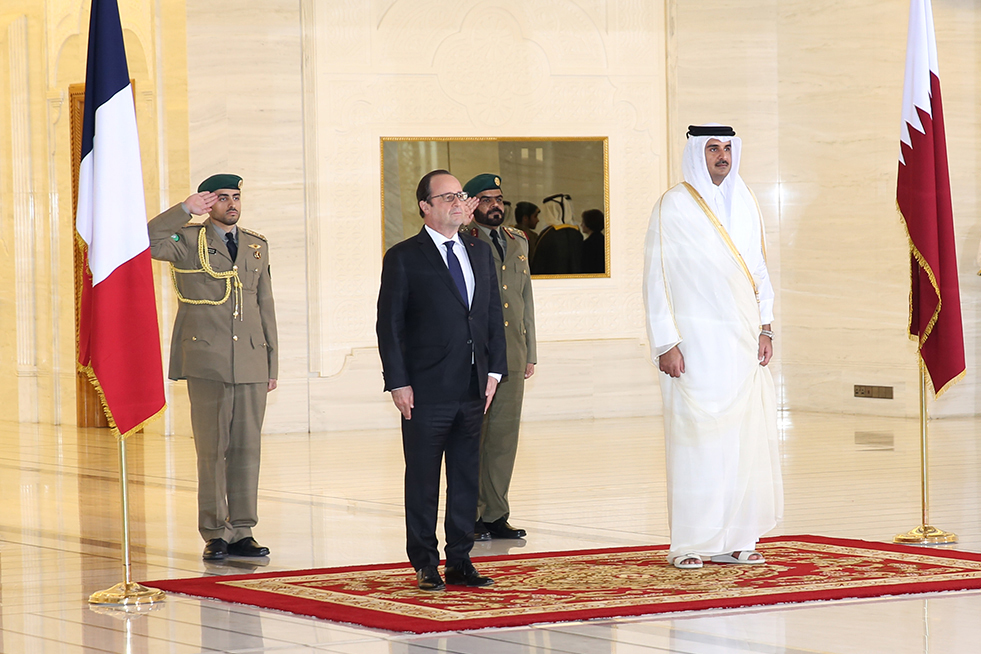 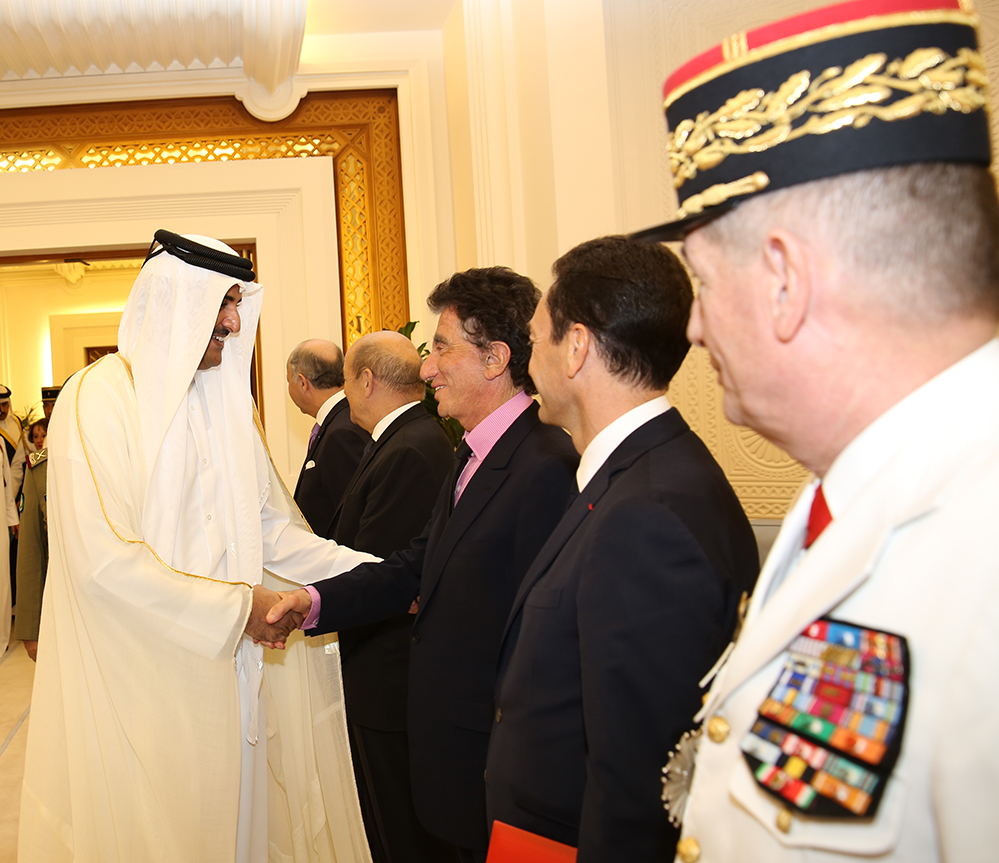 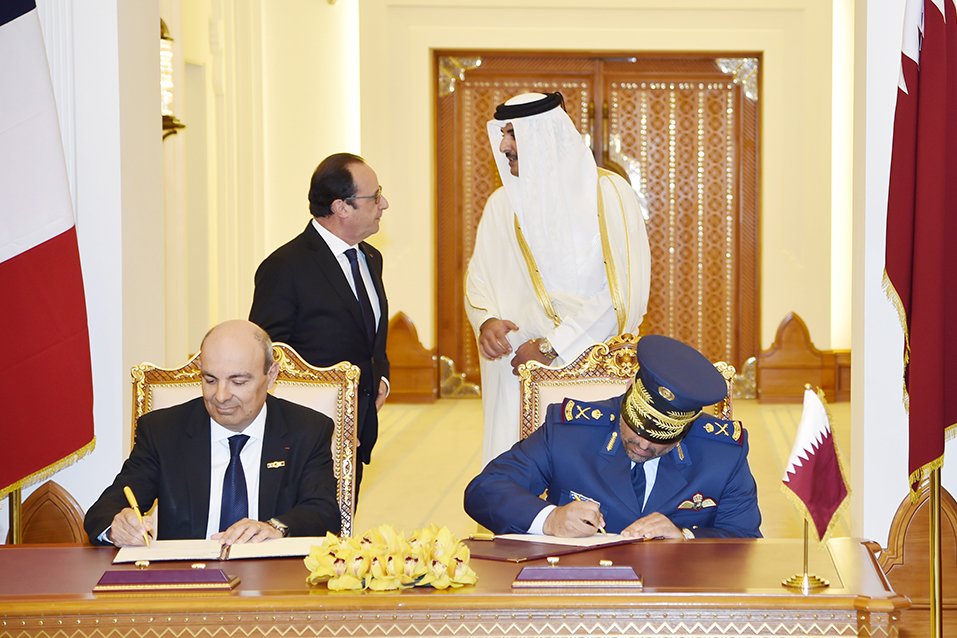 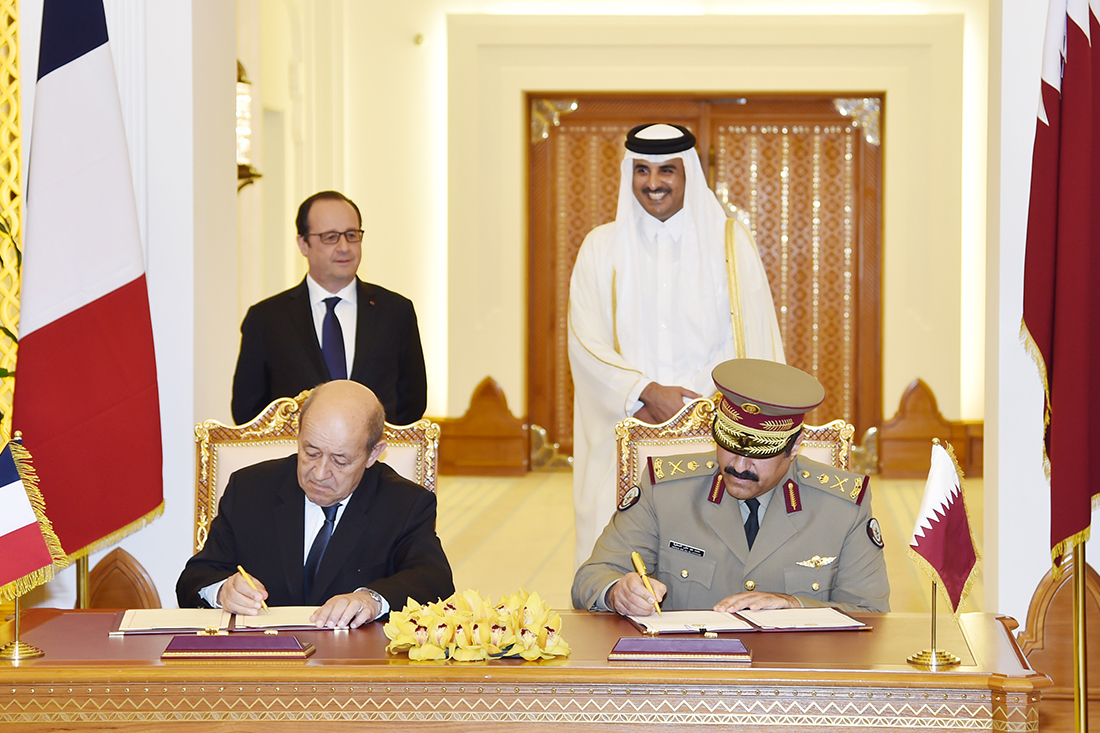 His Highness The Amir Sheikh Tamim bin Hamad Al Thani and President of the French Republic François Hollande held official talks at the Amiri Diwan before noon on Monday.

On the French side, the meeting was attended by members of the official delegation accompanying the French President.

During the meeting, they discussed bilateral relations of cooperation between the two friendly countries and ways of enhancing them at various levels to achieve the common strategic interests.

They also exchanged views on a number of current issues in the region and the latest regional and international developments of mutual interest.