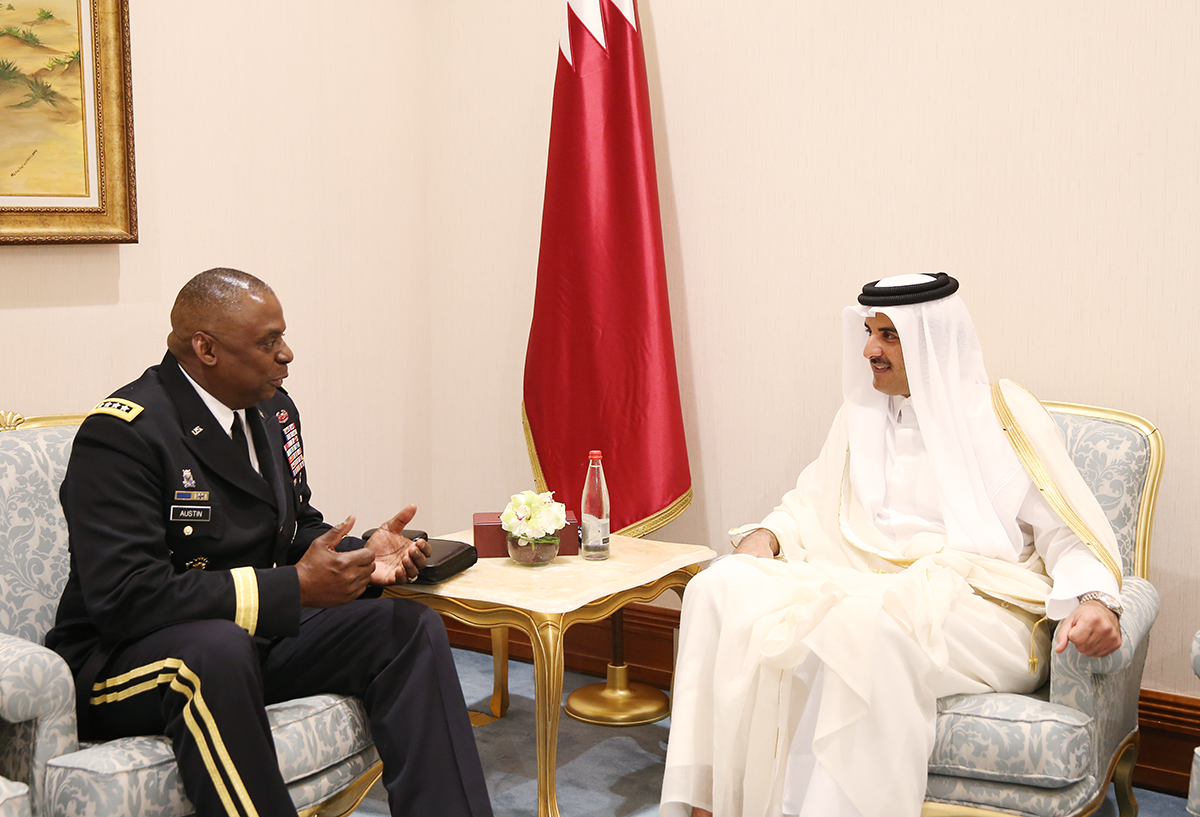 Hiis Highness The Amir Sheikh Tamim bin Hamad Al Thani received at the Doha Sheraton Hotel on Monday HE Commander of the United States Central Command Gen. Lloyd Austin III and the accompanying delegation on the occasion of their visit to the country.

Talks during the meeting covered the relations between the State of Qatar and the United States and ways of further developing them, in addition to a number of regional and international issues of common interest.