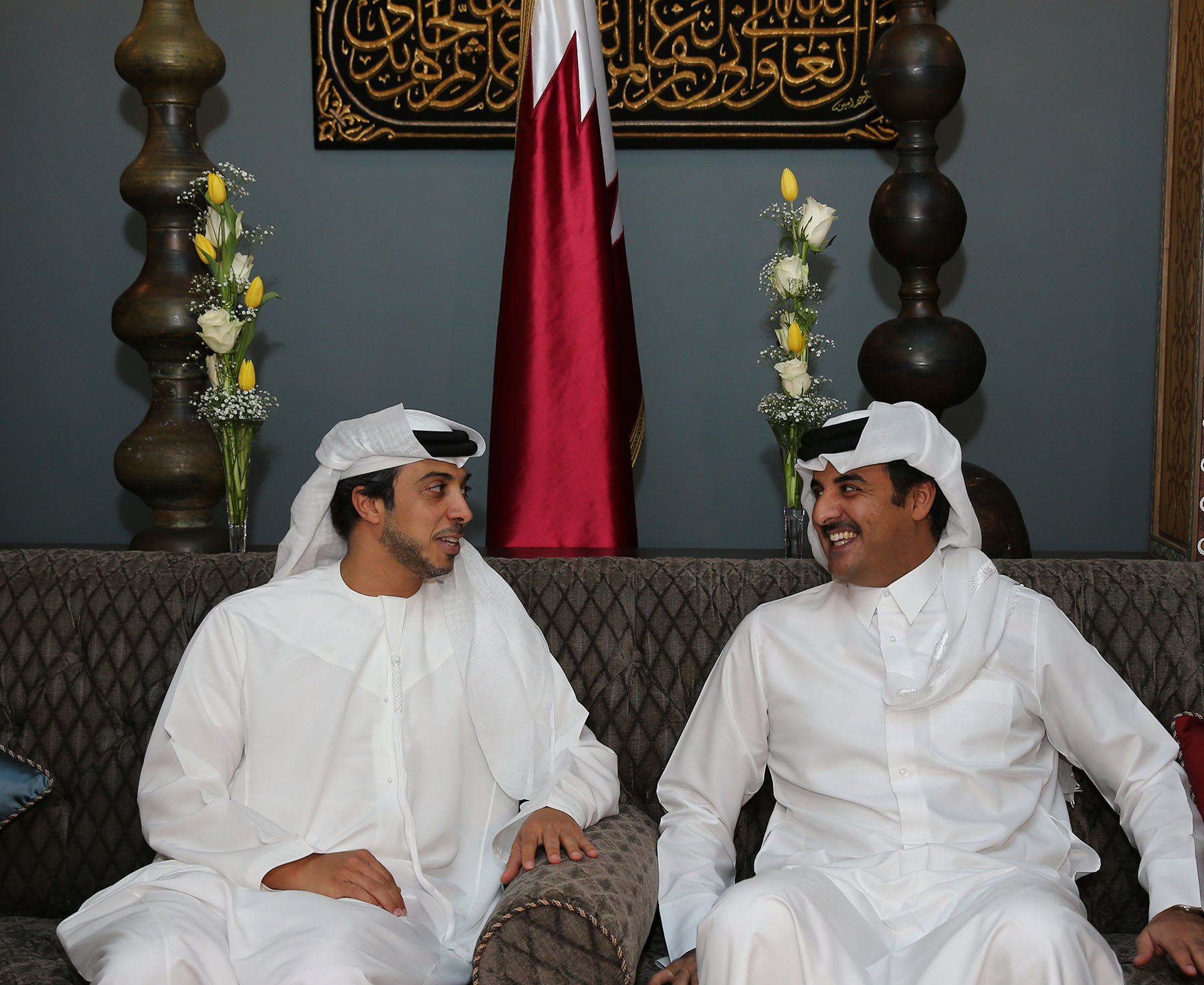 At the outset of the meeting Sheikh Mansour conveyed to HH The Amir, the greetings of the President of UAE Sheikh Khalifa bin Zayed Al Nahyan, and his wishes to His Highness for best of health and to the Qatari people further progress and prosperity.

HH The Amir entrusted Sheikh Mansour with his greetings to the UAE President, wishing him the best of health and further progress and prosperity to the United Arab Emirates.

Talks during the meeting dealt with bilateral relations and means to further develop them in addition to a host of regional and international issues of common concern.

HH The Amir held Iftar banquet in honor of the Deputy Prime Minister and Minister of Presidential Affairs of UAE and his accompanying delegation.