HH The Amir Receives Ambassadors of Senegal and Sri Lanka 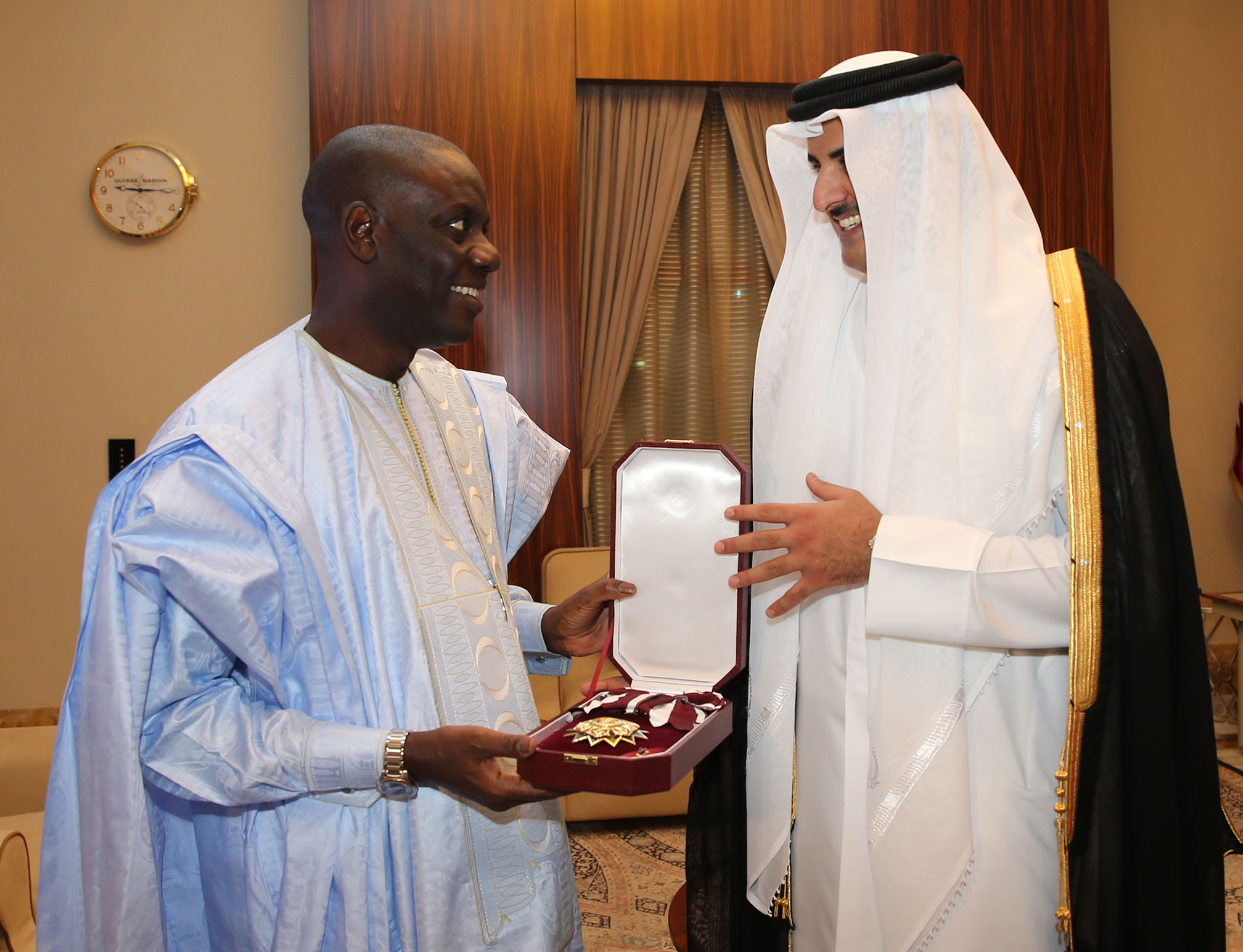 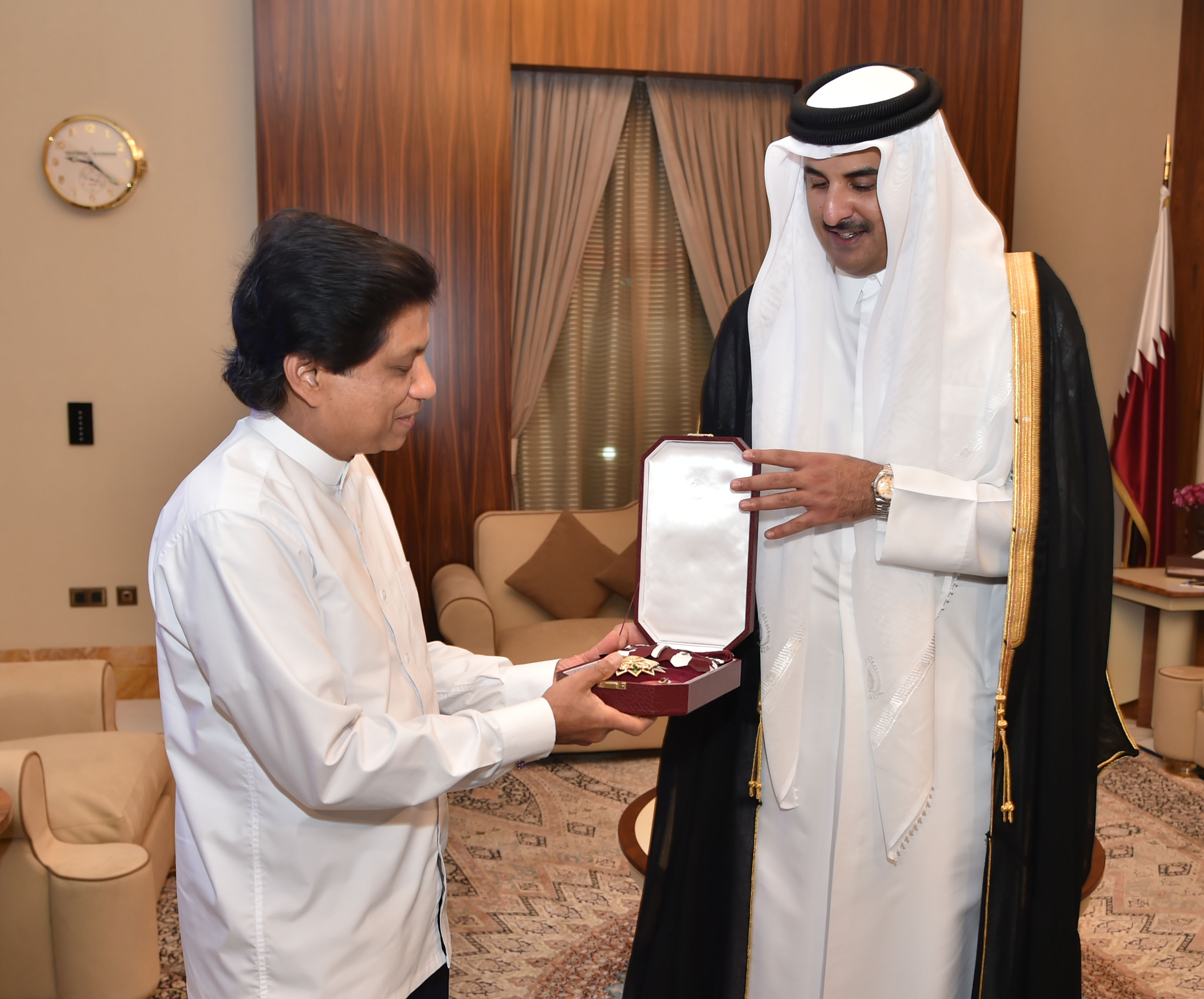 His Highness The Amir Sheikh Tamim bin Hamad Al Thani received separately at Al Bahr Palace on Monday evening HE the Ambassador of the Republic of Senegal Sheikh Tijani Cisse, and HE the Ambassador of the Democratic Socialist Republic of Sri Lanka Jayantha Palipane, who each called on HH The Amir to greet him on the occasion of the end of their tenures in the country.

At the beginning of the two audiences, HH The Amir granted the two ambassadors the sash of merit in recognition of their efforts and their role in promoting cooperation relations between the State of Qatar and their respective countries, wishing them success in their future assignments and the relations with their countries further progress and prosperity.