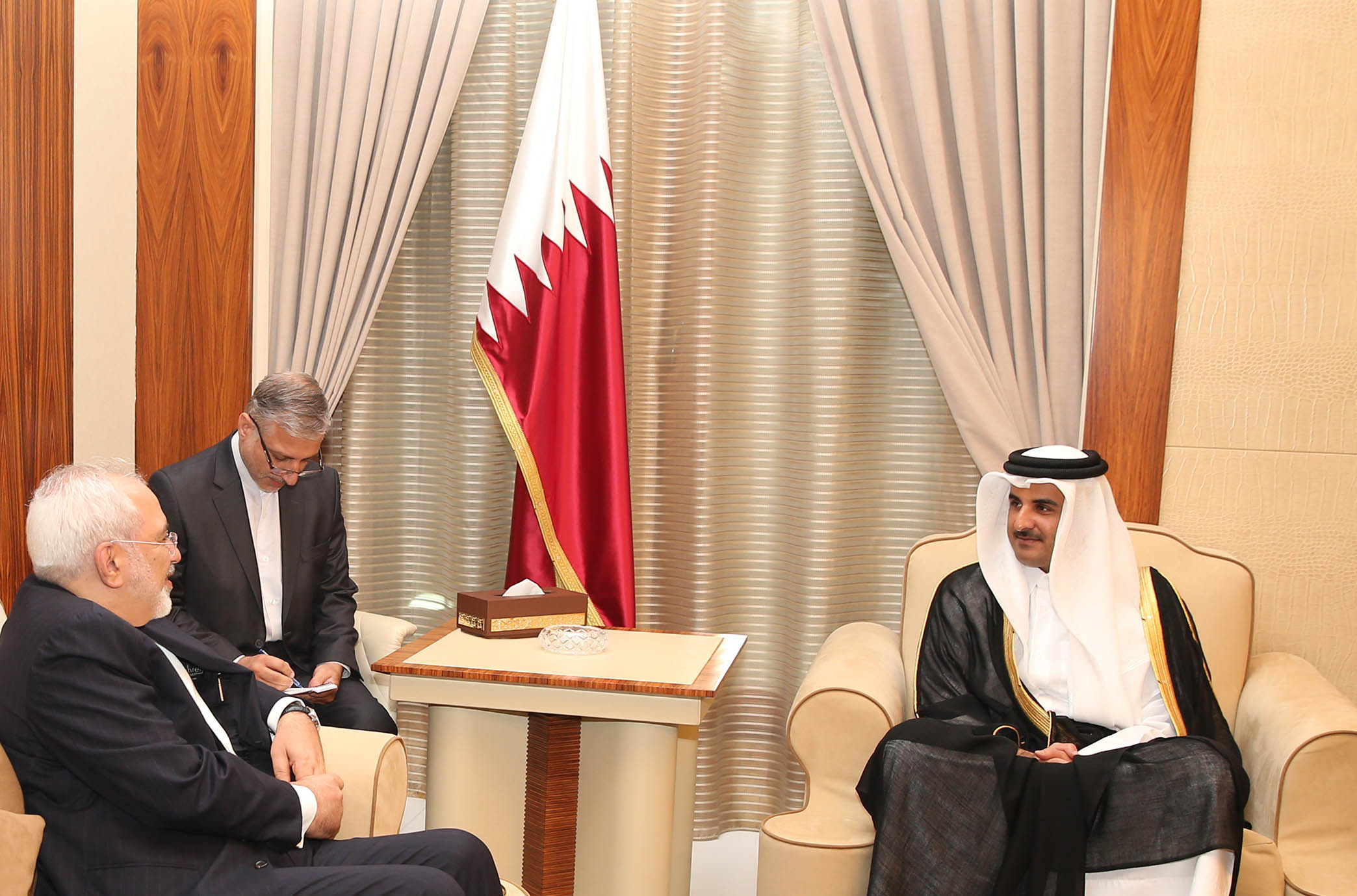 His Highness The Amir Sheikh Tamim bin Hamad Al Thani received a written message from President of the Islamic Republic of Iran Hassan Rouhani pertaining to bilateral relations between the two countries and ways of enhancing them.

The message was handed over by Iranian Foreign Minister Dr Mohammad Javad Zarif during a meeting with HH The Amir at Al Bahr Palace on Sunday.

Talks during the meeting focused on bilateral relations between the two countries and ways of developing them further in addition to the latest developments in the region.

The Iranian Foreign Minister briefed HH The Amir on the outcomes of the nuclear agreement reached recently between Iran and the P5+1 group in Vienna.