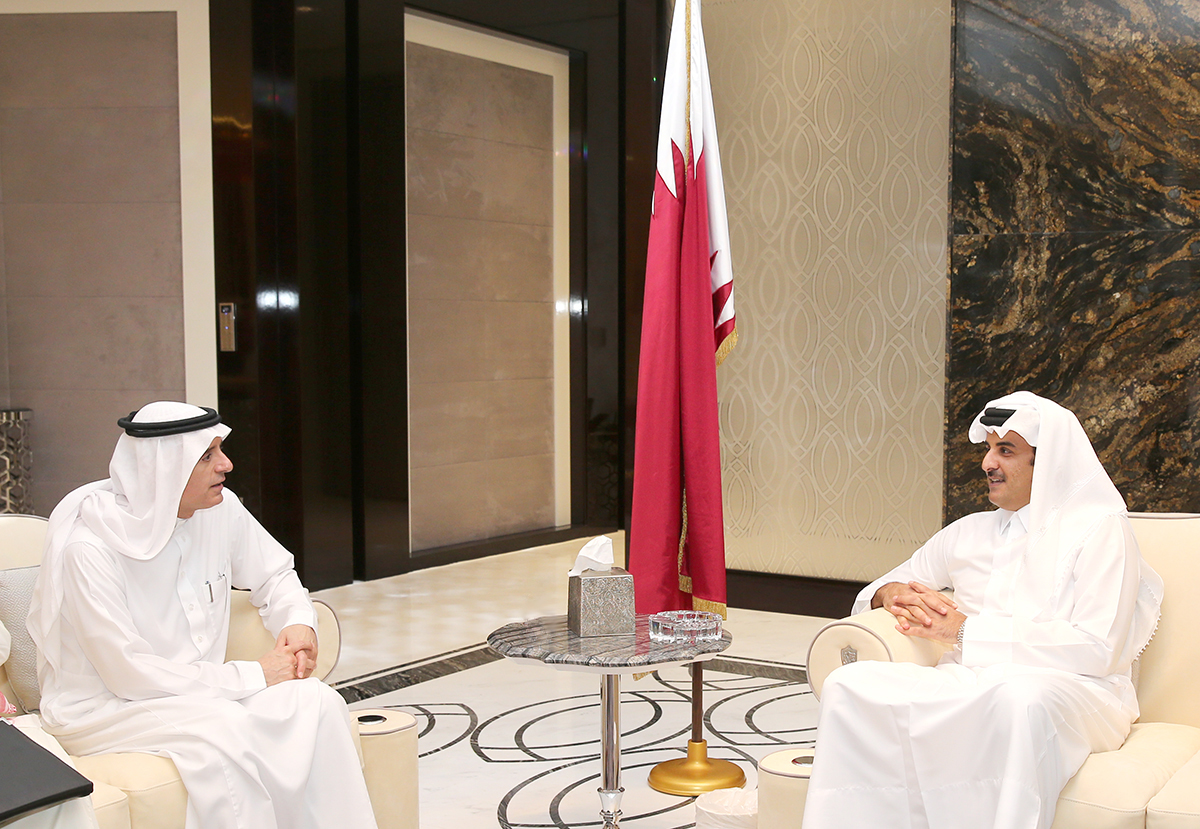 They reviewed bilateral ties and ways to enhance them. The latest regional and international developments were also discussed.

In turn, HH The Amir asked the Saudi Foreign Minister to convey his greetings to the Custodian of the Two Holy Mosques, the Crown Prince, and the Deputy Crown Prince and his wishes for them of good health and wellness, and the brotherly Saudi people further progress and development.

During the meeting, HH The Amir and the Saudi Foreign Minister reviewed the fraternal ties between the two brotherly countries and ways of enhancing them, as well as a number of issues of mutual interest, especially the latest developments on the regional and international arenas.