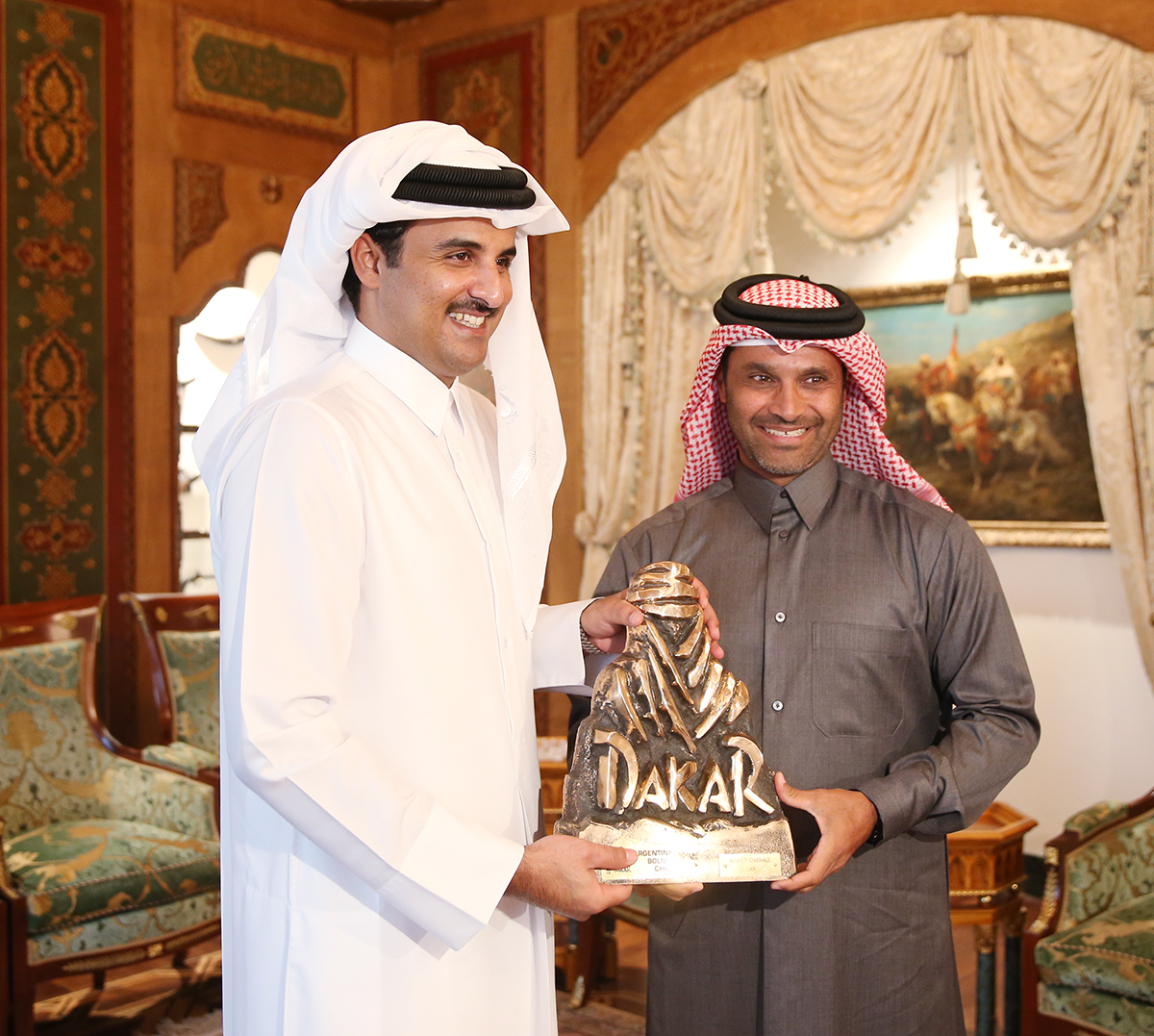 His Highness The Amir Sheikh Tamim bin Hamad Al Thani received on Thursday at Al Wajba Palace Nasser Al Attiyah on the occasion of his victory in the Dakar Rally, which was held in the Argentinian capital of Buenos Aires.

HH The Amir congratulated Al Attiyah and awarded him the Sash of Merit in appreciation of his efforts and victory, which represents an addition to Qatari sporting achievements.