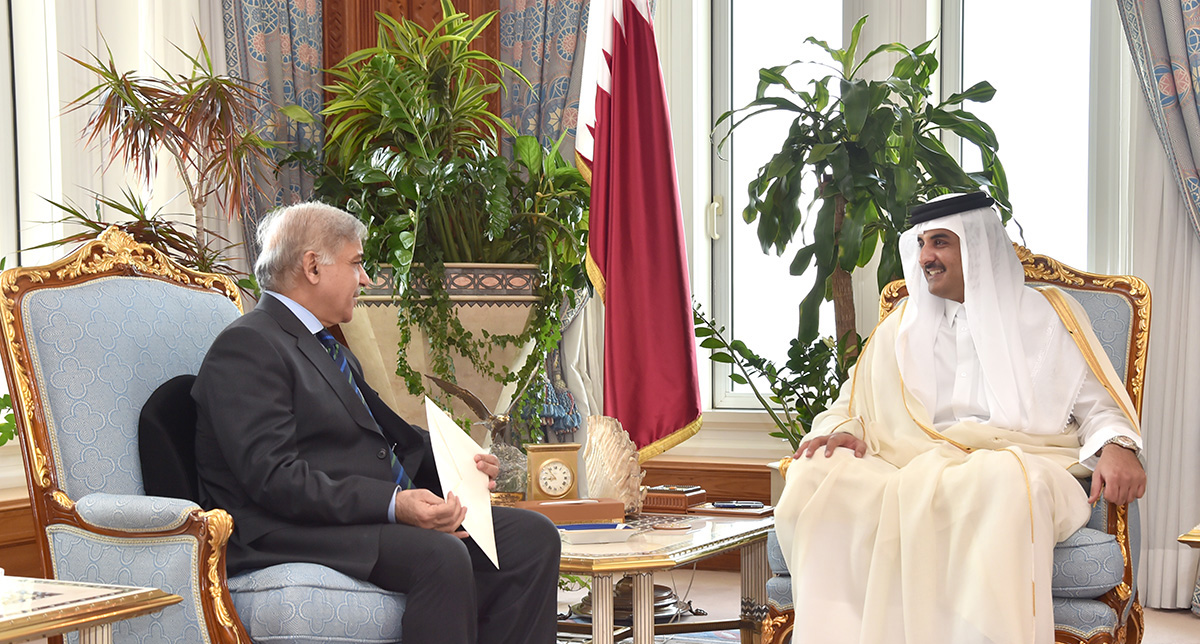 His Highness The Amir Sheikh Tamim bin Hamad Al Thani received a written message from the Prime Minister of the Islamic Republic of Pakistan, Muhammad Nawaz Sharif, pertaining to bilateral relations between the two countries and means of enhancing them.

The message was handed by Chief Minister of Punjab Province of Pakistan, Mian Mohammed Shahbaz Sharif, during a meeting with HH The Amir at his Amiri Diwan Office on Sunday.