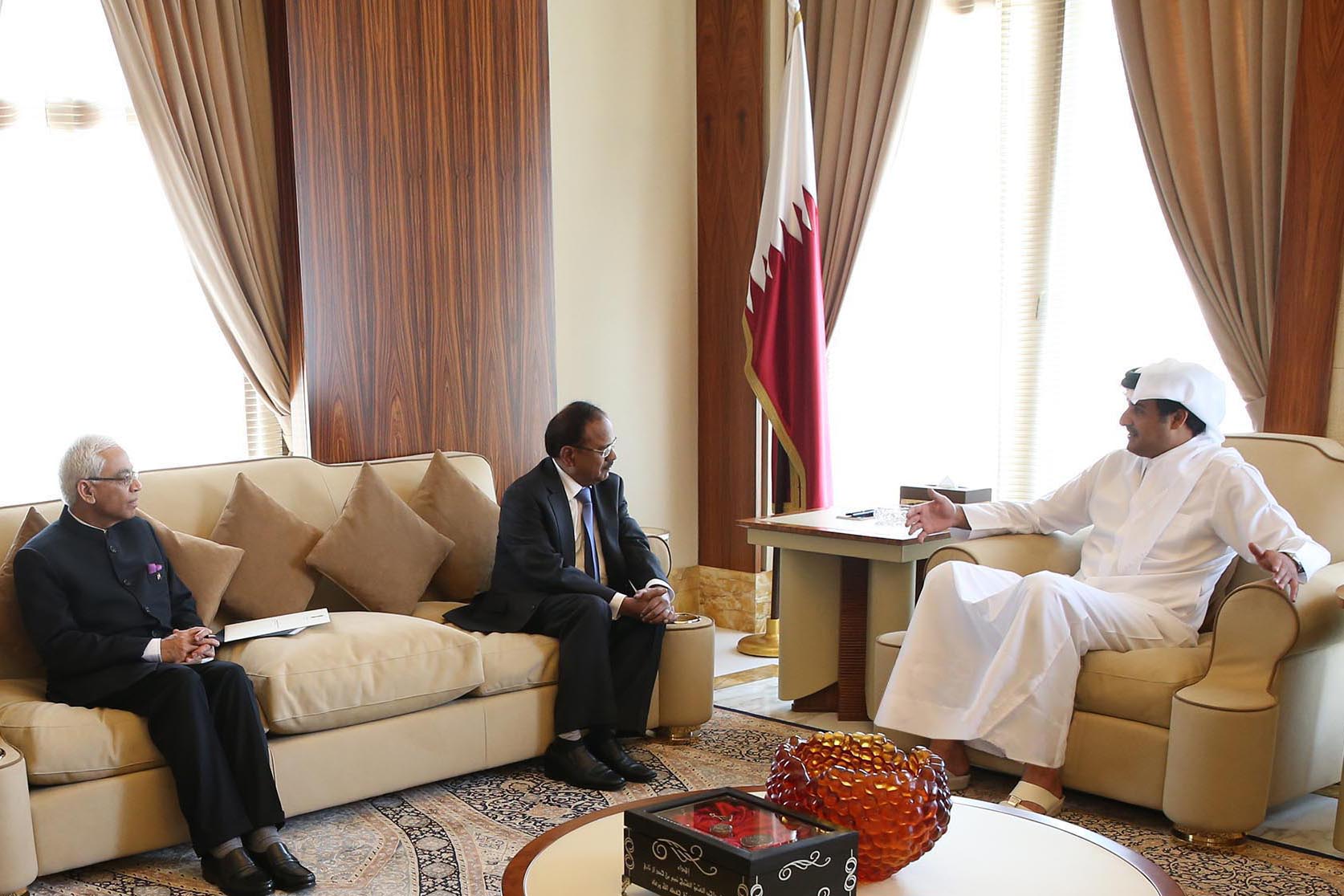 His Highness The Amir Sheikh Tamim bin Hamad Al Thani received a written message from India's Prime Minister Narendra Modi pertaining to bilateral relations between the two countries and means of enhancing them.

The message was handed by the National Security Adviser at the Government of the Republic of India, Ajit Kumar Doval, when HH The Amir received him at Al Bahr Palace on Thursday.