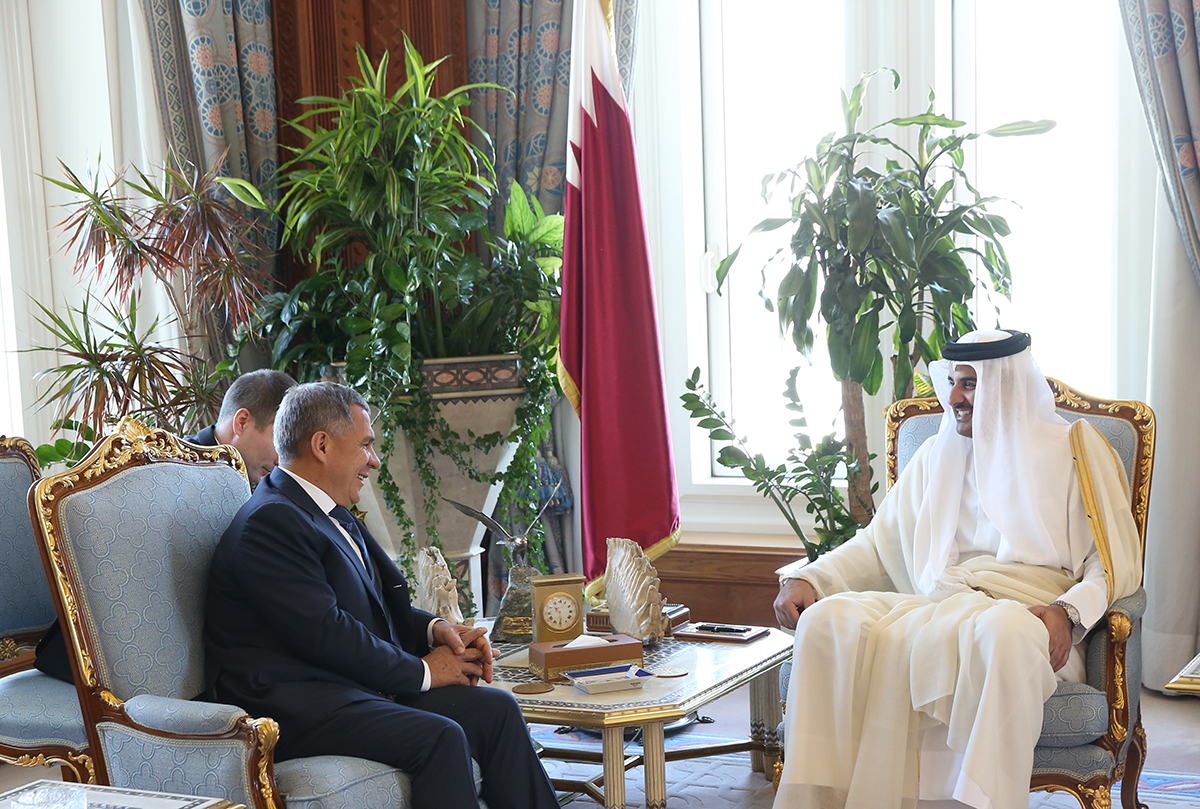 His Highness The Amir Sheikh Tamim bin Hamad Al Thani received at his Amiri Diwan office on Tuesday President of the Republic of Tatarstan Rustam Minnikhanov and his accompanying delegation.

Talks during the meeting covered bilateral relations and ways of enhancing them, as well as issues of mutual concern.