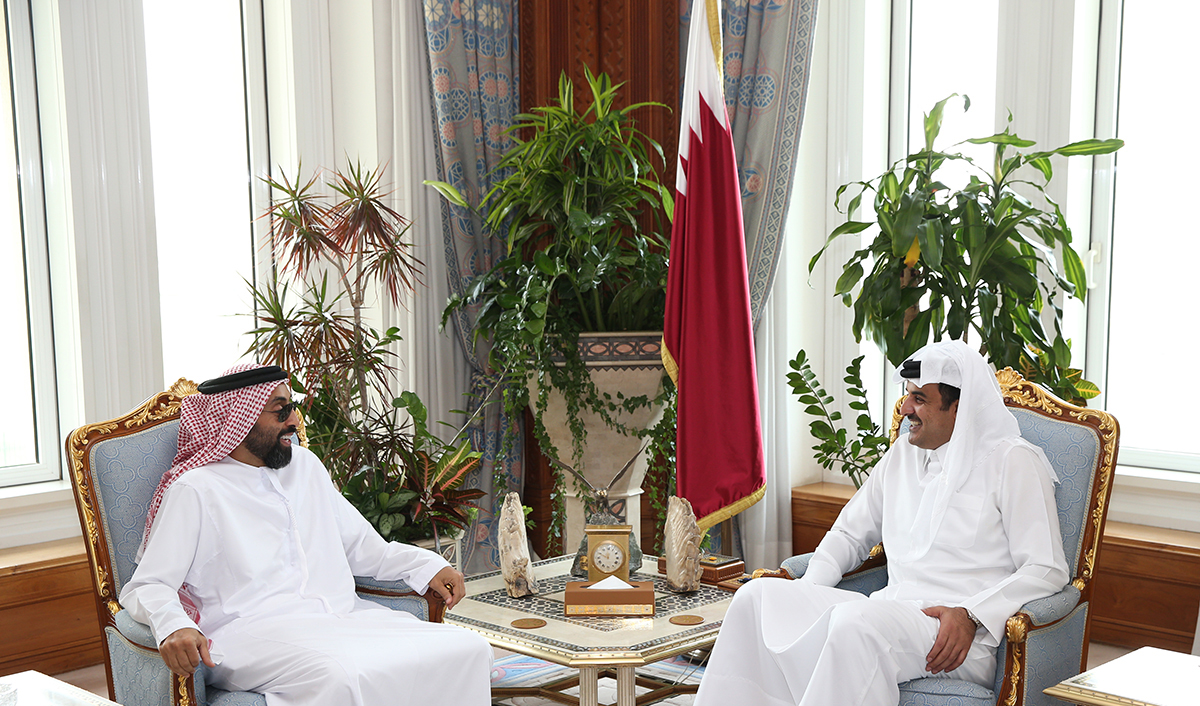 At the outset of the meeting Sheikh Tahnoon conveyed greetings of UAE President Sheikh Khalifa bin Zayed Al Nahyan and his wishes of best of health and happiness to HH The Amir and progress and prosperity to the Qatari people.

HH The Amir entrusted Sheikh Tahnoun with greetings and wishes of health to the UAE president and his wishes of further progress and prosperity to the UAE people.

During the meeting they reviewed the fraternal relations between the two brotherly countries and means of developing them and discussed matters of mutual concern.

He was welcomed upon arrival at Hamand International Airport by Chief of the Amiri Diwan Sheikh Khalid bin Khalifa Al Thani.