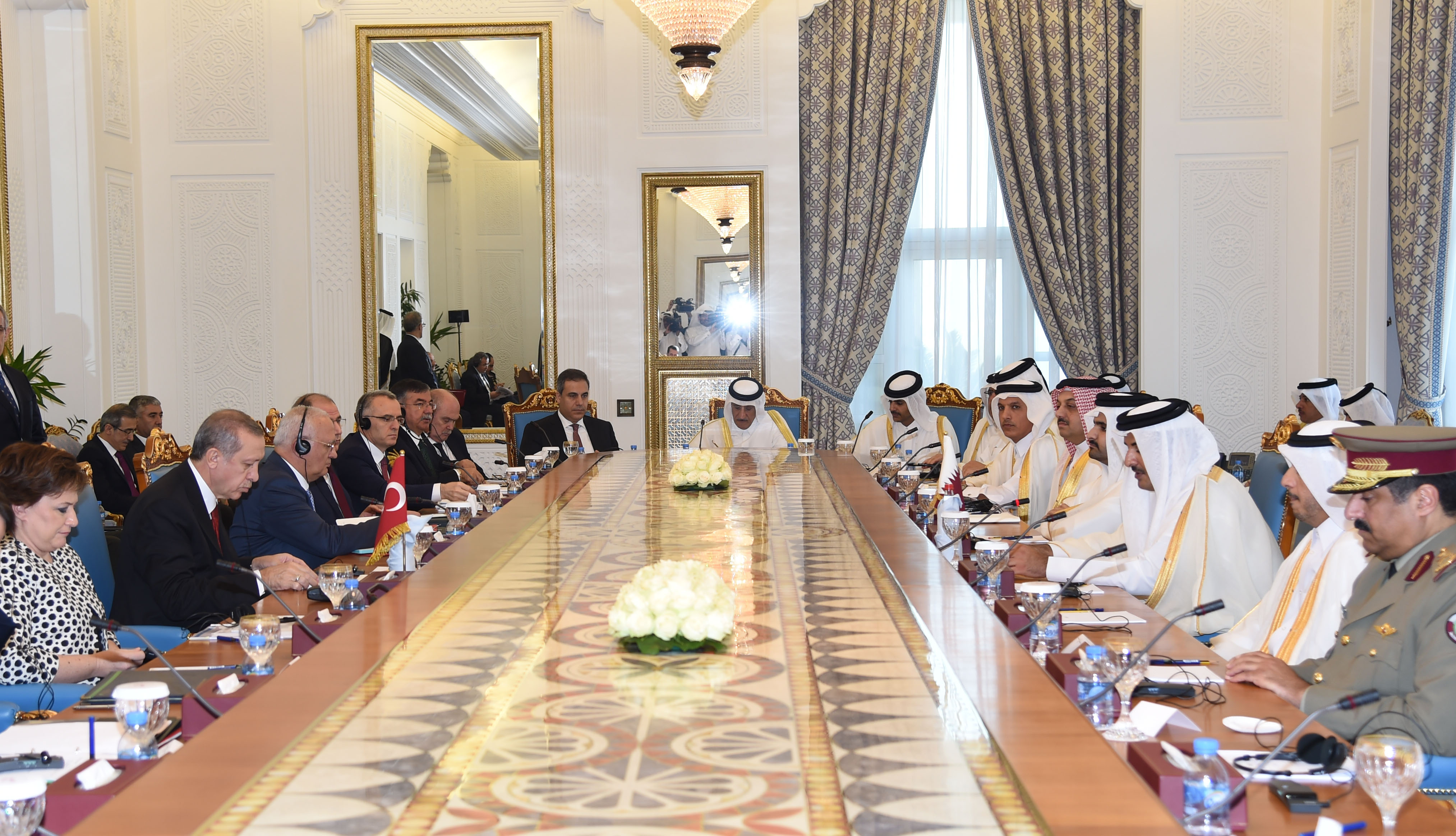 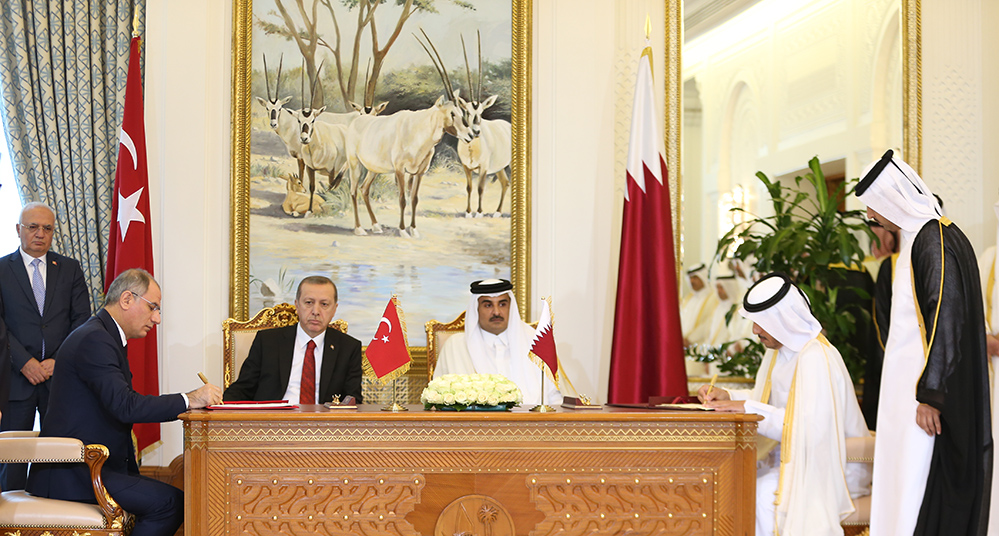 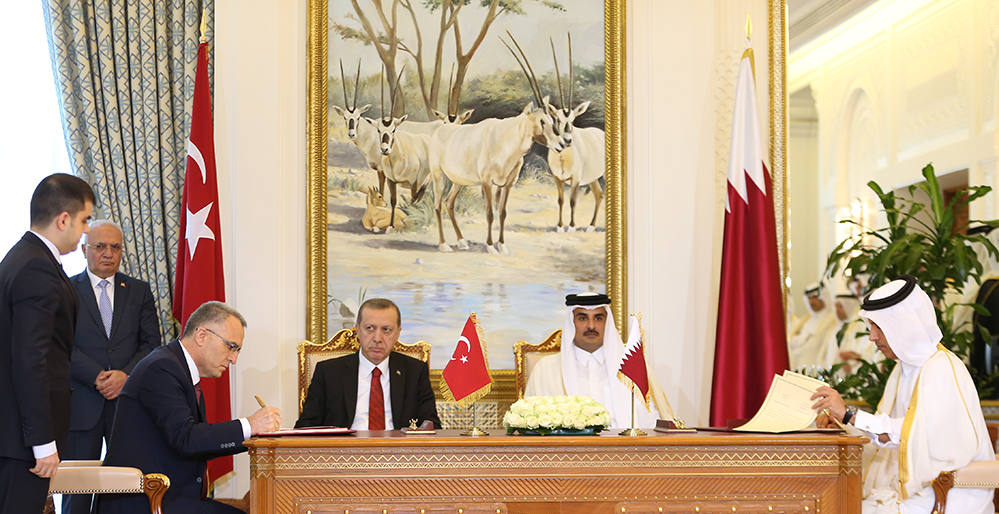 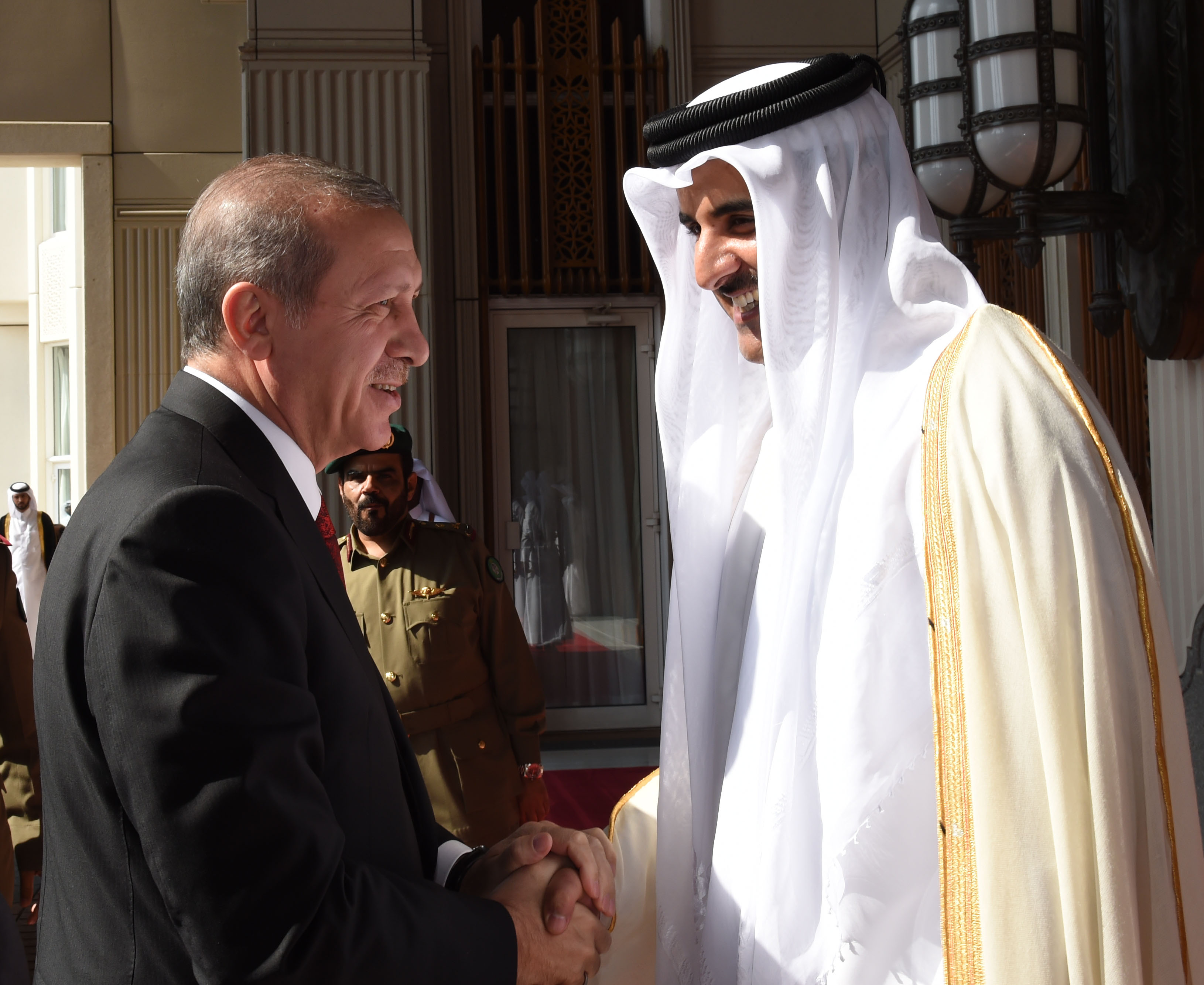 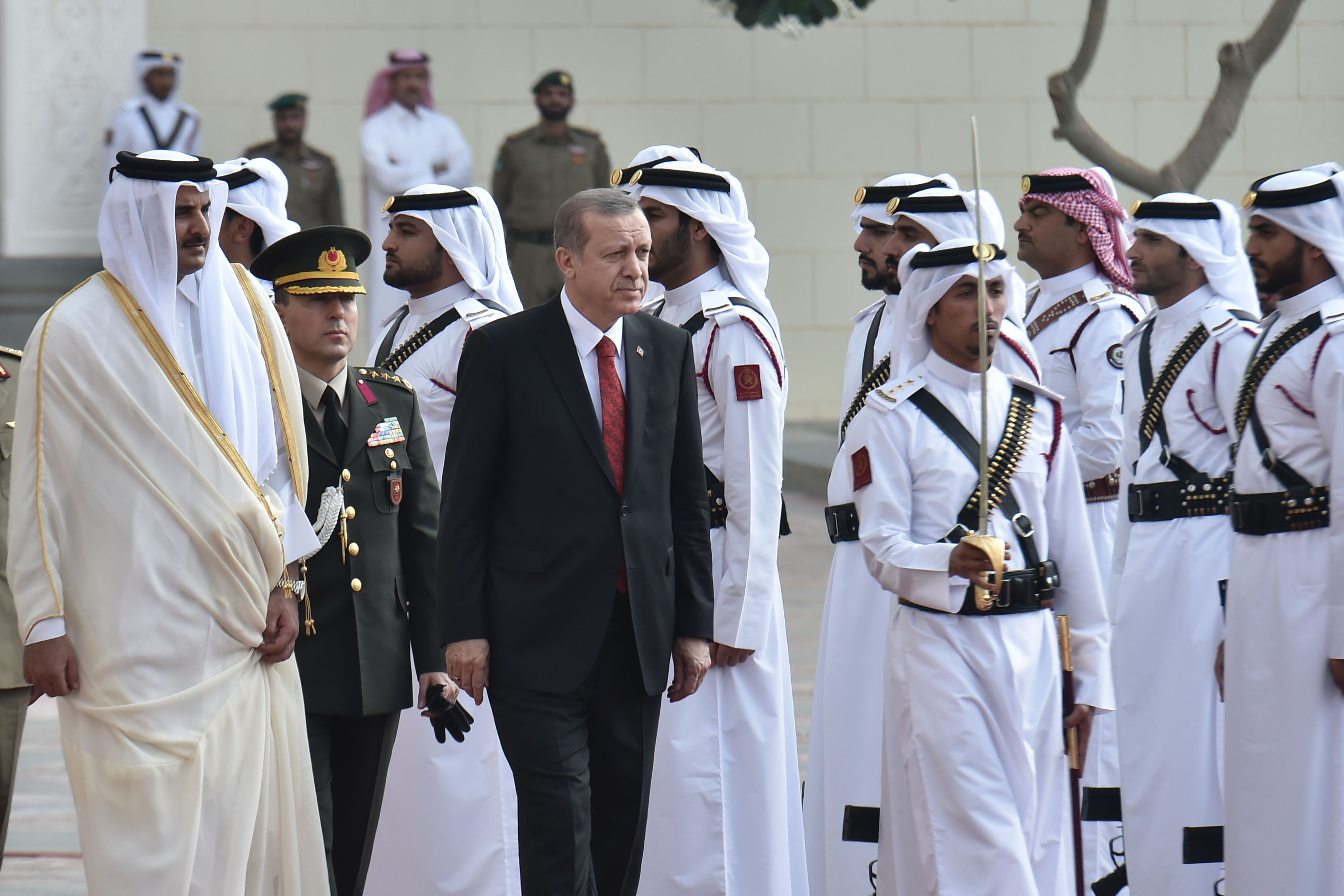 The first meeting of Qatari-Turkish Supreme Strategic Committee was held today at the Amiri Diwan under the co-chairmanship of His Highness The Amir Sheikh Tamim bin Hamad Al Thani and President of the Republic of Turkey Recep Tayipp Erdogan.

HE The Prime Minister and Minister of Interior Sheikh Abdullah bin Nasser bin Khalifa Al Thani and a number of ministers also attended.

On the Turkish side, the meeting was attended by members of the delegation accompanying the president.

At the outset of the meeting, HH The Amir welcomed the Turkish President in his second homeland, Qatar, expressing his pleasure for the visit to the convening of the first meeting of Qatari-Turkish Supreme Strategic Committee, the establishment of which will constitute a quantum leap in the distinguished relations between the two brotherly countries.

HH The Amir also expressed his confidence that the meeting would come out with fruitful results contributing to the realization of further progress and growth in all fields, adding that a set of cooperation agreements and memoranda of understanding between the two countries will be signed.

HH The Amir confirmed that the meeting would provide an opportunity for consultation on issues of mutual concern, particularly the accelerating developments in the regional and international arenas as well as the big dangers threatening security and stability in the region and the world.

For his part, the Turkish president expressed thanks and appreciation to HH The Amir for the warm reception and hospitality accorded to him and his accompanying delegation, expressing his confidence that the visit would contribute to enhancing relations between the two brotherly countries and to realizing further joint cooperation.

The meeting reviewed the close relations of cooperation between the State of Qatar and the Republic of Turkey and means of developing and enhancing them in various fields to attain the joint interests of the two countries and their brotherly peoples. It also discussed a host of regional and international issues, particularly the Palestinian problem and the situation in Syria.

After the meeting, HH The Amir and the Turkish president witnessed the signing of a number of protocols, agreements and memoranda of understanding between the two brotherly countries.

An agreement on medium and small-sized projects was also signed in addition to a memorandum of understanding on cooperation in natural gas sector between Qatar Petroleum (QP) and Turkish Potash, a cooperation protocol in the field of press and information, a draft protocol of cooperation in the field of science and technology between Qatar Foundation for Education, Science and Community Development (QF) and the Scientific and Technological Research Council of Turkey.

Before the committee's meeting, HH The Amir and the Turkish president met in the presence of HH The Deputy Amir Sheikh Abdullah bin Hamad Al Thani.

During the meeting, they discussed relations of cooperation between the two brotherly countries and means of developing them in all fields.

President Erdogan arrived earlier at the Amiri Diwan and was accorded in an official welcome.