HH The Amir Holds Talks with President of Eritrea 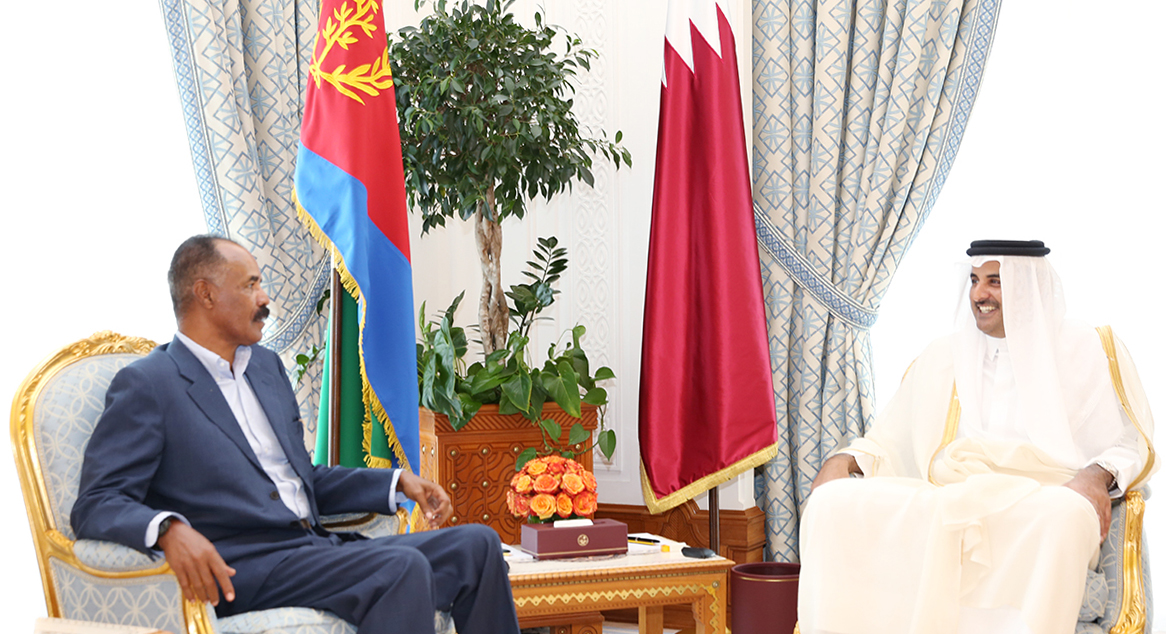 His Highness The Amir Sheikh Tamim bin Hamad Al Thani held on Wednesday at the Amiri a talks session with the President of Eritrea Isaias Afwerki.

The session dealt with the relations between the two countries and means to support and develop them in addition to a host of topics of mutual interest.

On the Eritrean side, the session was attended by members of delegation accompanying President Afwerki.

HH The Amir hosted a luncheon banquet in honor of the Eritrean President and his accompanying delegation.