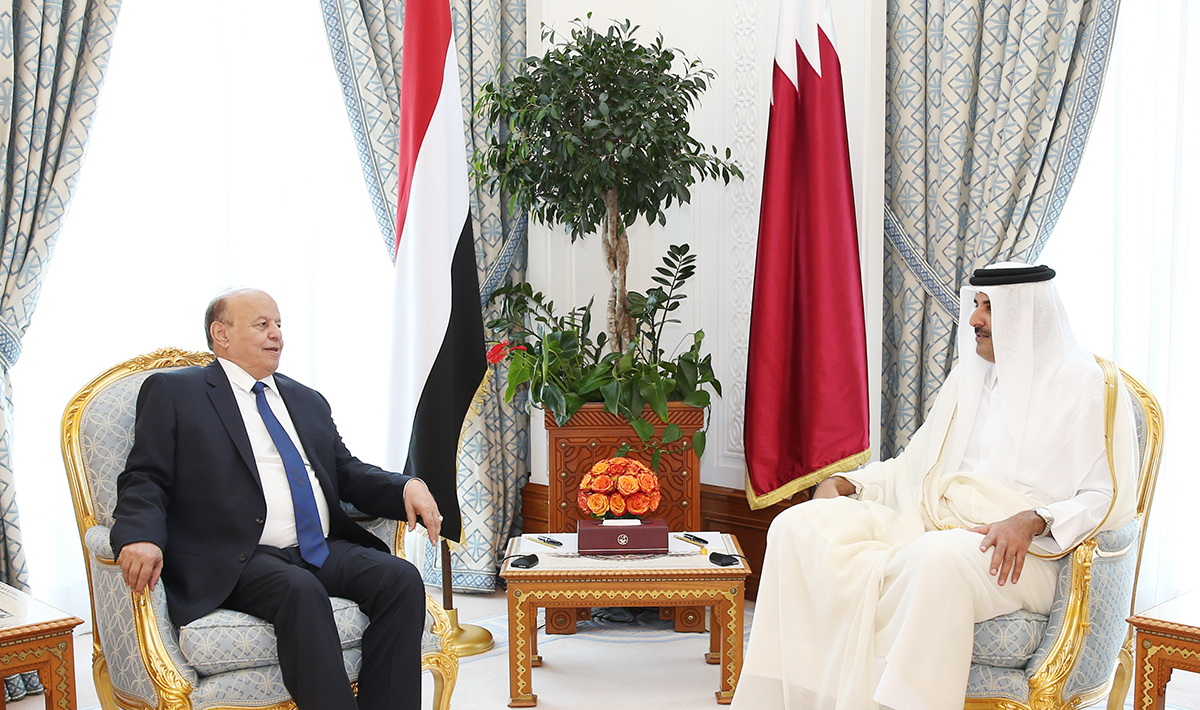 His Highness The Amir Sheikh Tamim bin Hamad Al Thani received on Tuesday with HE the President of Yemen Abd Rabu Mansour Hadi at the Amiri Diwan.

Talks during the meeting dealt with fraternal relations between  the two countries and means to promote these relations in addition to a host of topics of mutual interest.

HH The Amir stressed the State of Qatar's and the GCC States' keenness on Yemen's unity, territorial integrity, respect for its sovereignty and legitimacy and supporting the completion of the political process on the basis of the Gulf Initiative, the outcomes of the Yemeni national dialogue and the related UN Security council's resolutions.

On the Yemeni side, the meeting was attended by members of the delegation accompanying HE the President of Yemen.