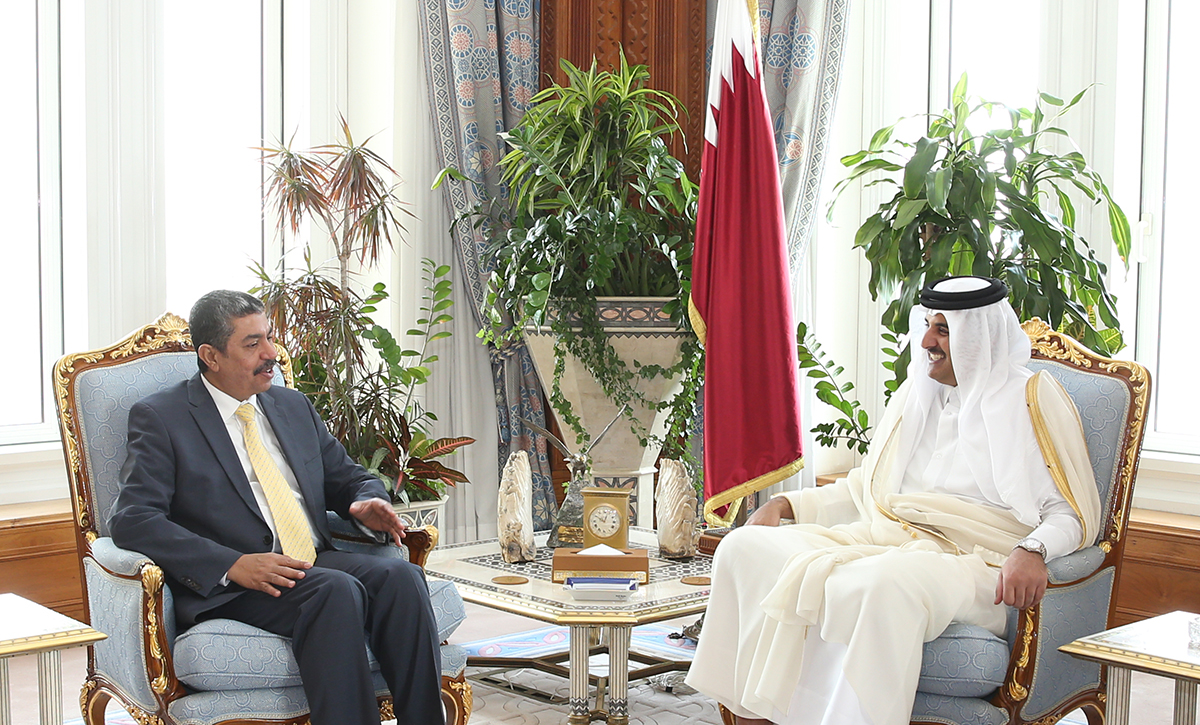 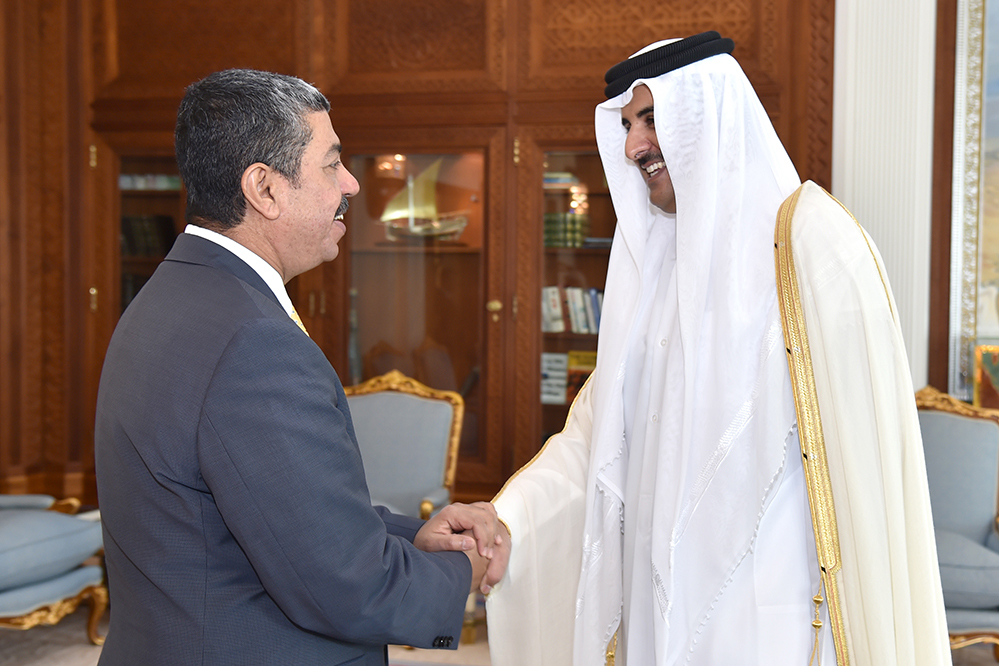 Talks during the audience dealt with the fraternal ties between the two countries and means of advancing and developing them, in addition to the latest developments in Yemen and means to develop a mechanism to implement the outcomes of national dialogue.

Yemeni Vice-President briefed HH The Amir on the developments in Yemen and efforts being made to solve the crisis and restore stability in Yemen, expressing his thanks to HH The Amir for Qatar's position in support of the legitimacy and in assisting the Yemeni people during this crisis.

HH The Amir stressed that Qatar will continue its support for the legitimacy in Yemen and its efforts to maintain the unity of Yemen and meet the Yemeni people's aspiration for security, stability and peace.