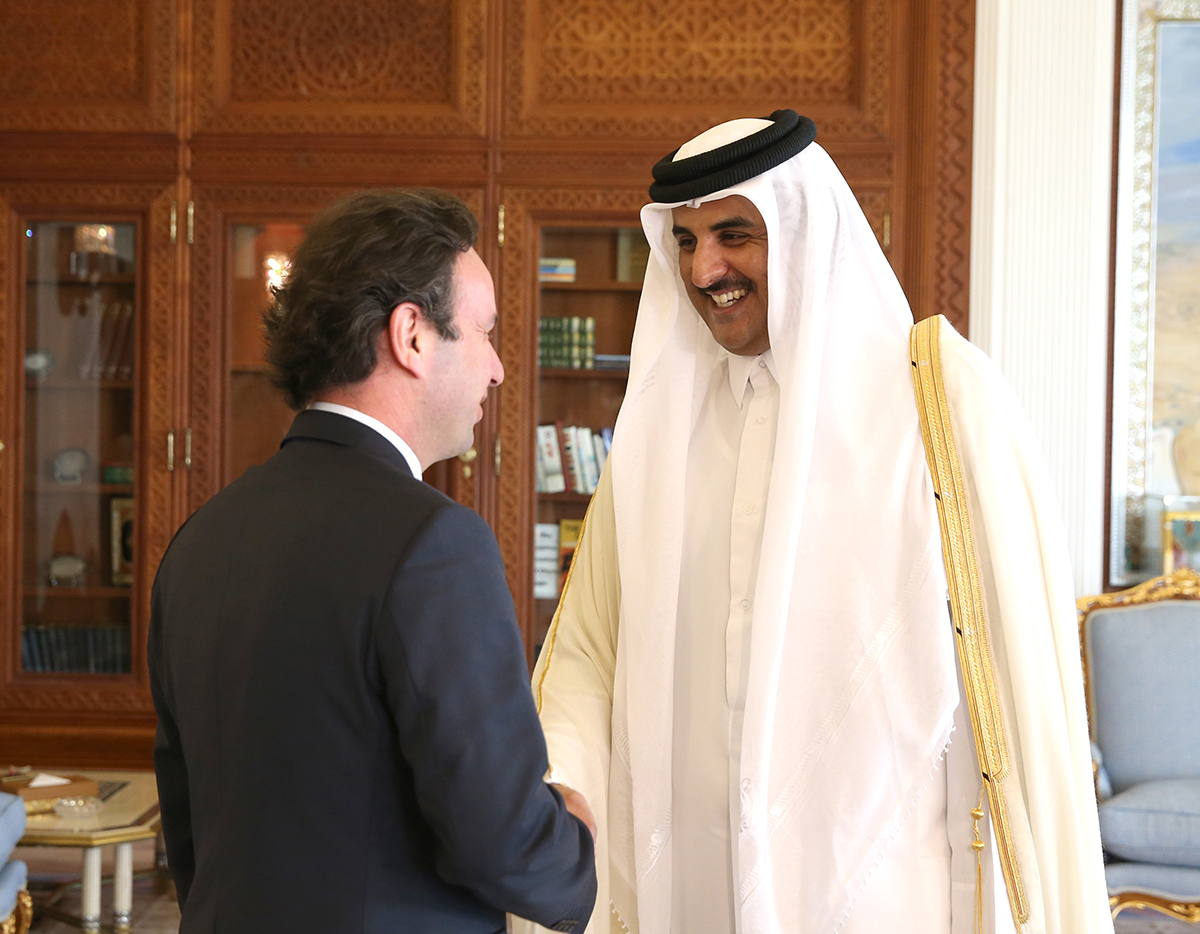 His Highness The Amir Sheikh Tamim bin Hamad Al Thani received Today at the Amiri Diwan the Chief of the Syrian National Coalition Khaled Khoja and his accompanying delegation.

During the meeting they discussed the latest developments in Syria. The chief of the Syrian National Coalition briefed HH The Amir on the programmes and plans of the coalition on how to address the situation both inside Syria and abroad.

The efforts being made to find a solution to the Syrian crisis were also reviewed.