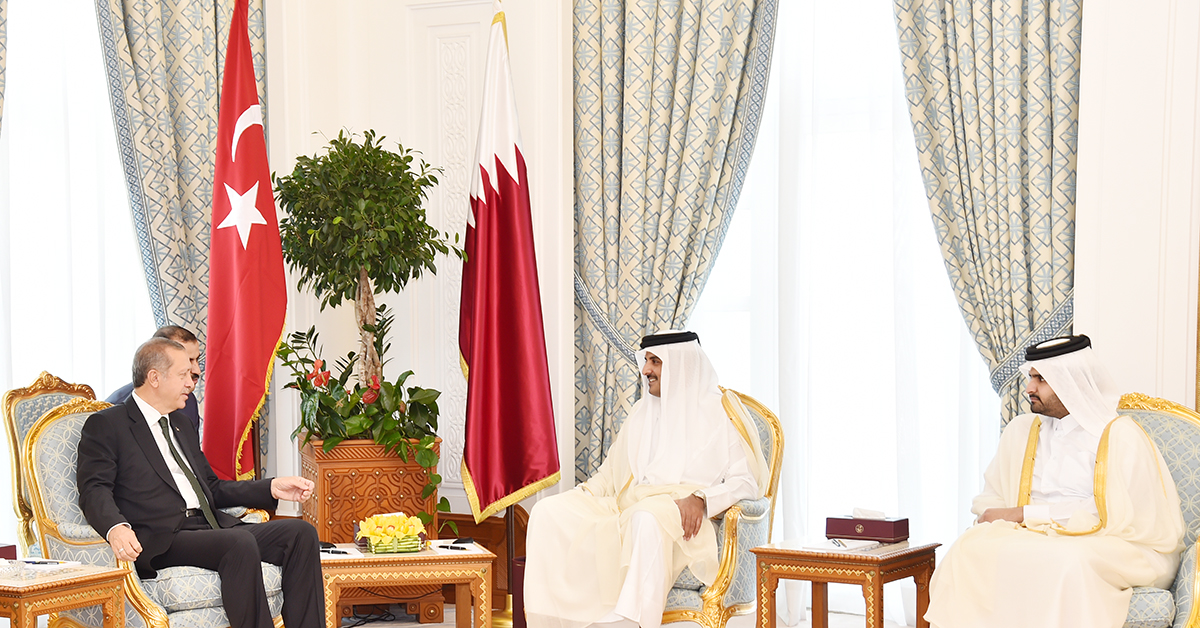 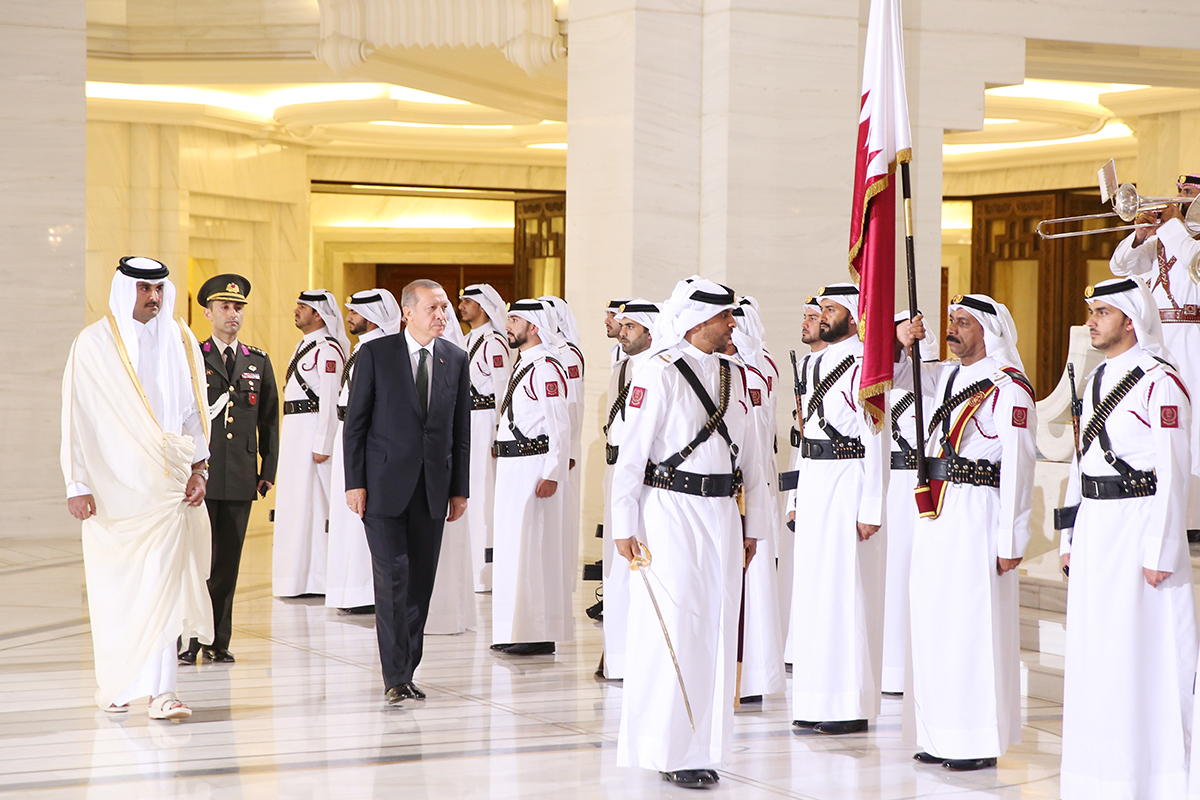 An official session of talks was held today at the Amiri Diwan between His Highness The Amir Sheikh Tamim bin Hamad Al Thani and HE the President of Turkey Recep Tayyip Erodogan.

During the session HH The Amir and HE the Turkish President reviewed relations between the two counties and means of developing them. In addition, they reviewed areas of mutual cooperation at various levels and to develop them for the good of the two peoples.

They also exchanged views on regional and international matters of mutual concern.

They agreed to set up a supreme strategic cooperation council under the co-chairmanship of HH The Amir and the Turkish President to discuss means of promoting relations between the two countries and to follow up issues in various fields.