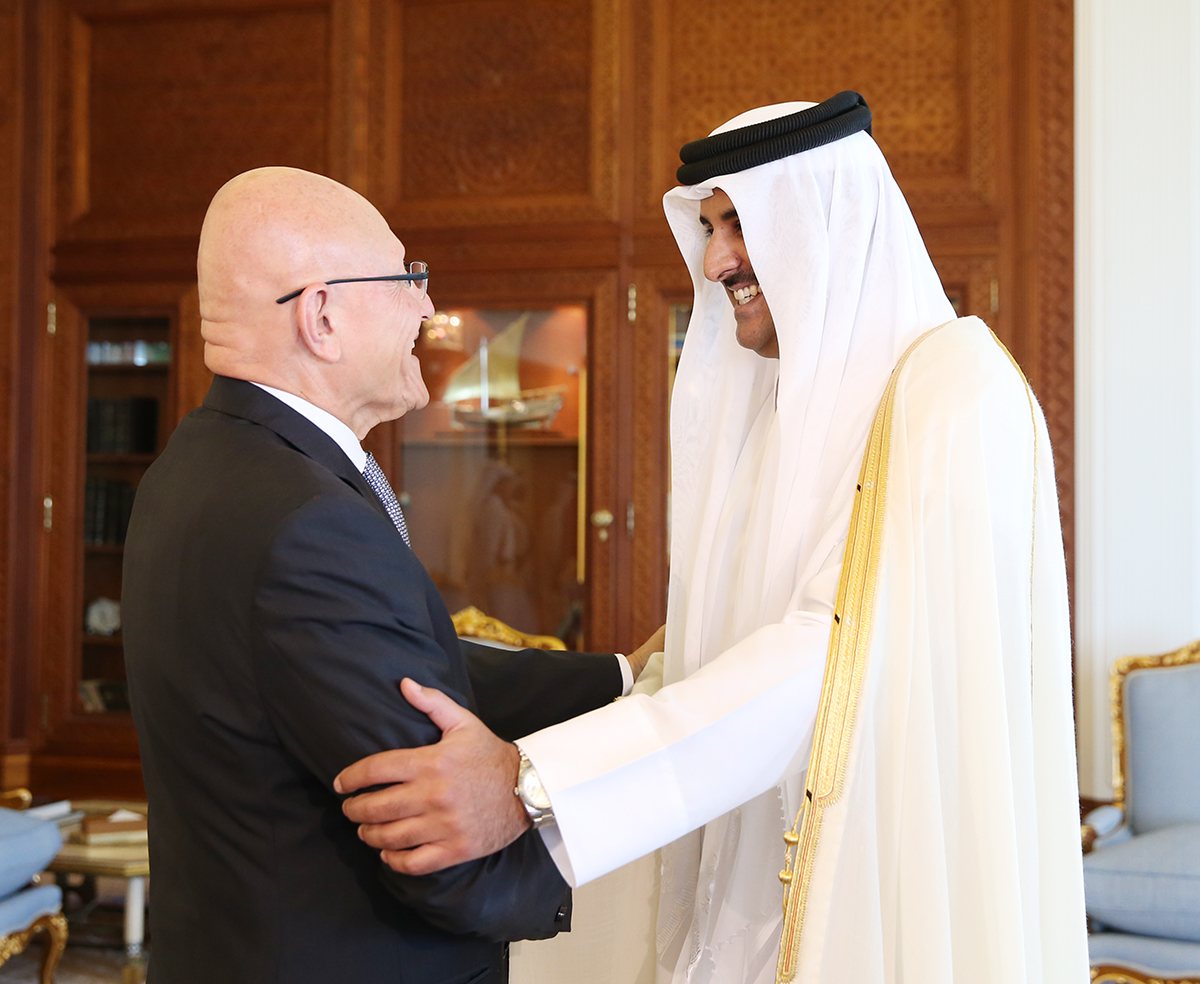 His Highness The Amir Sheikh Tamim bin Hamad Al Thani received today at his Amiri Diwan Office the Lebanese Prime Minister Tammam Salam and his accompanying delegation on the occasion of their visit to Qatar.

The Lebanese Prime Minister expressed thanks and appreciation to HH The Amir, the government and people of Qatar for their positions supportive to Lebanon during the current stage. Meanwhile Salam valued Qatar's continued efforts to secure the release of prisoners and detainees.

During the meeting they reviewed relations between the two countries and means of developing them and discussed a number of matters of mutual concern.

The meeting was attended by HE The Prime Minister and Minister of Interior Abdullah bin Nasser bin Khalifa Al Thani.