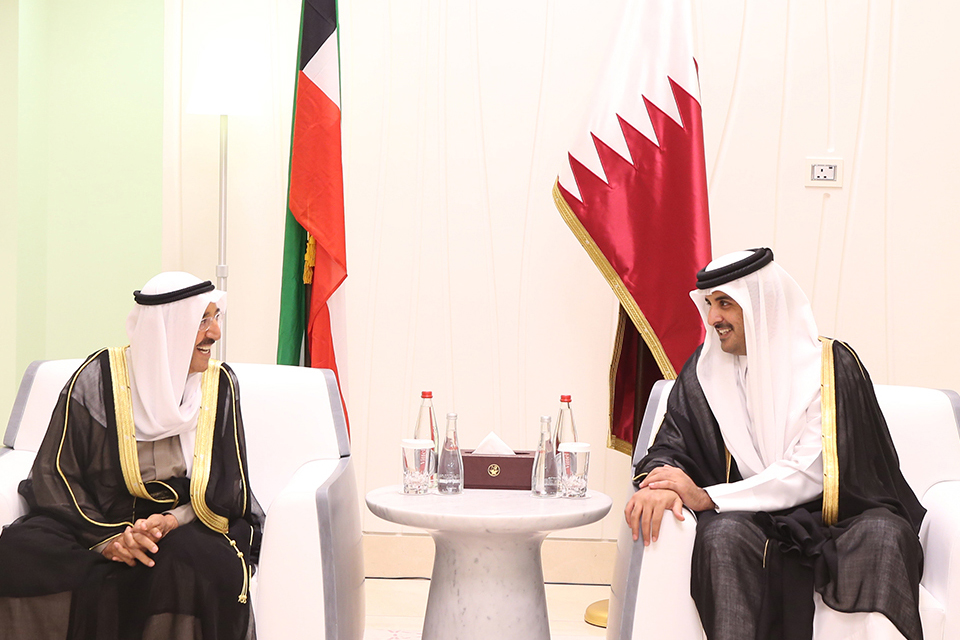 During the meeting, which was held in Hamad International Airport, the two leaders reviewed the prospects of supporting joint GCC work towards more integration, especially the means that would achieve the common interests in addition to the regional and international developments of common concern.

The meeting was attended by HE the Prime Minister and Interior Minister Sheikh Abdullah bin Nasser bin Khalifa Al Thani and a number of Their Excellencies Sheikh and ministers.

From the Kuwaiti side, the meeting was attended by Kuwait's First Deputy Prime Minister and Minister of Foreign Affairs Sheikh Sabah Khaled Al Hamad Al Sabah, and a number of Senior Kuwaiti officials.

HH The Amir welcomed The Amir of Kuwait and his accompanying delegation who arrived today at Hamad International Airport on a short fraternal visit to Doha.