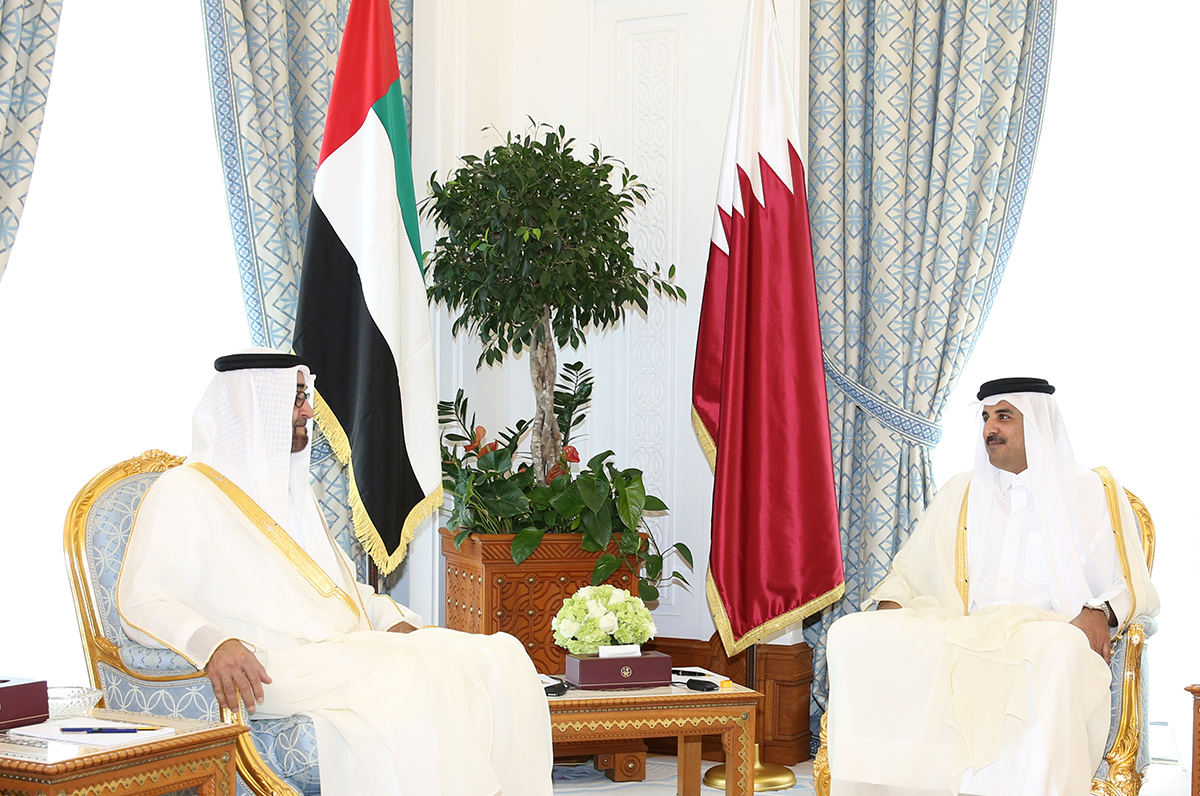 For his part, HH The Amir entrusted HH Sheikh Mohammed bin Zayed Al Nahyan to convey his wishes of bountiful good health to HH UAE President, coupled with his wishes of more growth and development for the people of the UAE.

The meeting discussed the existing fraternal relations between the two countries and the prospects of enhancing them, and discussed a number regional and international issues of common interest.

It also reviewed the progress of Gulf Cooperation Council (GCC) and the two countries' keenness on promoting joint GCC action in all that could contribute to strengthening its unity and cooperation and deepen fraternal ties between its member states and fulfil progress and prosperity for its peoples.

Also present at the meeting was HE the Prime Minister and Minister of Interior Sheikh Abdullah bin Nasser bin Khalifa Al Thani.