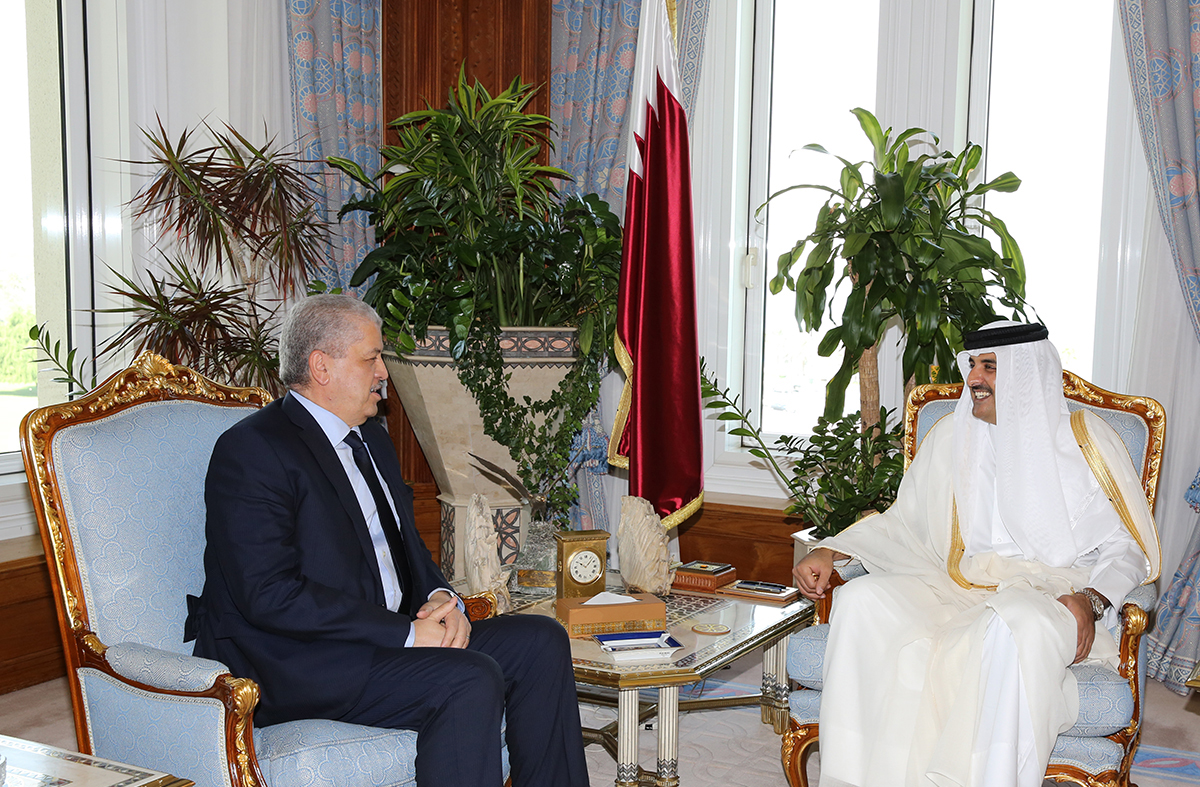 His Highness The Amir Sheikh Tamim bin Hamad Al Thani received on Sunday, at the Amiri Diwan, HE the Prime Minister of the People's Democratic Republic of Algeria Abdelmalek Sellal and his accompanying delegation.

The meeting dealt with bilateral cooperation relations, and means to support and develop them. Regional developments were as well tackled during the meeting.

The meeting was attended also by HE The Prime Minister and Minister of Interior Sheikh Abdullah bin Nasser bin Khalifa Al Thani and a number of Their Excellencies Ministers.