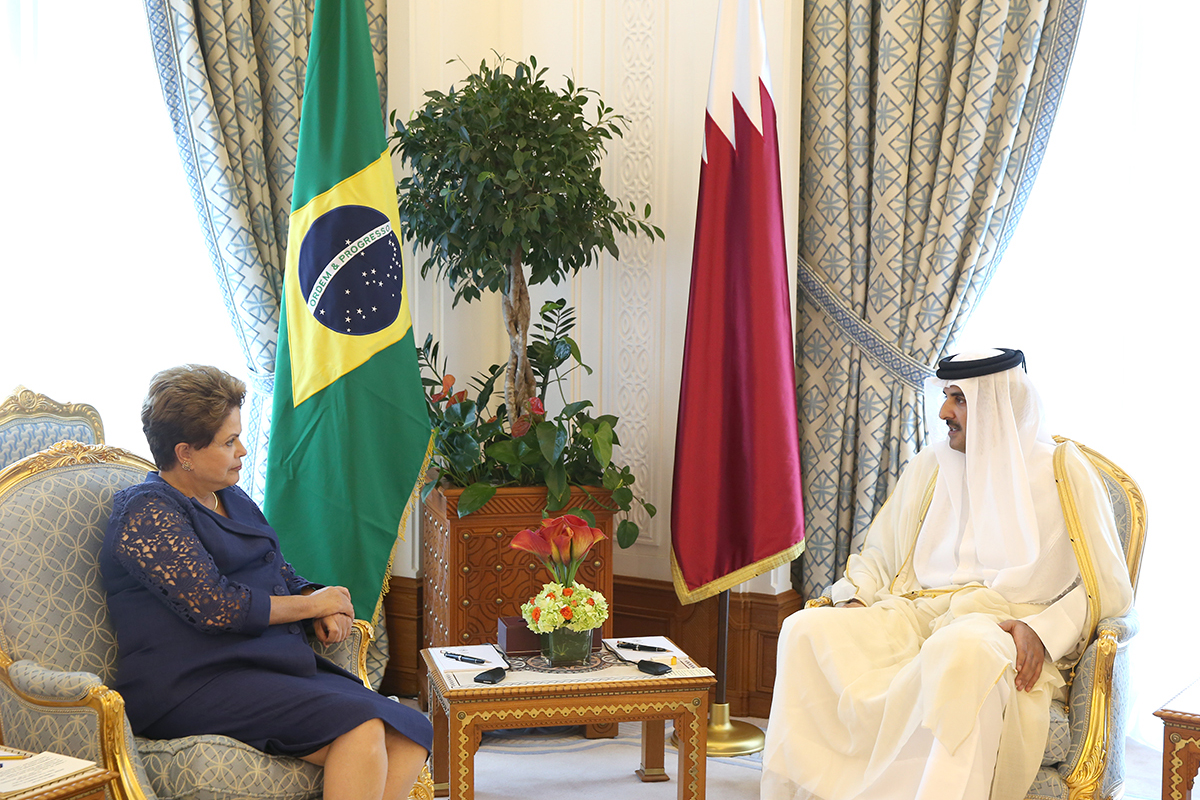 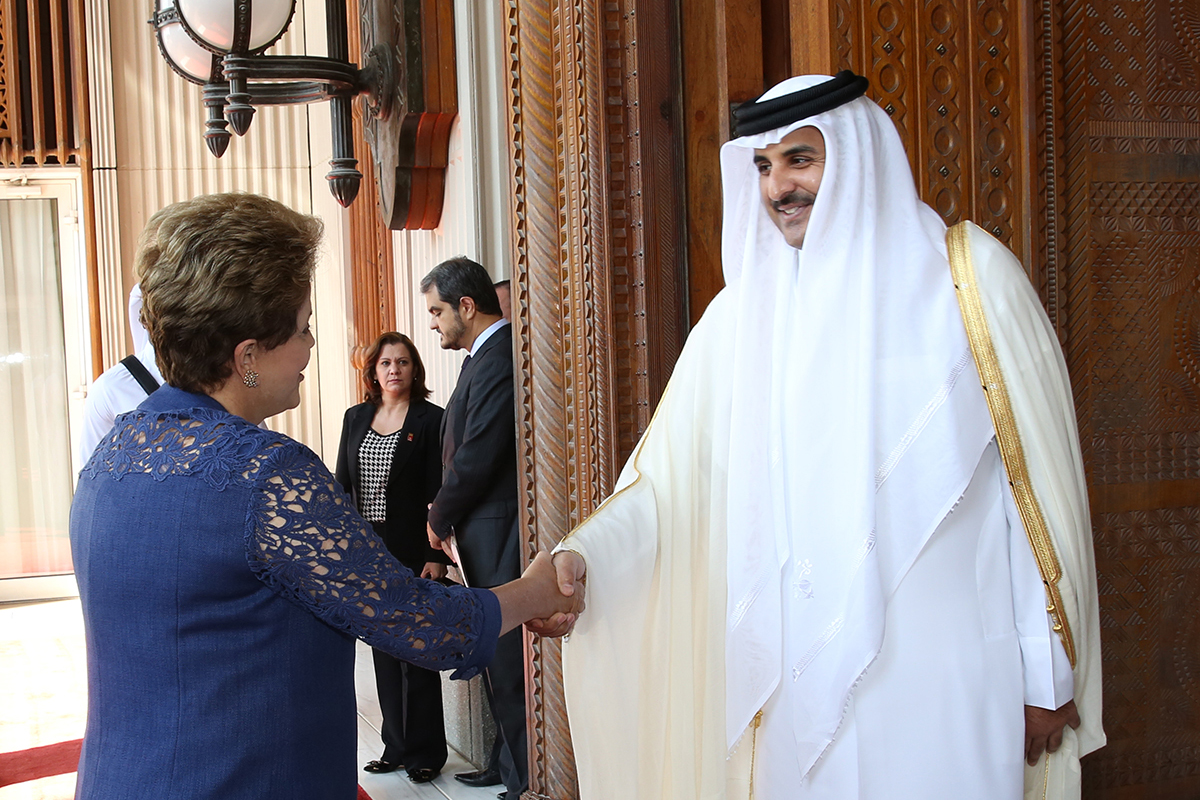 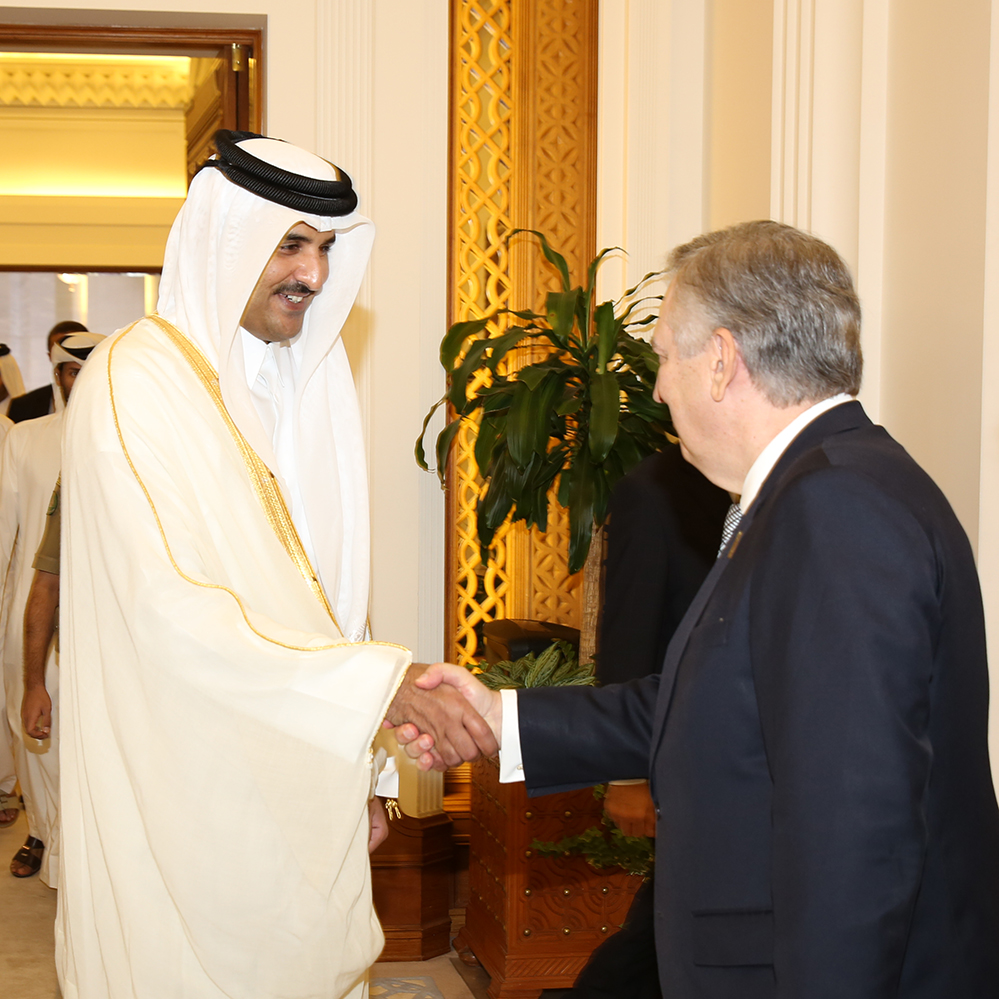 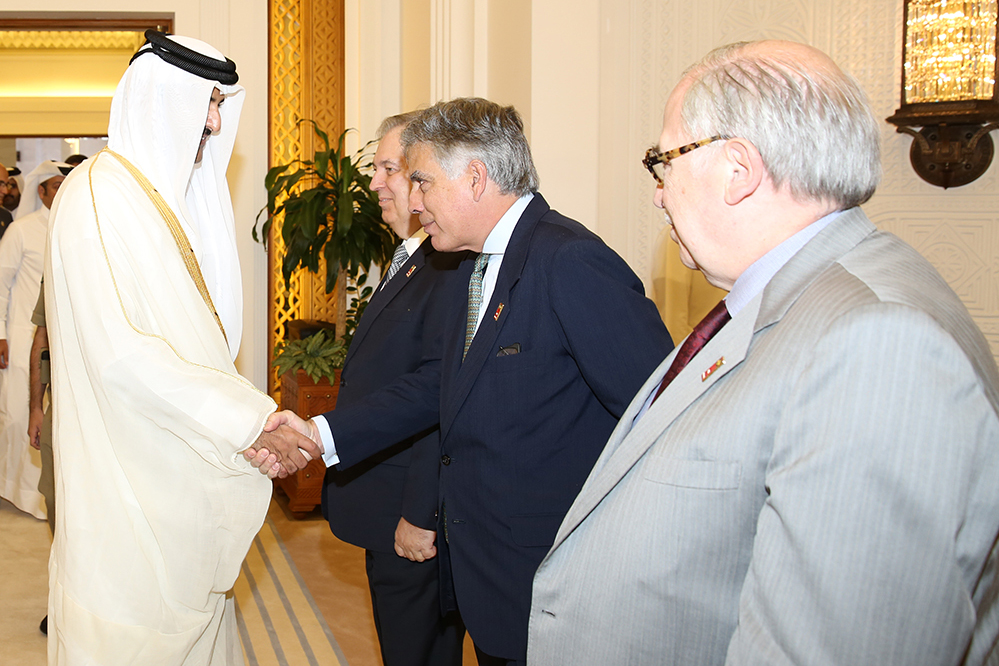 His Highness The Amir Sheikh Tamim bin Hamad Al Thani and President Dilma Rousseff, President of the Federative Republic of Brazil, held on Wednesday a session of talks dealing with the promotion and development of bilateral relations of cooperation.

During the talks held at the Amiri Diwan, the two sides agreed to set up a joint committee between the two countries dealing with coordination and cooperation in all fields so as to achieve common interests and welfare of the two peoples and the two countries, including economic and investment fields.

Talks during the meeting dealt also with a number of regional and international issues of common interest.

The talks were attended by HH The Deputy Amir Sheikh Abdullah bin Hamad Al Thani, and Their Excellencies the Ministers, and for the Brazilian side by members of the delegation accompanying President Rousseff.

Reception of President of Brazil