HH The Amir Hold Talks with President of Benin 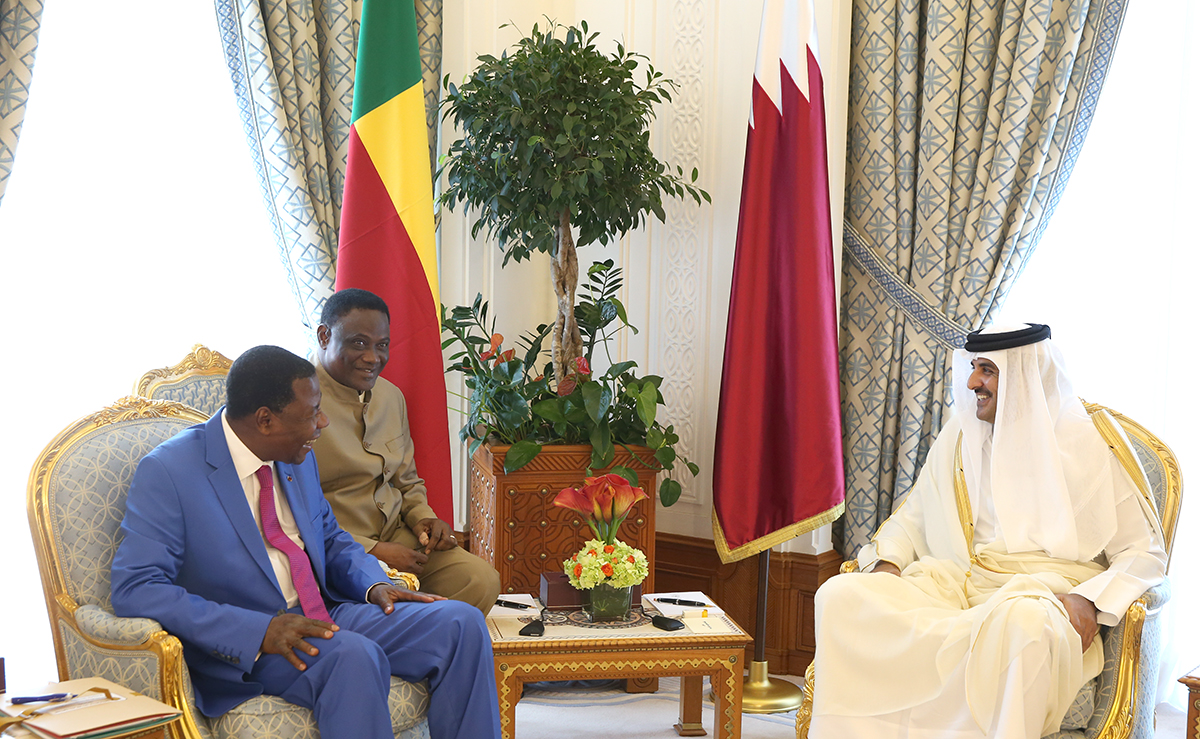 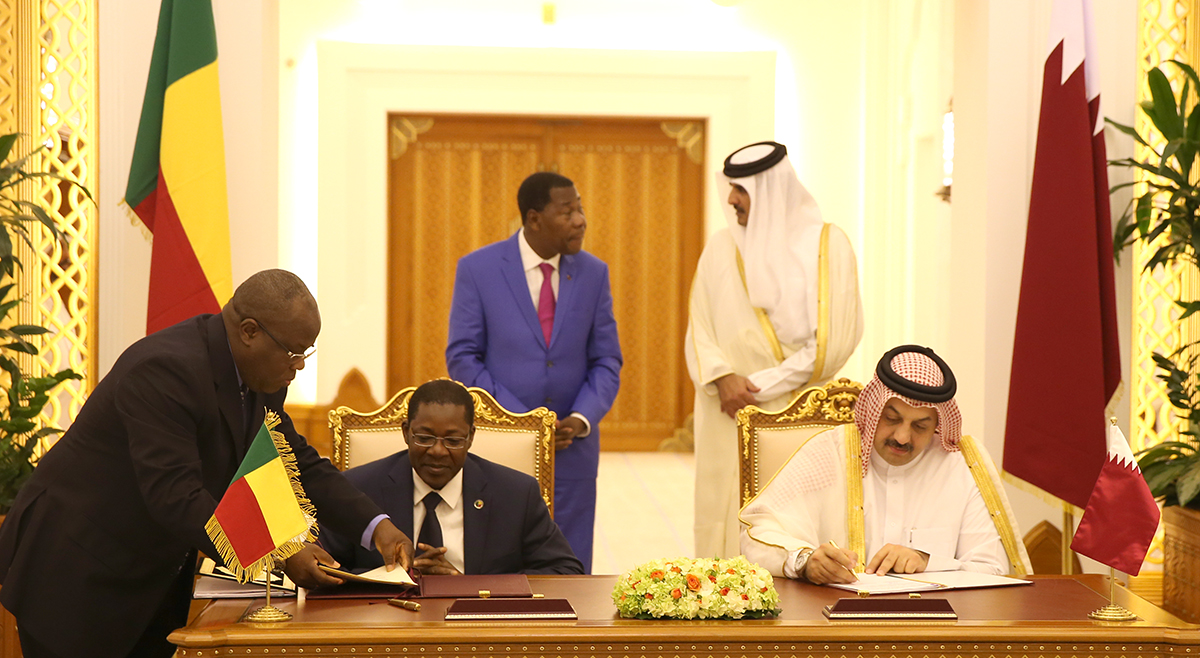 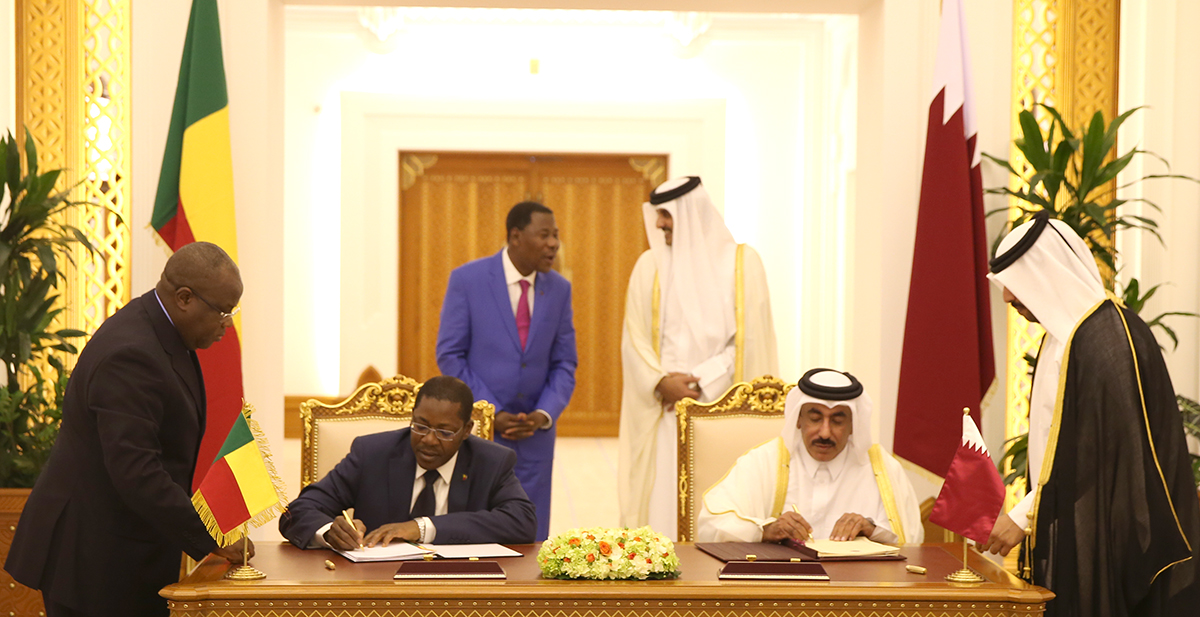 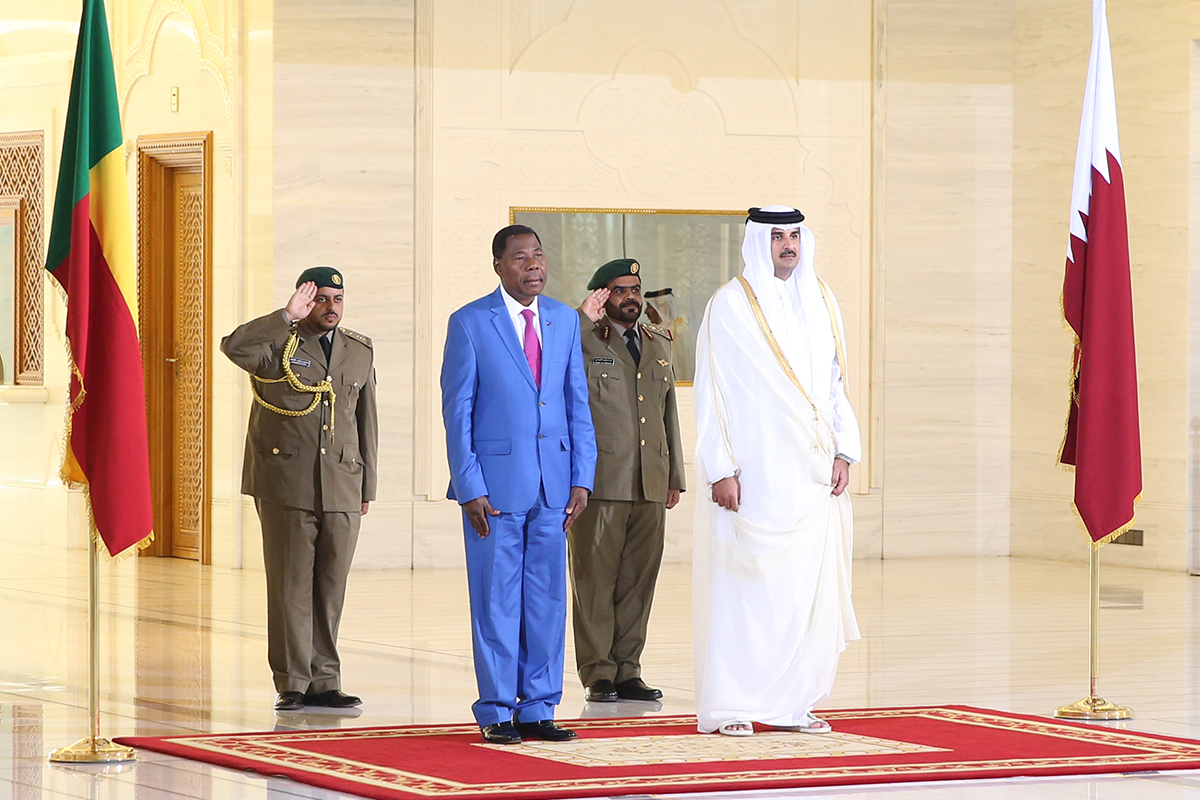 On the Qatari side HH The Deputy Amir Sheikh Abdullah bin Hamad Al Thani and a number of Their Excellencies ministers attended the session.

On Benin's side, members of the official delegation accompanying President Boni attended the session.

The session dealt with bilateral cooperation relations and ways to develop them in different fields in addition to topics of mutual interest.

Following the talks session, HH The Amir and HE the President of Benin witnessed the signing of a twinning agreement between the Municipality of Al Wakra city, and the Municipality of Djougou city in the Republic of Benin and an air services agreement between the Government of the State of Qatar and the Government of the Republic of Benin.

HH The Amir hosted a luncheon banquet in honor of the President of Benin and his accompanying delegation.

HE the President of Benin arrived earlier at the Amiri Diwan where he was accorded an official reception ceremony.

Reception of President of Benin