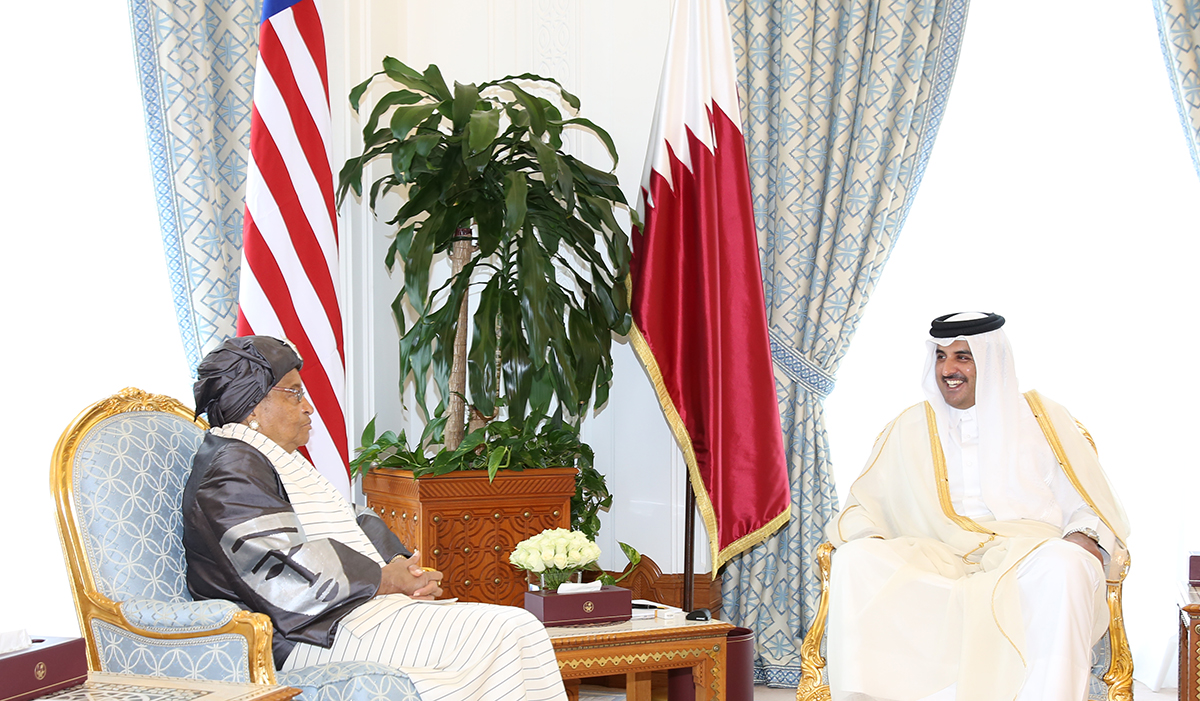 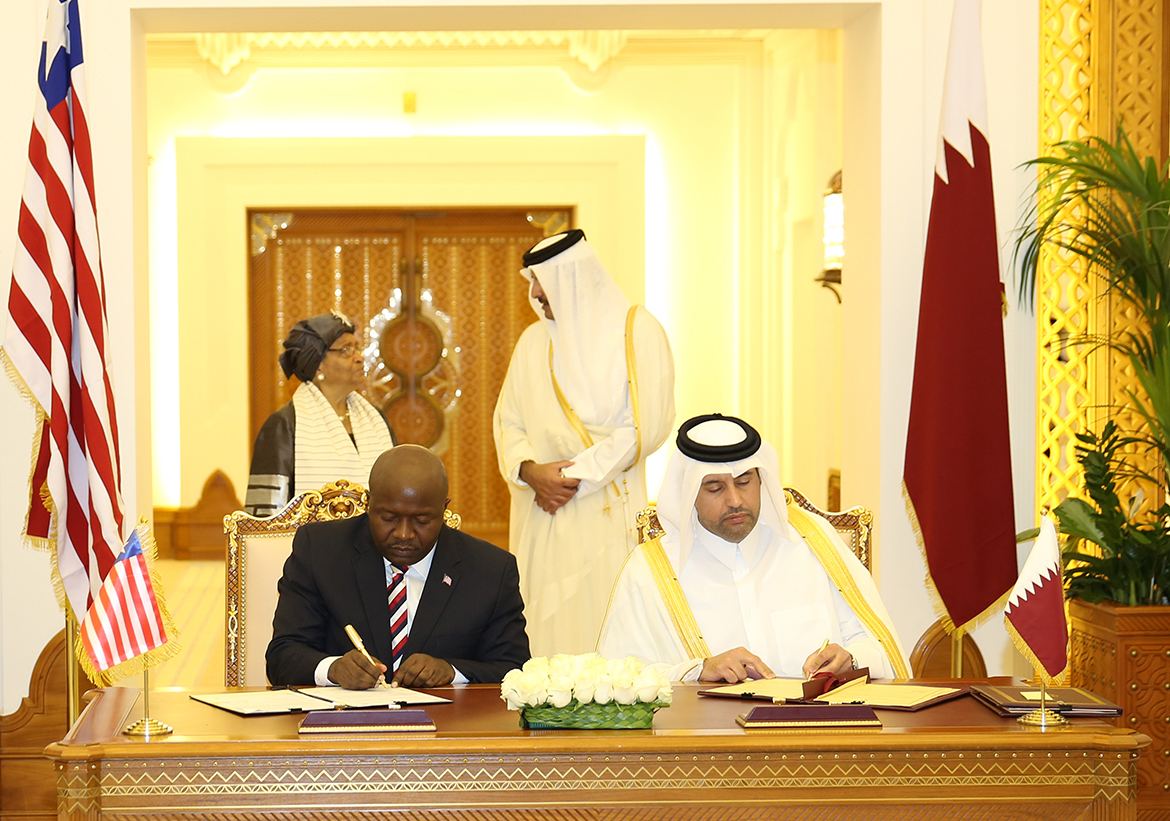 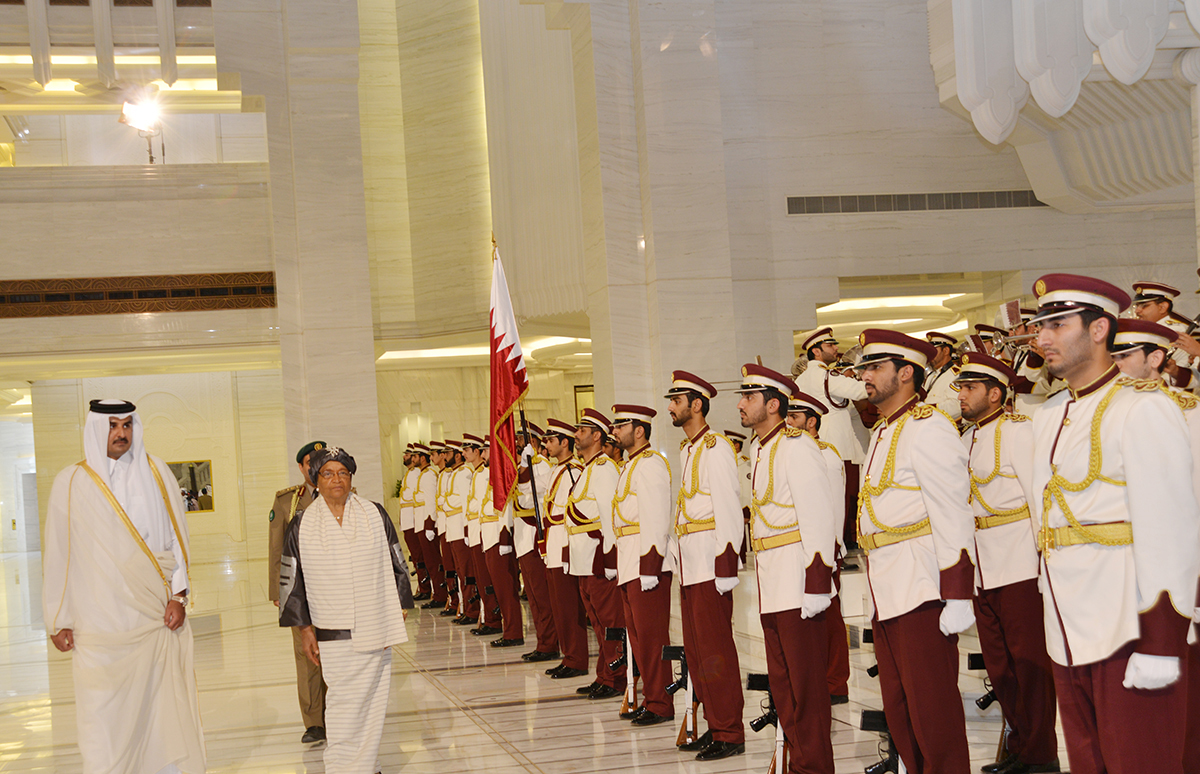 A round of official talks started at the Amiri Diwan on Wednesday between the state of Qatar led by His Highness The Amir Sheikh Tamim bin Hamad Al Thani and the Republic of Liberia headed by President Ellen Johnson Sirleaf who is now visiting Qatar.

During the talks the two sides reviewed ties of joint cooperation and means of enhancing and updating them. A set of other issues of mutual concern was also taken up.

Later HH The Amir hosted a luncheon banquet in honour of the Liberian president and the official accompanying delegation.

The Liberian President Ellen Johnson Sirleaf arrived at the Amiri Diwan earlier and was accorded a red-carpet reception ceremony.

Reception of President of Liberia