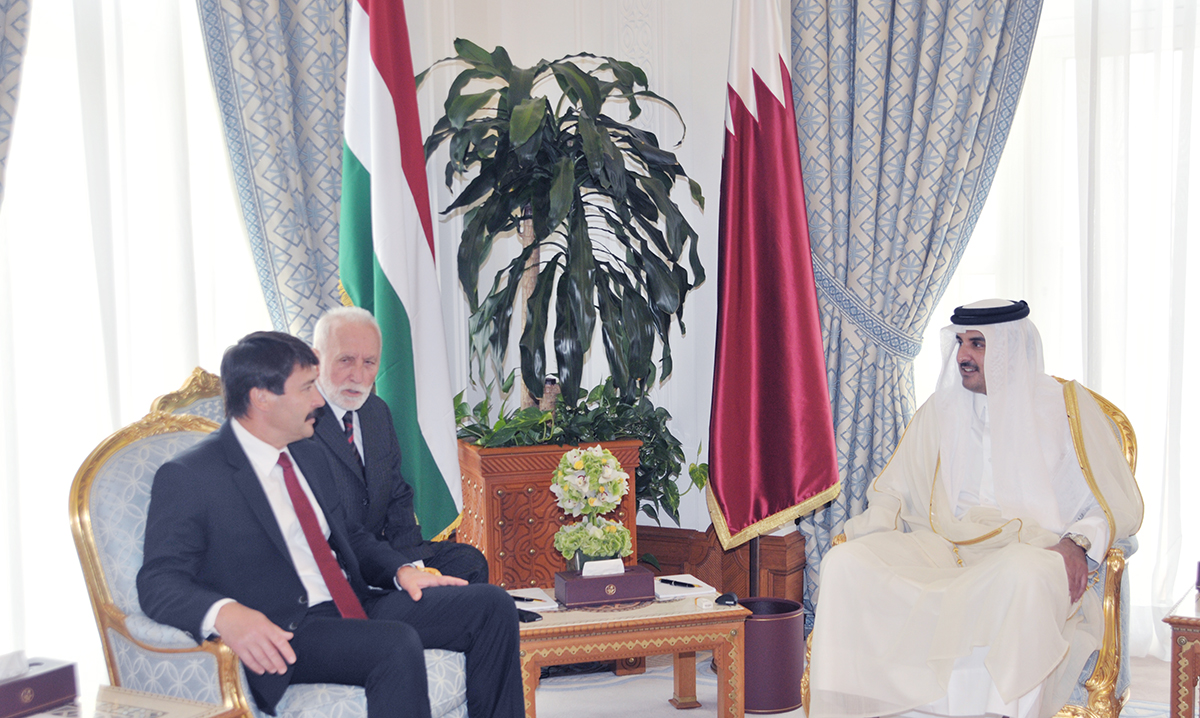 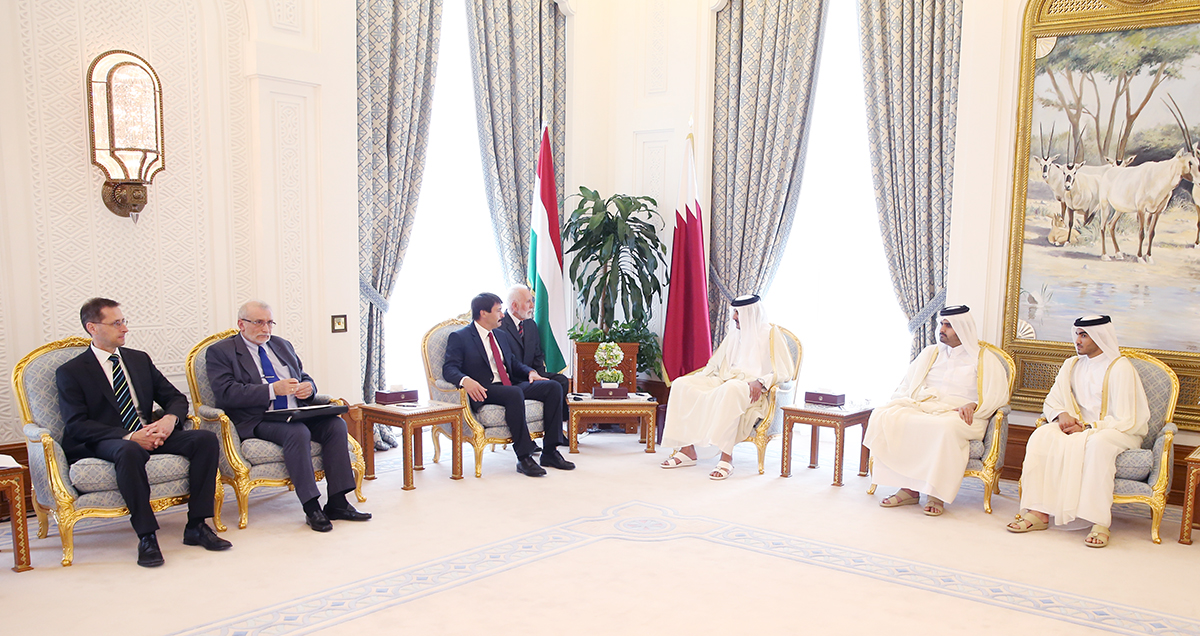 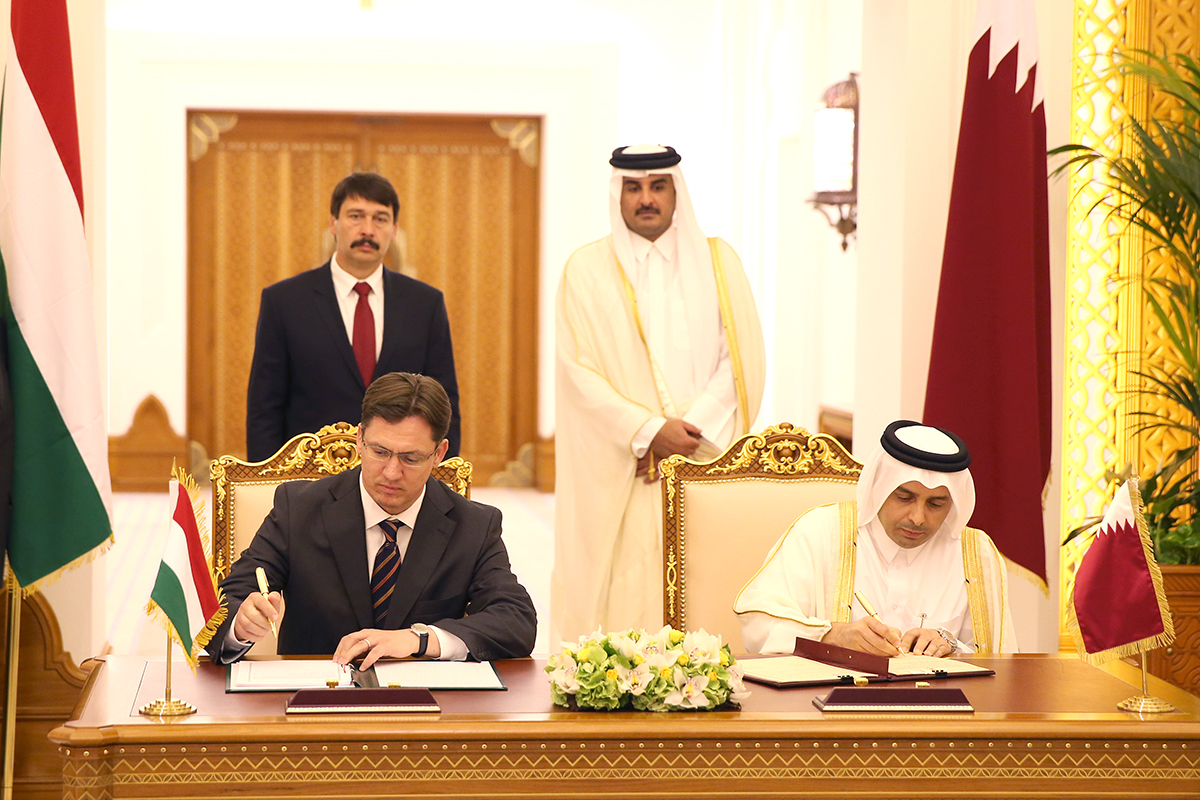 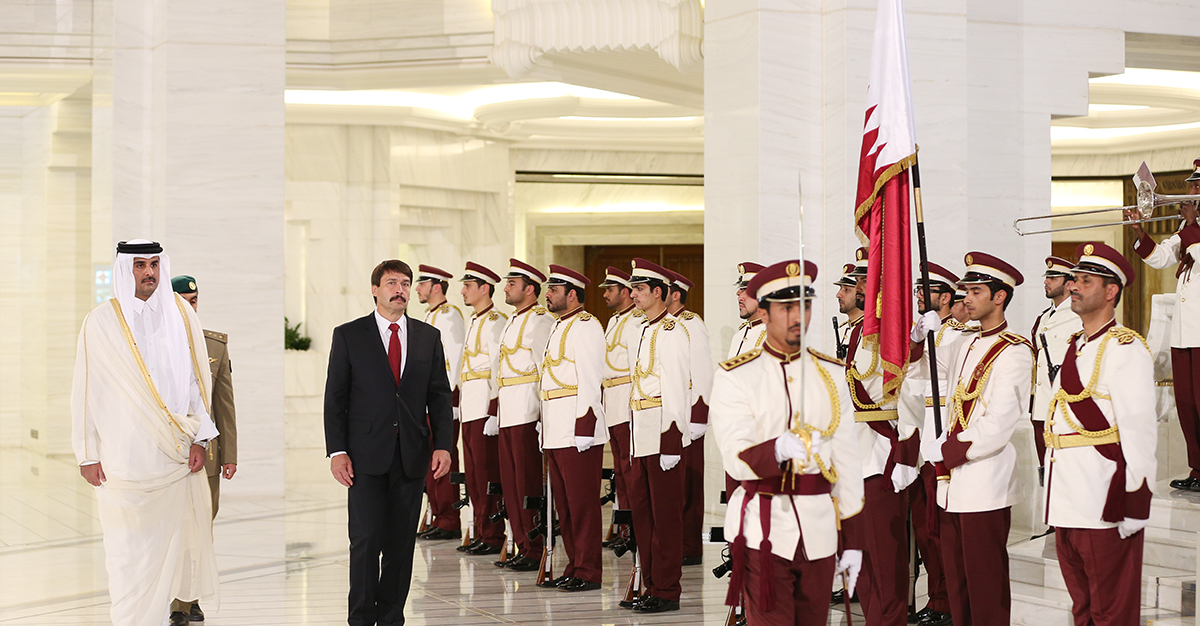 A round of official talks began at the Amiri Diwan on Tuesday between the State of Qatar headed by HH The Amir Sheikh Tamim Bin Hamad Al Thani and the Republic of Hungary led by HE Hungarian President Janos Ader who is visiting Qatar.

Over the talks, the two sides reviewed ties of joint cooperation and means of enhancing and developing them in all fields.

HH The Amir and the Hungarian President witnessed the signing of a cooperation agreement in education, higher education and scientific research field between the governments of the two countries.

Then HH The Amir hosted a luncheon banquet in honour of the Hungarian President and the accompanying delegation.

Reception of President of Hungary