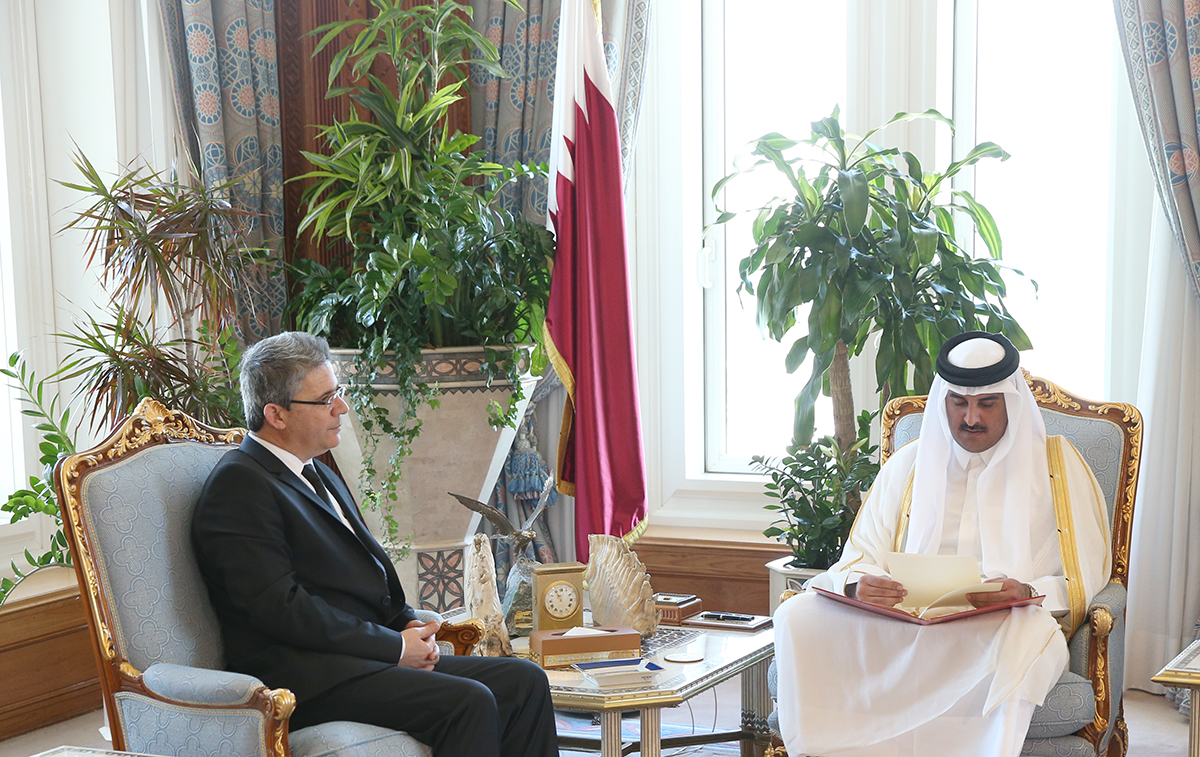 His Highness The Amir Sheikh Tamim bin Hamad Al Thani received a written message from President of the Tunisian Republic Moncef Marzouki, pertaining to bilateral relations and ways of enhancing them.

The message was handed over by Head of the Presidential Court and official spokesman for the presidency of Tunisia Adnan Mansar, when HH The Amir met him at the Amiri Diwan office today.