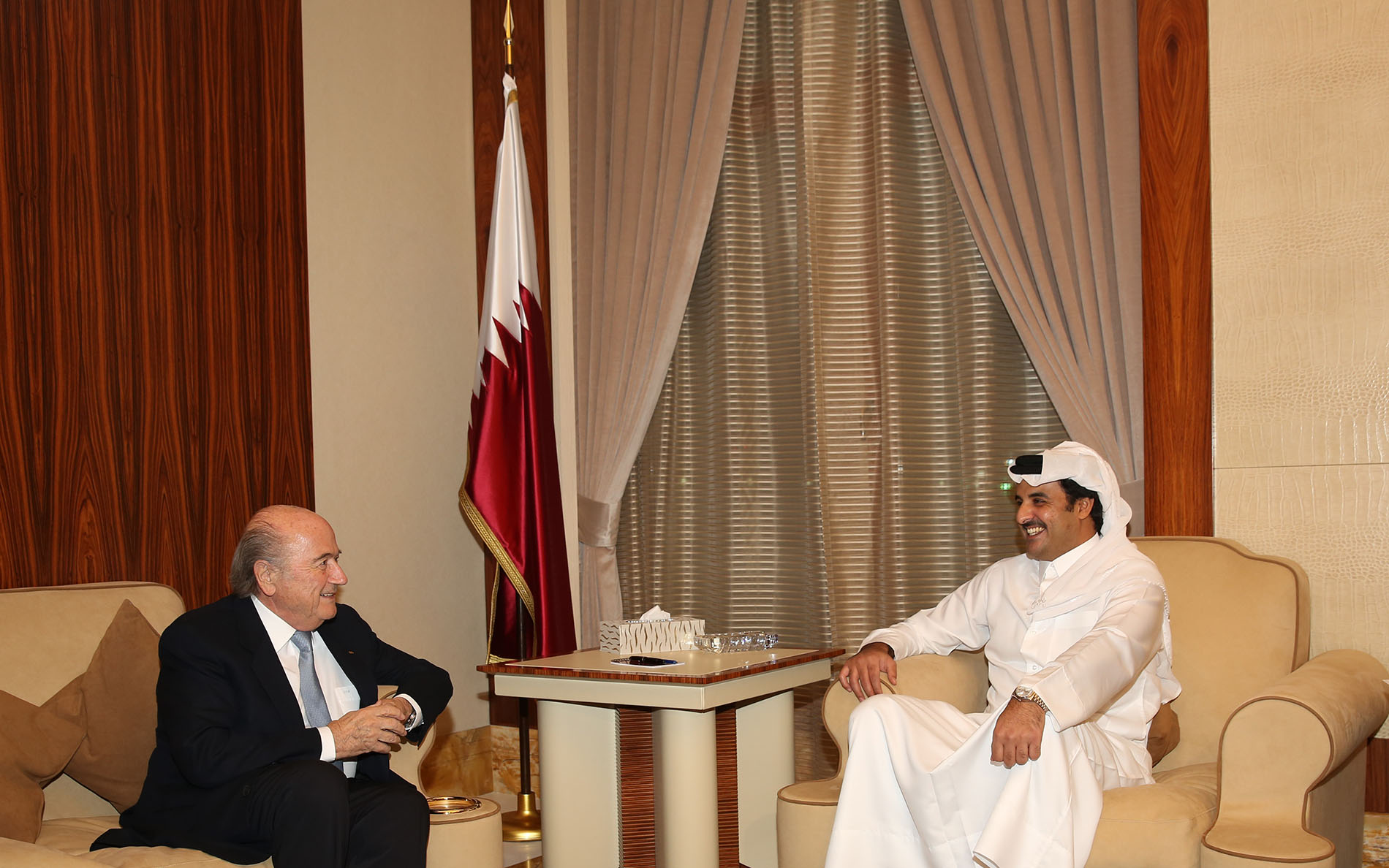 HH The Amir Sheikh Tamim bin Hamad Al Thani met here this evening with FIFA President Sepp Blatter, who is visiting the country at the invitation of HH The Amir.

During the meeting, which was held at Al Bahr Palace, HH The Amir reviewed with the FIFA President existing relations of cooperation between the State of Qatar and the International Federation and ways of enhancing them, in addition to a number of topics of common interest, especially with regard to the last preparations for the organisation of the World Cup 2022.

The meeting also reviewed the achievements made on projects related to the organisation of the tournament.