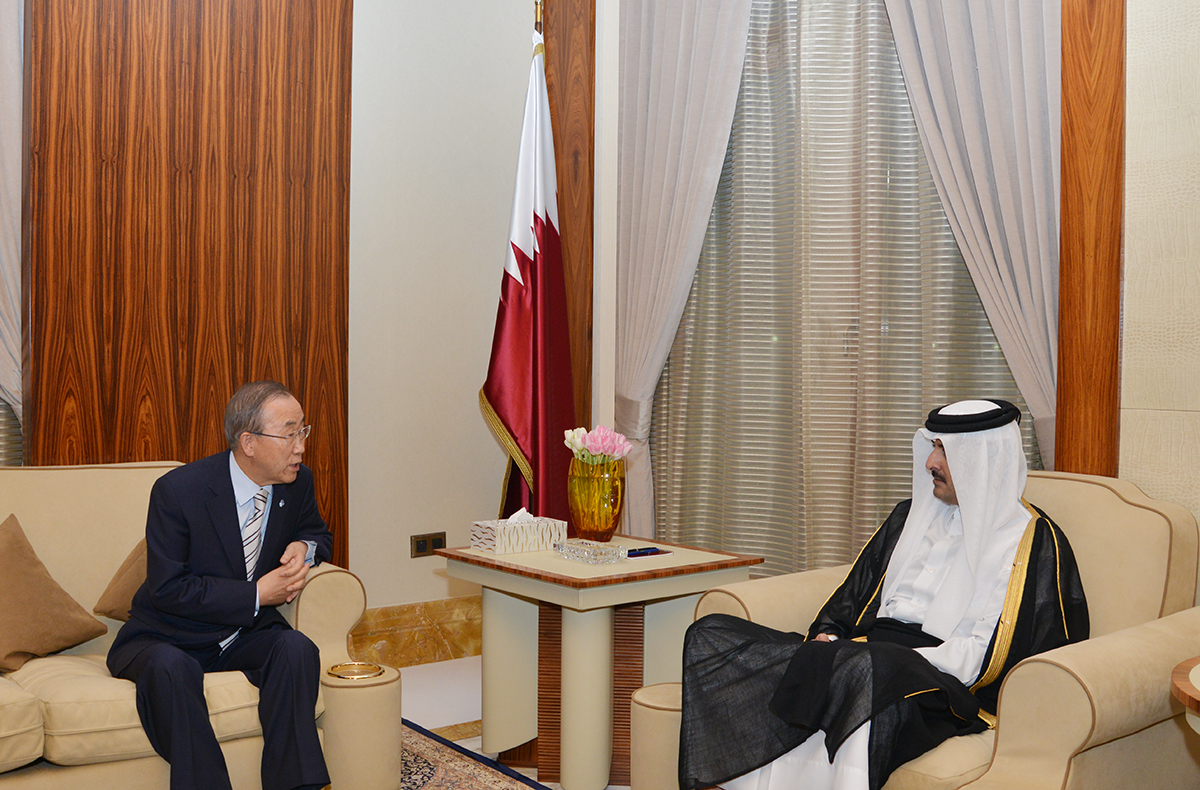 During the meeting, HH The Amir and the UN Chief reviewed the latest developments in Palestine, particularly in the Gaza Strip.

The UN Chief briefed HH The Amir on the organisation’s efforts for a cease-fire in the Strip.

HH The Amir warned that the failure of the international community to put an end to Israeli crimes practiced daily against the Palestinians would result in serious humanitarian consequences.