HH The Amir and President of Peru Hold Official Talks 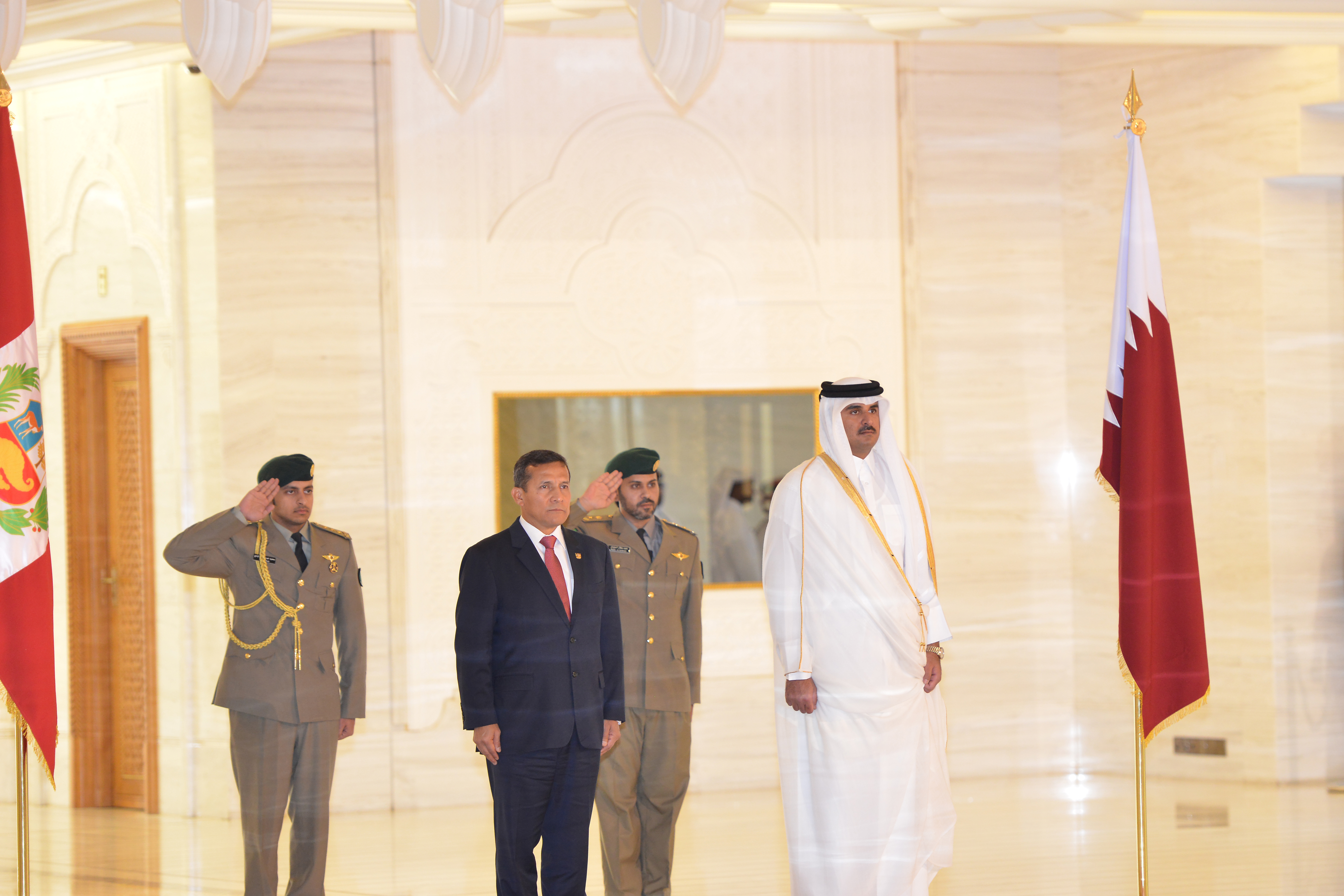 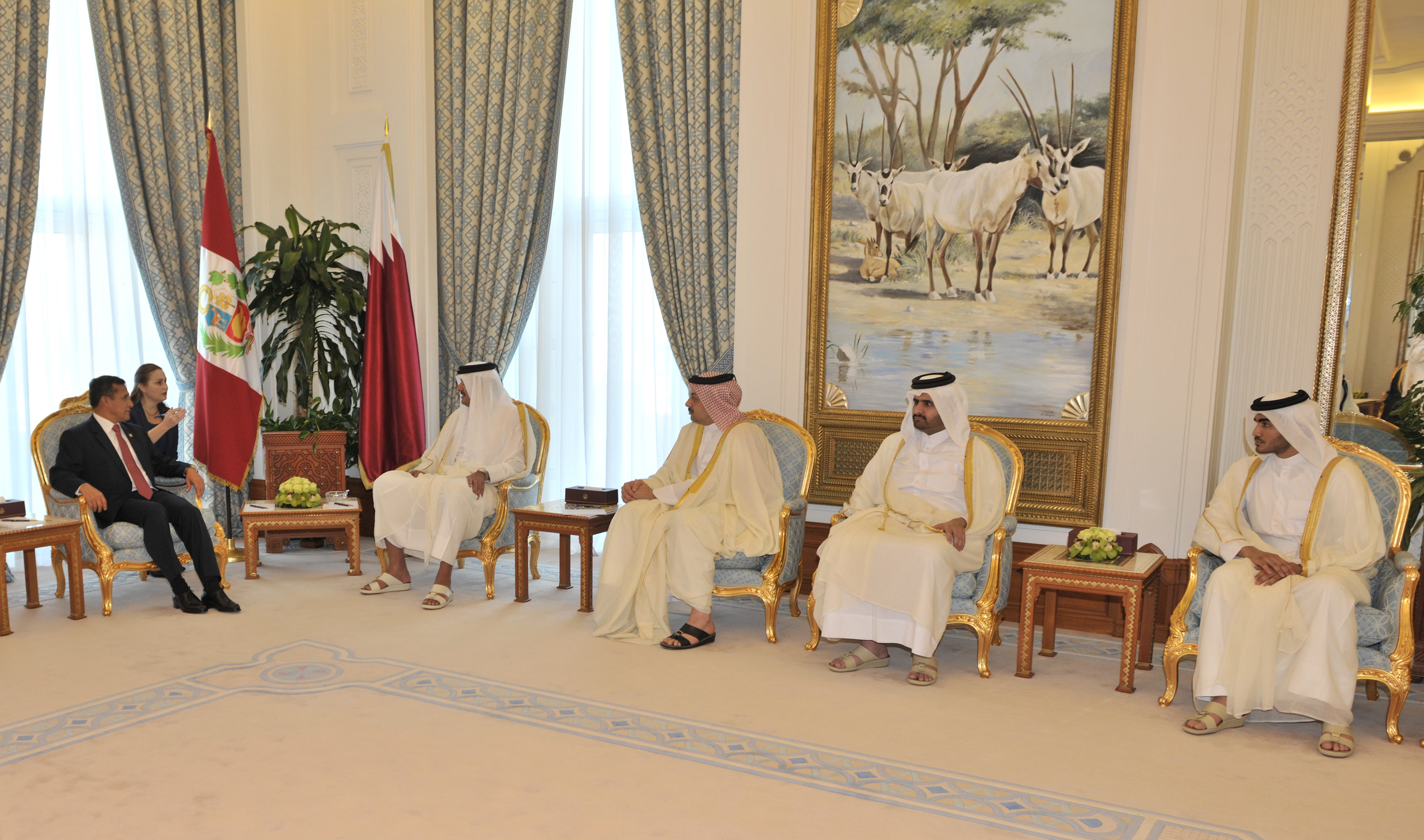 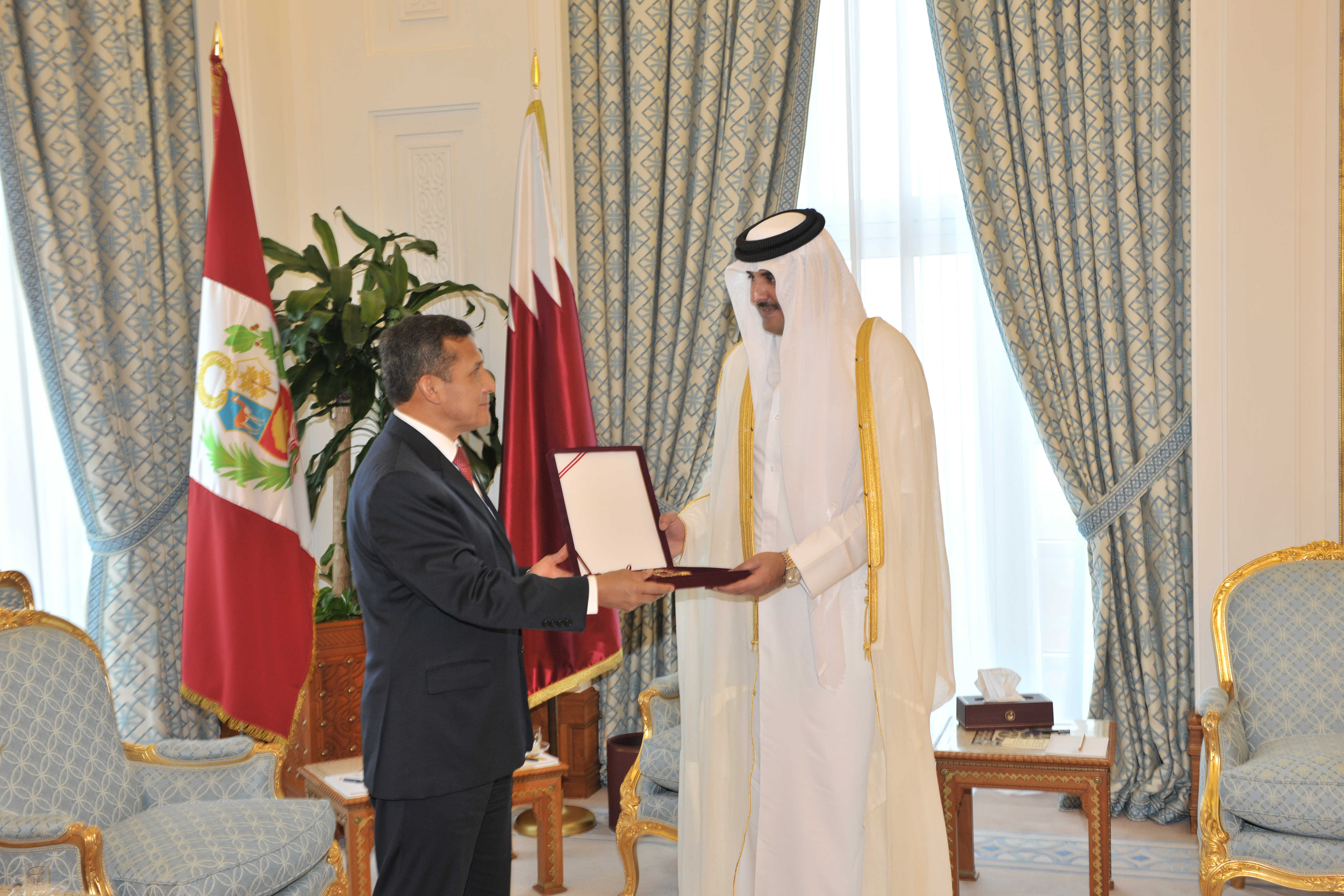 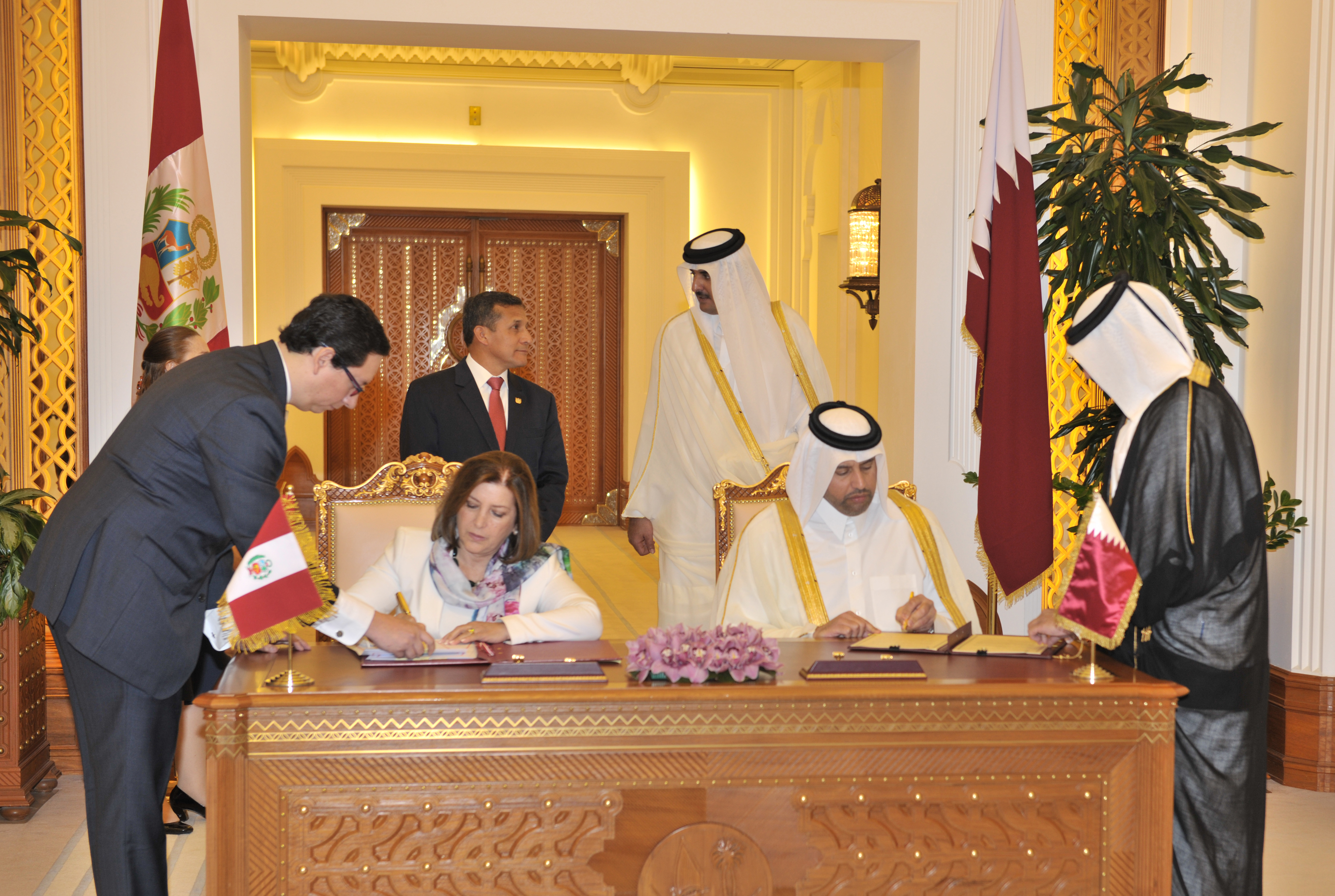 A session of talks was held on Thursday at the Amiri Diwan between the State of Qatar and the Republic of Peru co-chaired by HH The Amir Sheikh Tamim bin Hamad Al Thani and Peruvian President Ollanta Humala.

A number of Their Excellencies the ministers attended the session along with members of the Peruvian delegation accompanying the President.

Talks during the session dealt with bilateral relations between the two countries and means of boosting and developing them. The two sides also discussed a set of issues of mutual concern.

HH The Amir hosted a luncheon banquet in honor of the Peruvian President and the accompanying delegation.

An official reception was held for the visiting President upon his arrival at the Amiri Diwan.

Reception of President of Peru