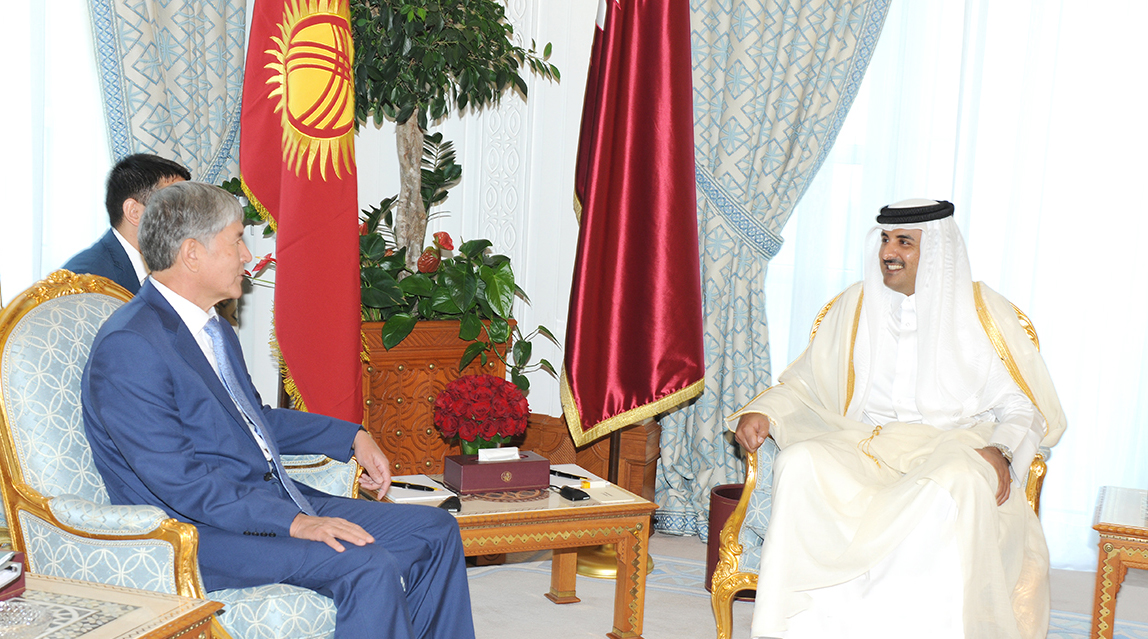 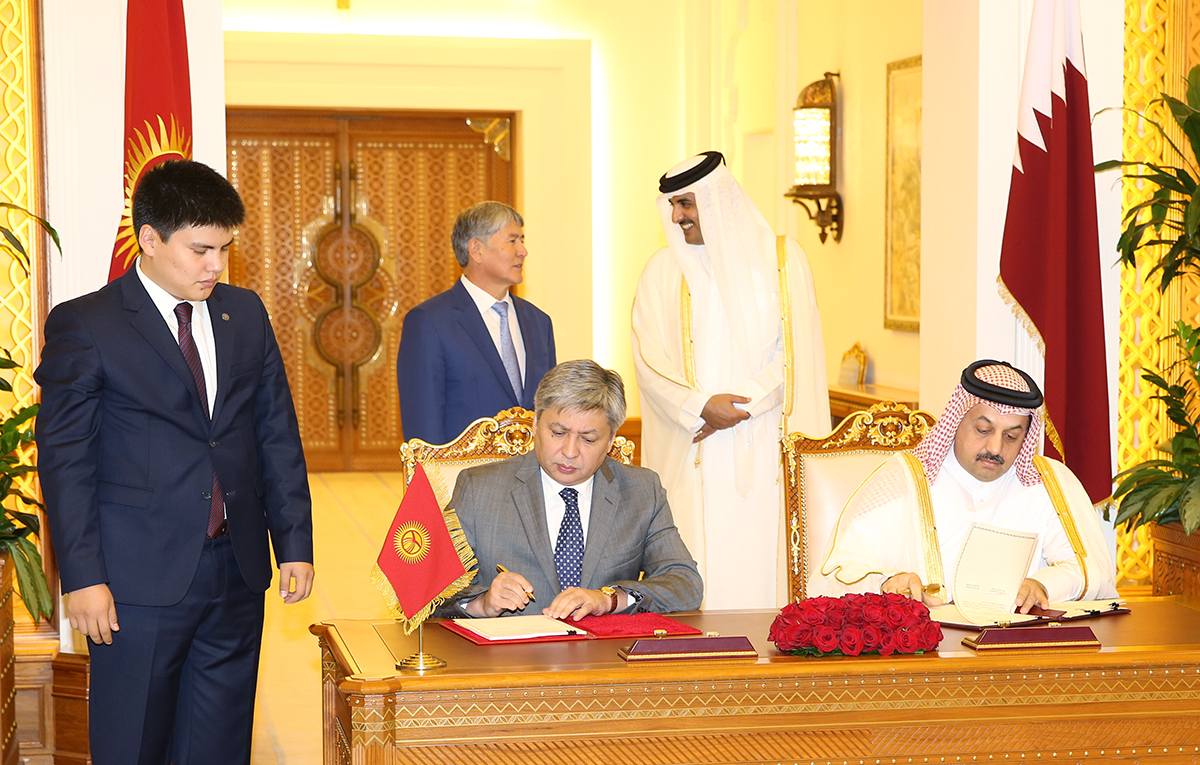 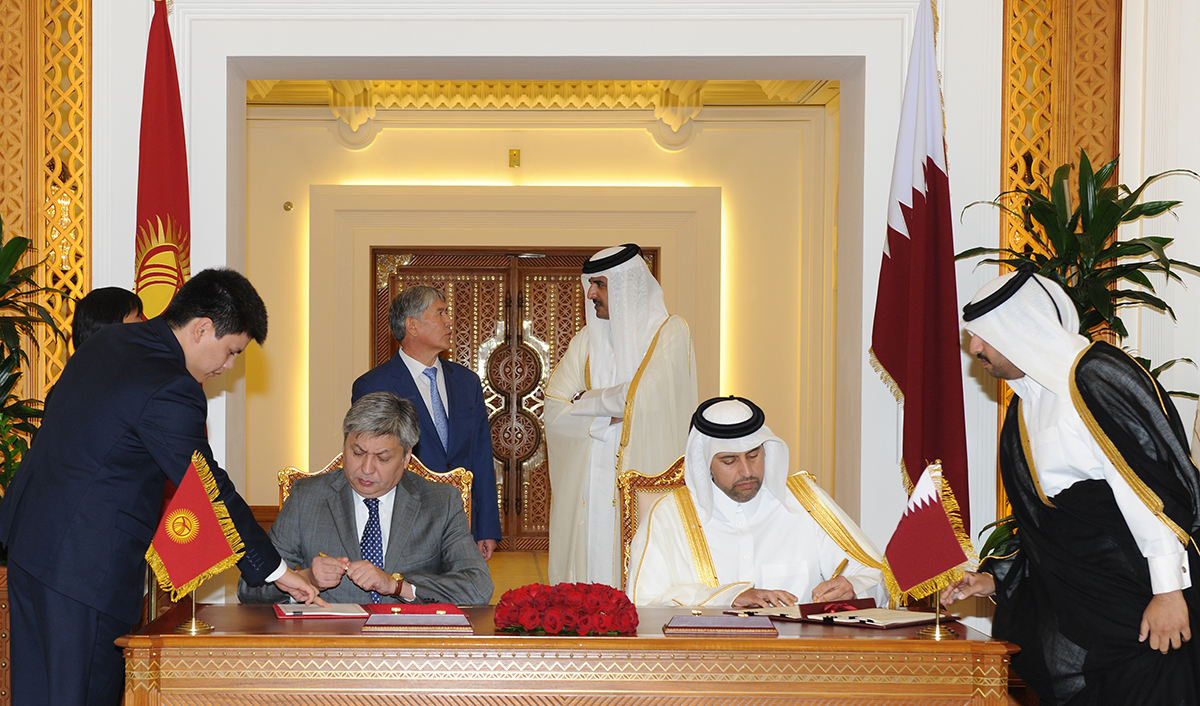 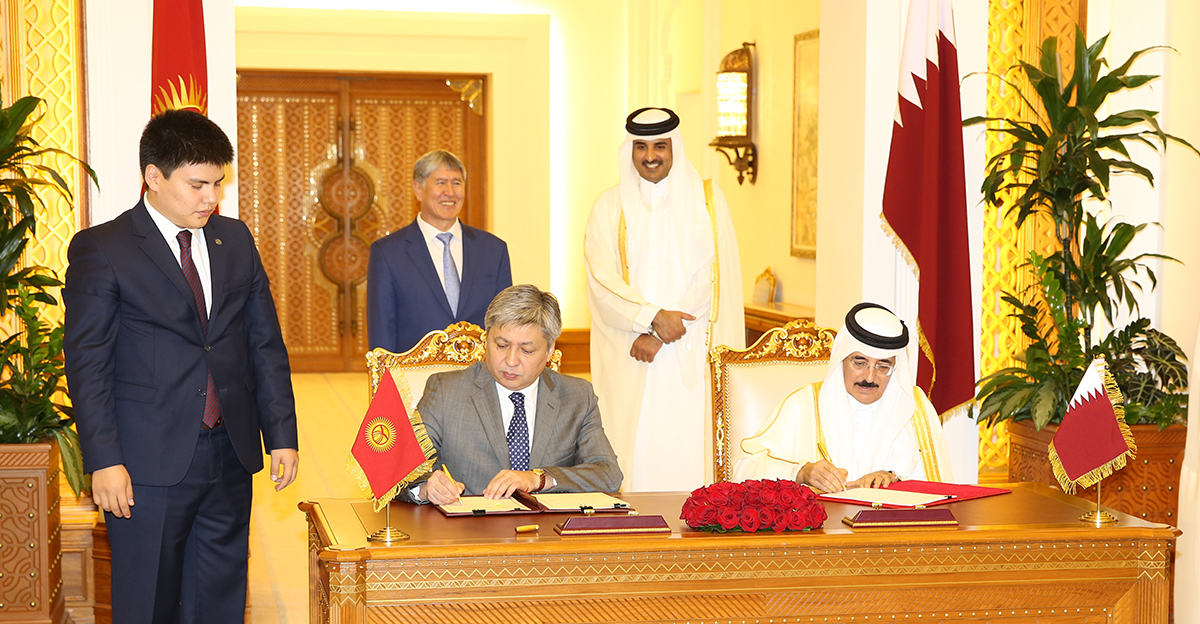 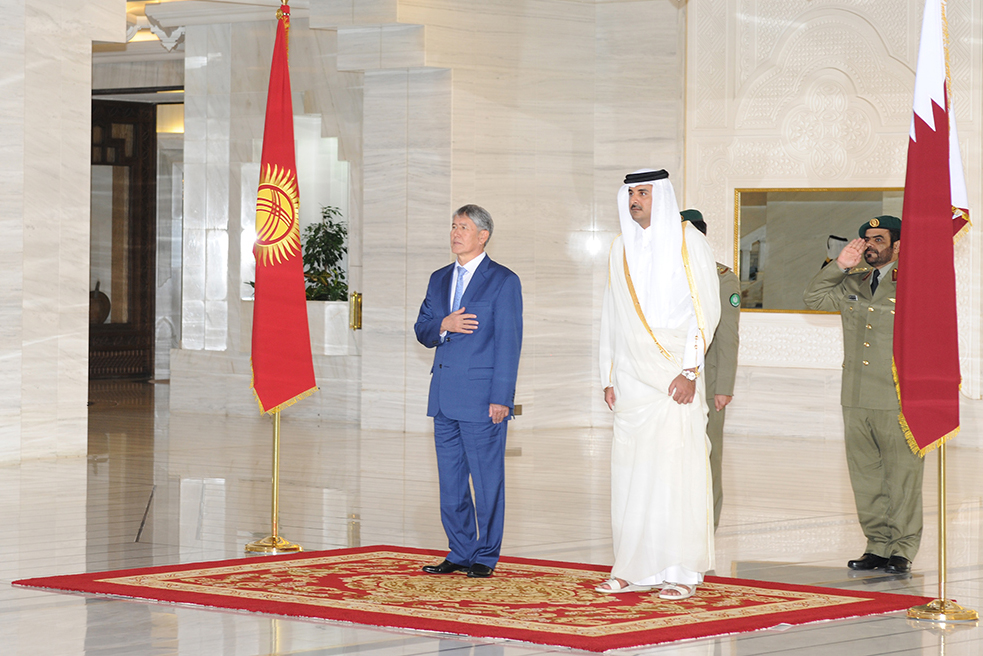 State of Qatar and the Kyrgyz Republic held at the Amiri Diwan on Sunday a session of official talks chaired by His Highness The Amir Sheikh Tamim bin Hamad Al Thani and President Almazbek Atambayev.

On the Kyrgyz side, members of the official delegation accompanying the president were also present.

The talks focused on bilateral relations and the means to enhance them in different fields, particularly the economic and investment fields. The two leaders also reviewed a number of issues of joint interest.

HH The Amir and the Kyrgyz President oversaw the signing of a number of Memorandum of Understandings between their respective governments.

The two governments signed an agreement on a visa exemption for holders of diplomatic passports. Another agreement was regarding protection of investment. In addition to an agreement for cultural cooperation and tourism cooperation. There was also an agreement signed between the chamber of commerce and industry in the two countries.

HH The Amir held a luncheon banquet in honor of the Kyrgyz President and the accompanying delegation.

The Kyrgyz President was accorded an official reception ceremony when he arrived to the Amiri Diwan.

Reception of President of Kyrgyzstan