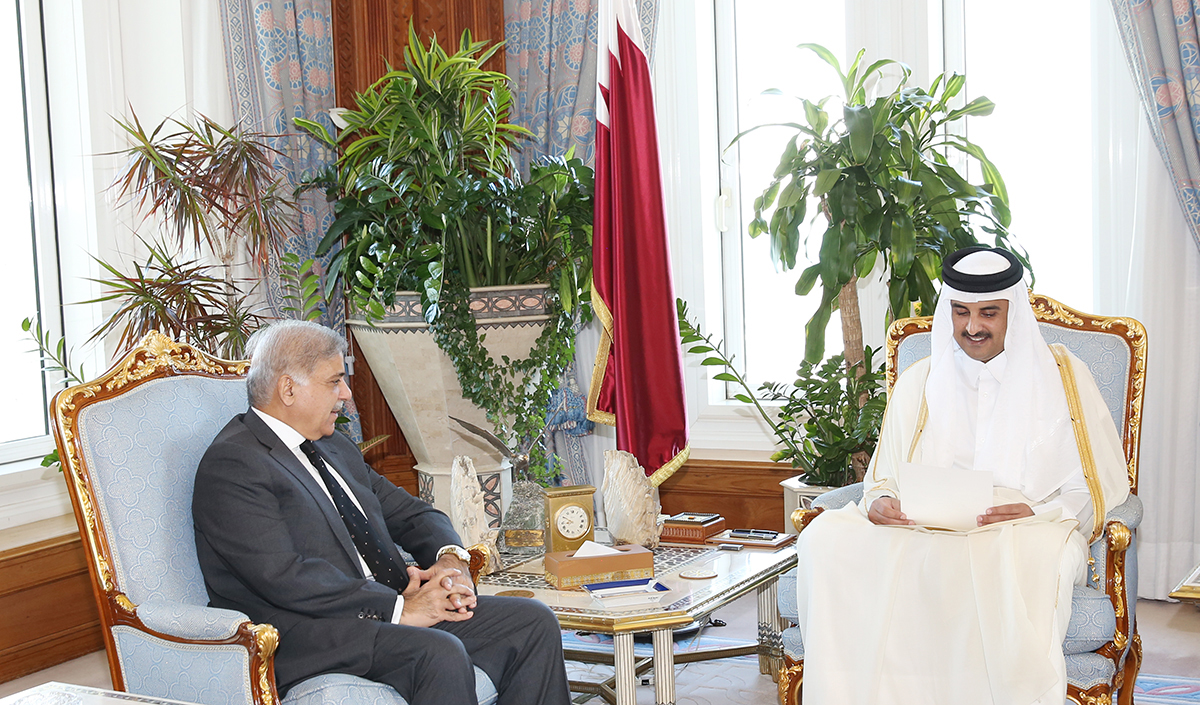 His Highness The Amir Sheikh Tamim bin Hamad Al Thani has received a written message from Prime Minister of the Islamic Republic of Pakistan Nawaz Sharif pertaining to the bilateral relations and issues of common interest.

The message was handed over by Punjab Chief Minister Mian Muhammad Shahbaz Sharif when HH The Amir met him at his Amiri Diwan office on Tuesday morning.

During the meeting a number of issues of common interest were also discussed.