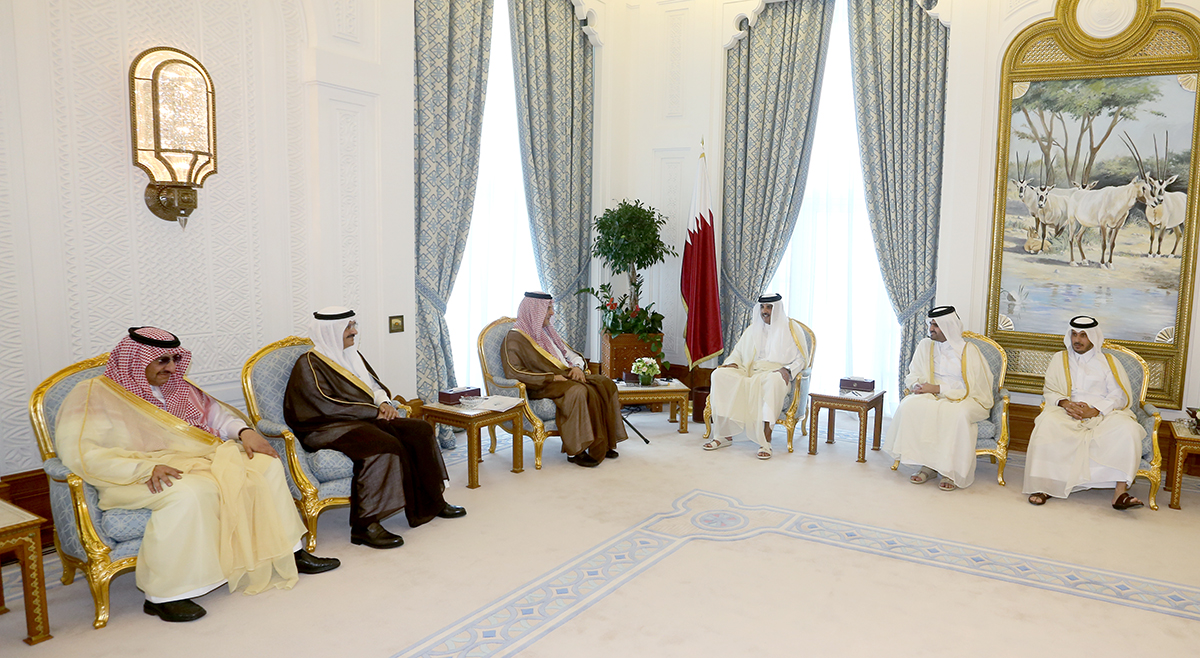 
At the outset of the meeting, the Saudi officials conveyed greetings of Custodian of the Two Holy Mosques King Abdullah bin Abdulaziz Al Saud and Saudi Crown Prince, Deputy Premier and Minister of Defense Salman bin Abdulaziz Al Saud, and their wishes of health and happiness to HH The Amir and progress and prosperity to the Qatari people.

In turn, HH The Amir asked them to convey his greetings to Custodian of the Two Holy Mosques and the Saudi crown prince, and his wishes of health and wellbeing to them and more progress and growth to the brotherly Saudi people.

The meeting reviewed aspects of fraternal ties between the two brotherly countries and means of enhancing and developing them, in addition to discussing the path of joint GCC work.
They also touched on a set of issues of mutual concern, notably the latest developments on the regional and international fronts.