HH The Amir Hold Official Talks with King of Swaziland 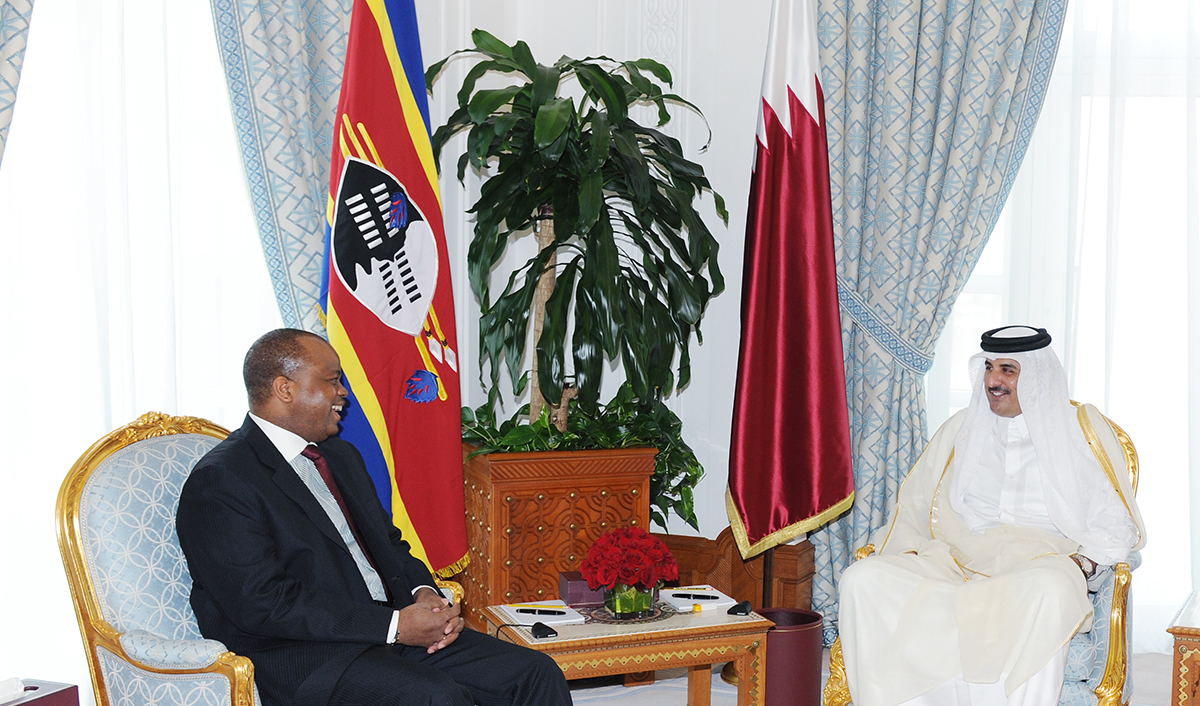 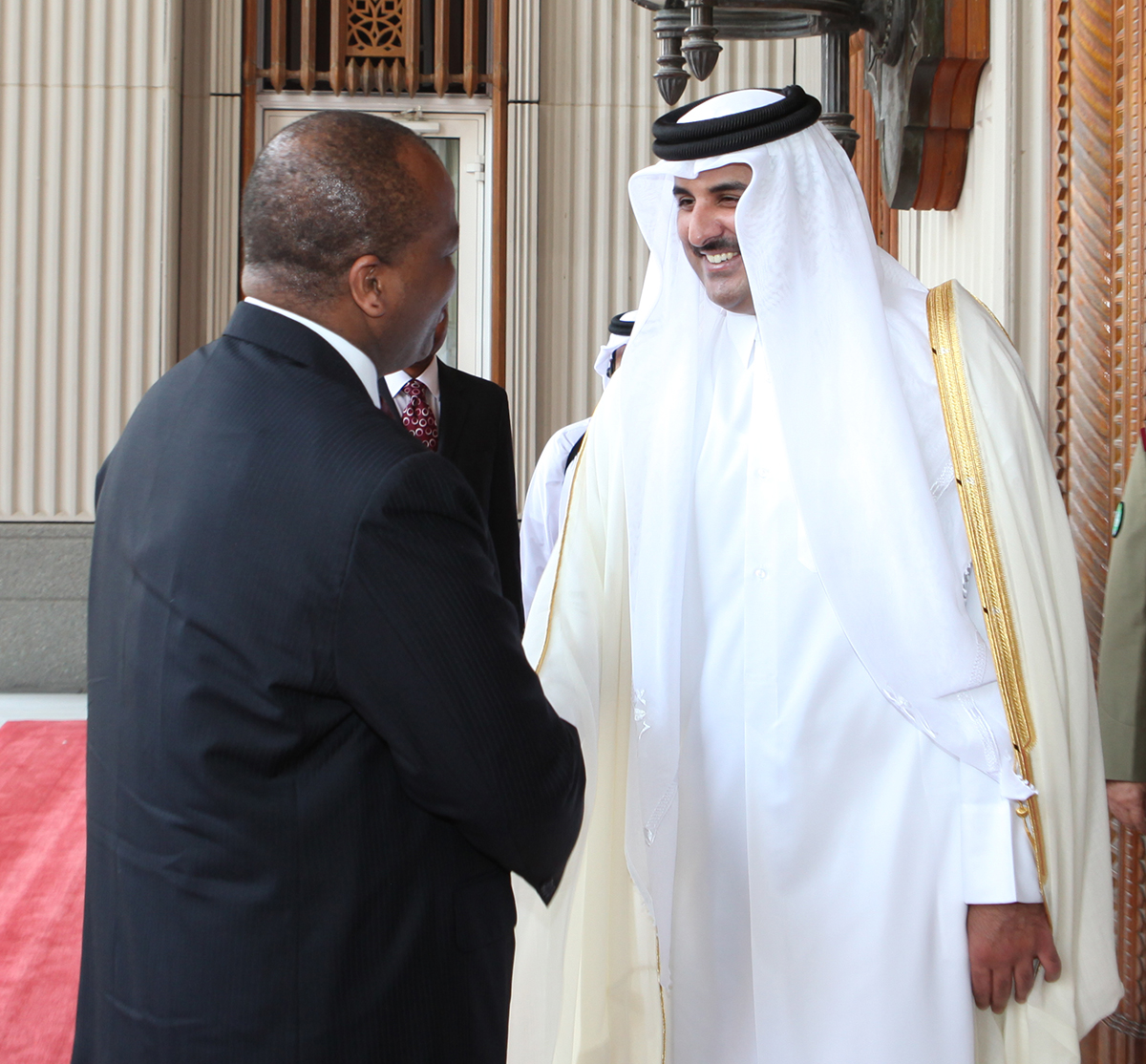 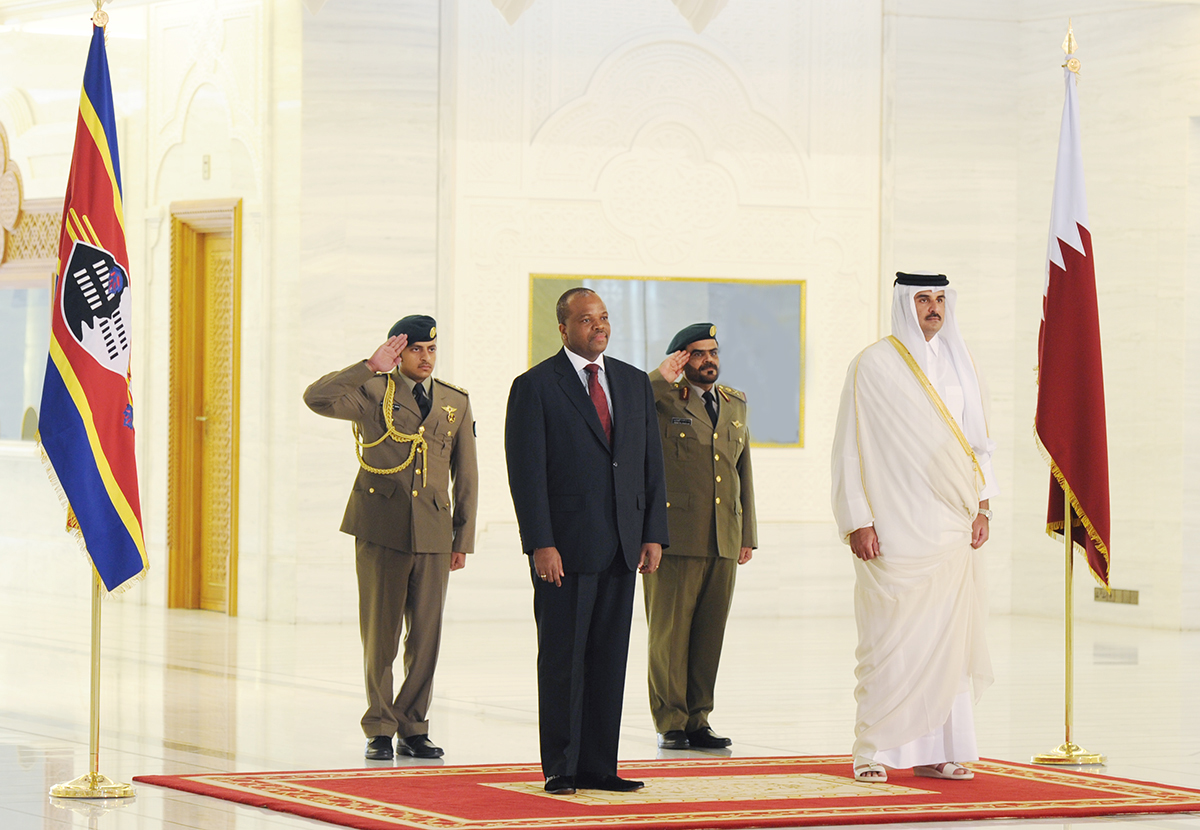 His Highness The Amir Sheikh Tamim Bin Hamad Al Thani and King Mswati III of Swaziland held a round of official talks at the Amiri Diwan before noon Monday.

During their talks, the two sides reviewed relations between the two countries and means of bolstering and developing them.

Later HH The Amir hosted a luncheon banquet in honour of the Swaziland Monarch and the official accompanying delegation.

King Mswati III of Swaziland arrived earlier today at the Amiri Diwan premises and was accorded a red-carpet welcome reception.

Reception of the King of Swaziland