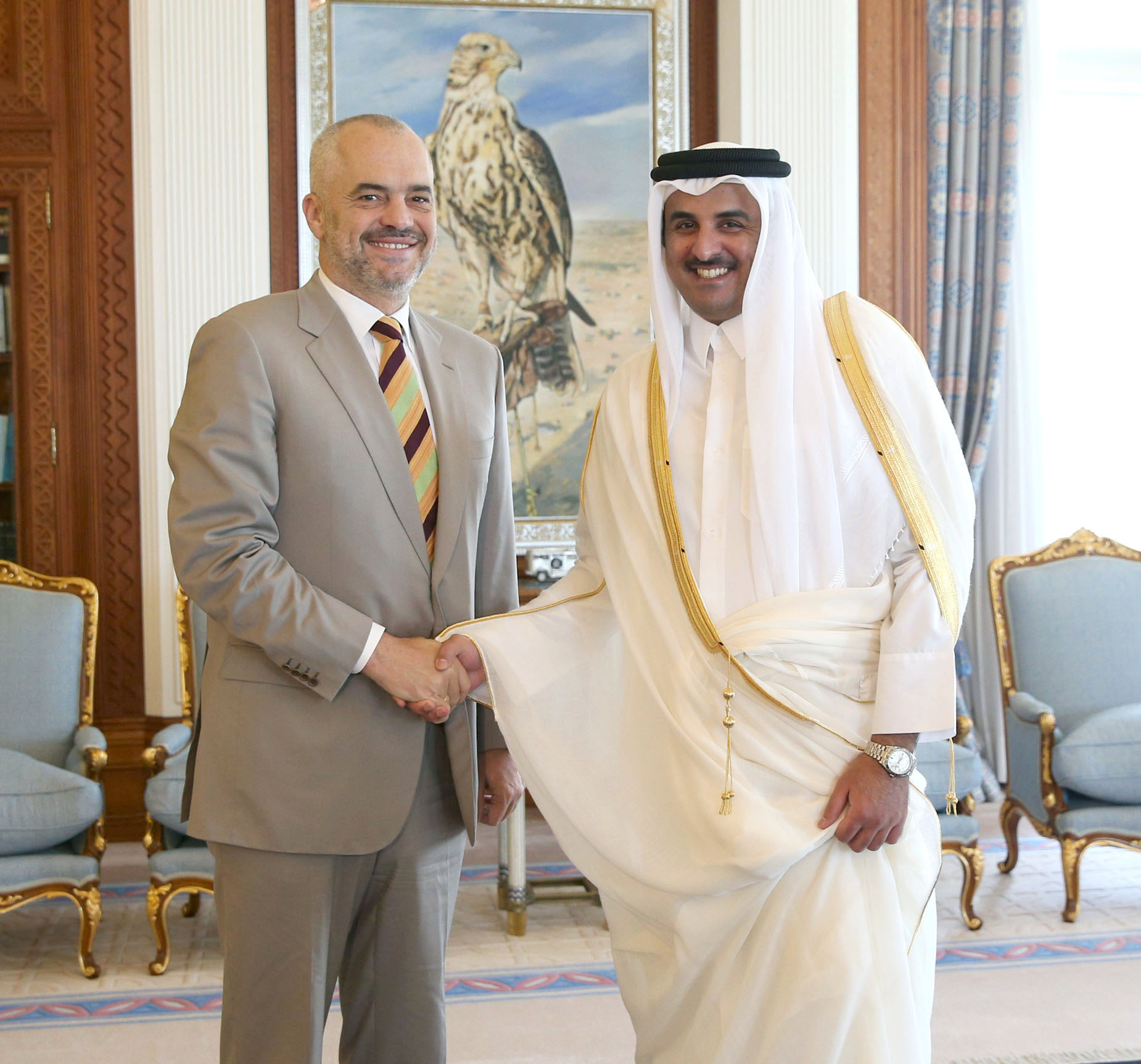 His Highness The Amir Sheikh Tamim bin Hamad Al Thani received on Monday morning at his office at the Amiri Diwan Albanian Prime Minister Edi Rama and the delegation accompanying him.

They reviewed bilateral relations and the means to advance them. They also discussed a range of issues of joint interest.