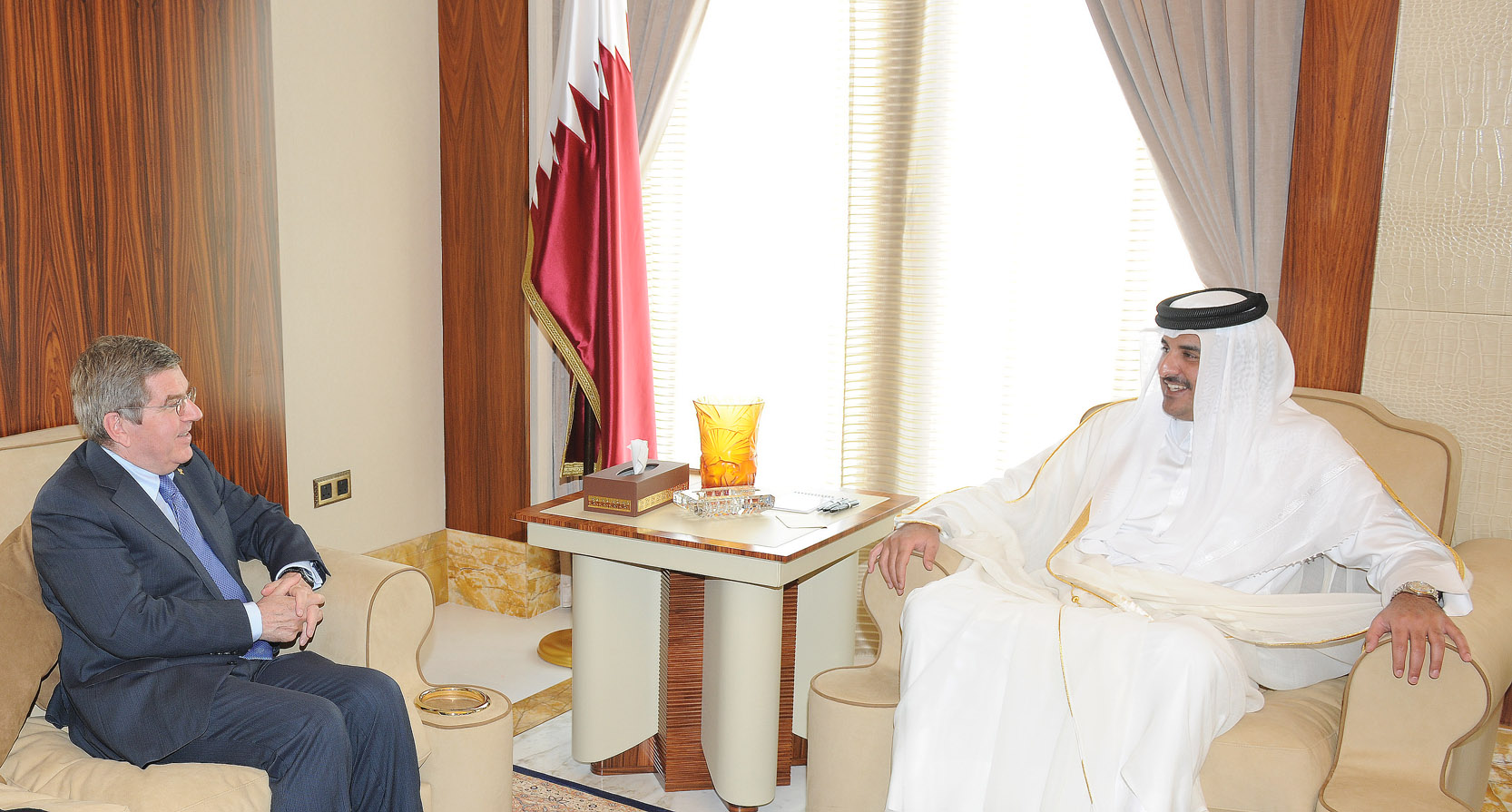 His Highness The Amir Sheikh Tamim bin Hamad Al Thani received at Al Bahr Palace on Tuesday Thomas Bach, President of the International Olympic Committee (IOC) and member of the DOSB executive board, as well as his accompanying delegation, who called on HH The Amir on the occasion of their current visit to Qatar.

During the meeting, the two sides reviewed cooperation ties between the State of Qatar and the International Olympic Committee and means of enhancing them.