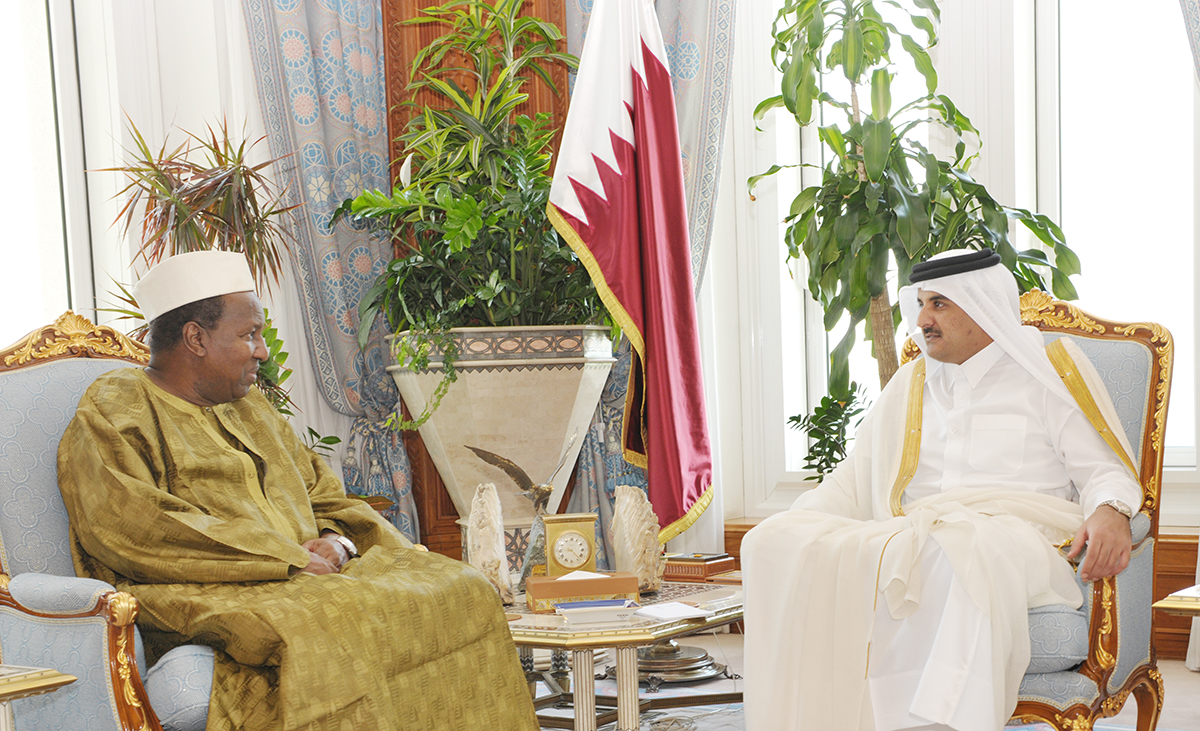 His Highness The Amir Sheikh Tamim bin Hamad Al Thani received at the Amiri Diwan office on Wednesday Chairman of the Commission of the African Union Alpha Oumar Konare.

Talks during the meeting covered ways of enhancing cooperation between the State of Qatar and the African Union, in addition to several issues of mutual concern.