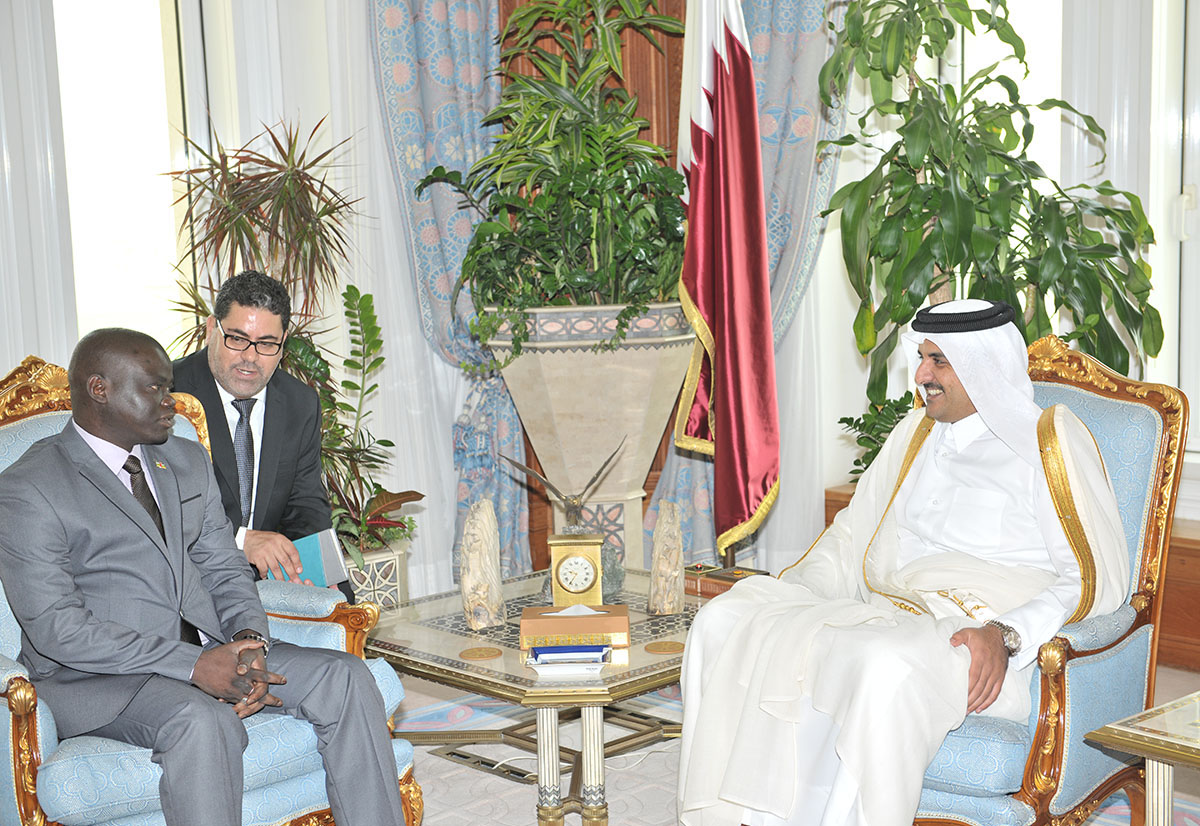 HH The Amir Sheikh Tamim bin Hamad Al Thani has received congratulations from President of the Central African Republic Michel Djotodia on the occasion of HH The Amir’s assumption of power in the country, during a meeting today at the Amiri Diwan with the Minister of State for minerals and oil.

The meeting was attended by the Central African State Minister in charge of Public Works, as well as the Minister of Transport and Civil Aviation.