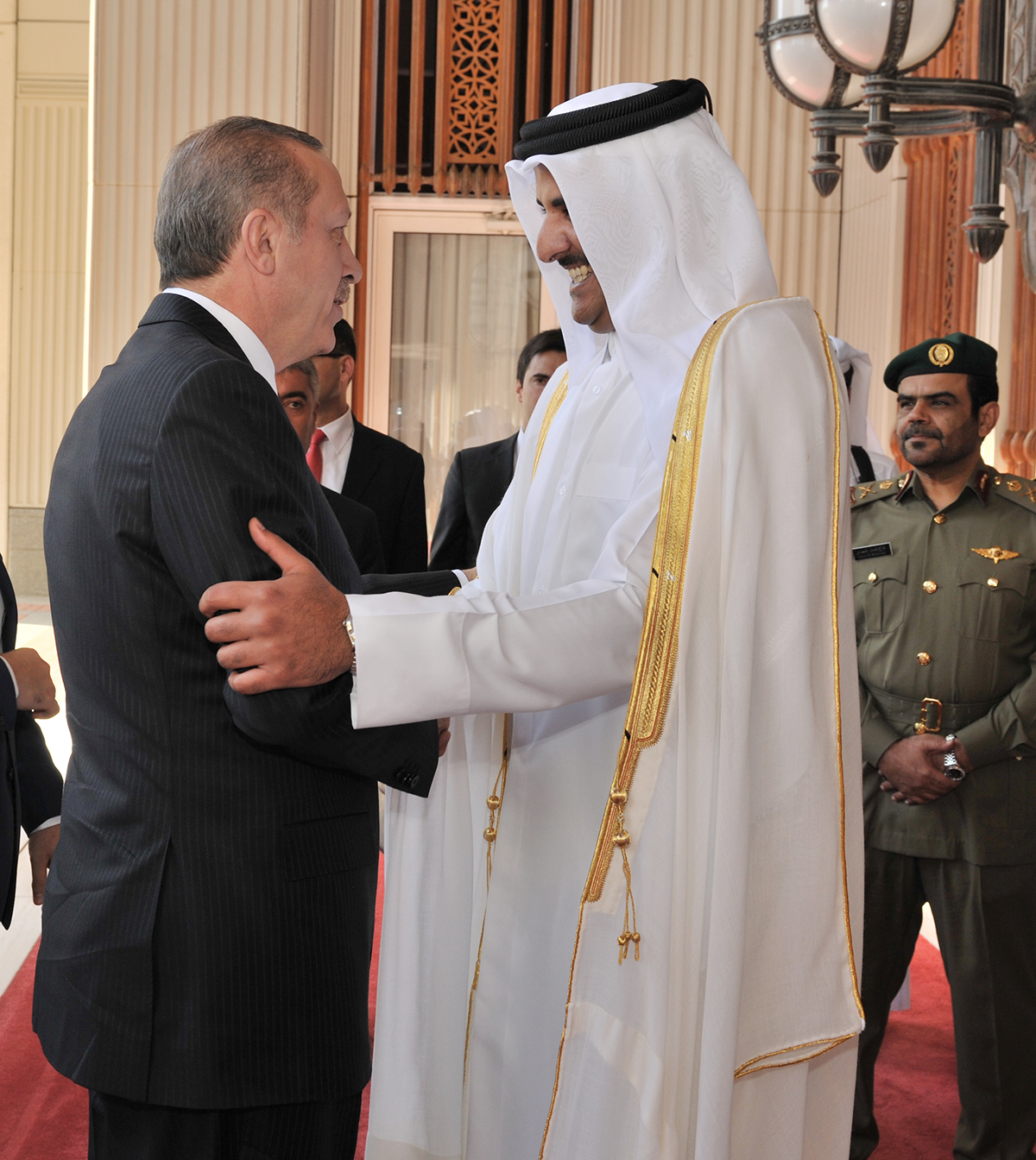 His Highness The Amir Sheikh Tamim Bin Hamad Al Thani, held a round of talks with Turkey's Prime Minister Recep Tayyip Erdogan at the Amiri Diwan on Wednesday afternoon.

The two sides reviewed bilateral relations and means of bolstering and promoting them in all fields. Other regional and international issues of mutual concern with emphasis on the situation in Syria were also taken up.

HH The Amir and Turkey's Prime Minister witnessed the signing of a memorandum of understanding (MoU) in energy generation cooperation between qatar holding and Electric Ortime Company of Turkey.

Then HH the Amir hosted a luncheon banquet in honour of the distinguished Turkish guest and the accompanying delegation.