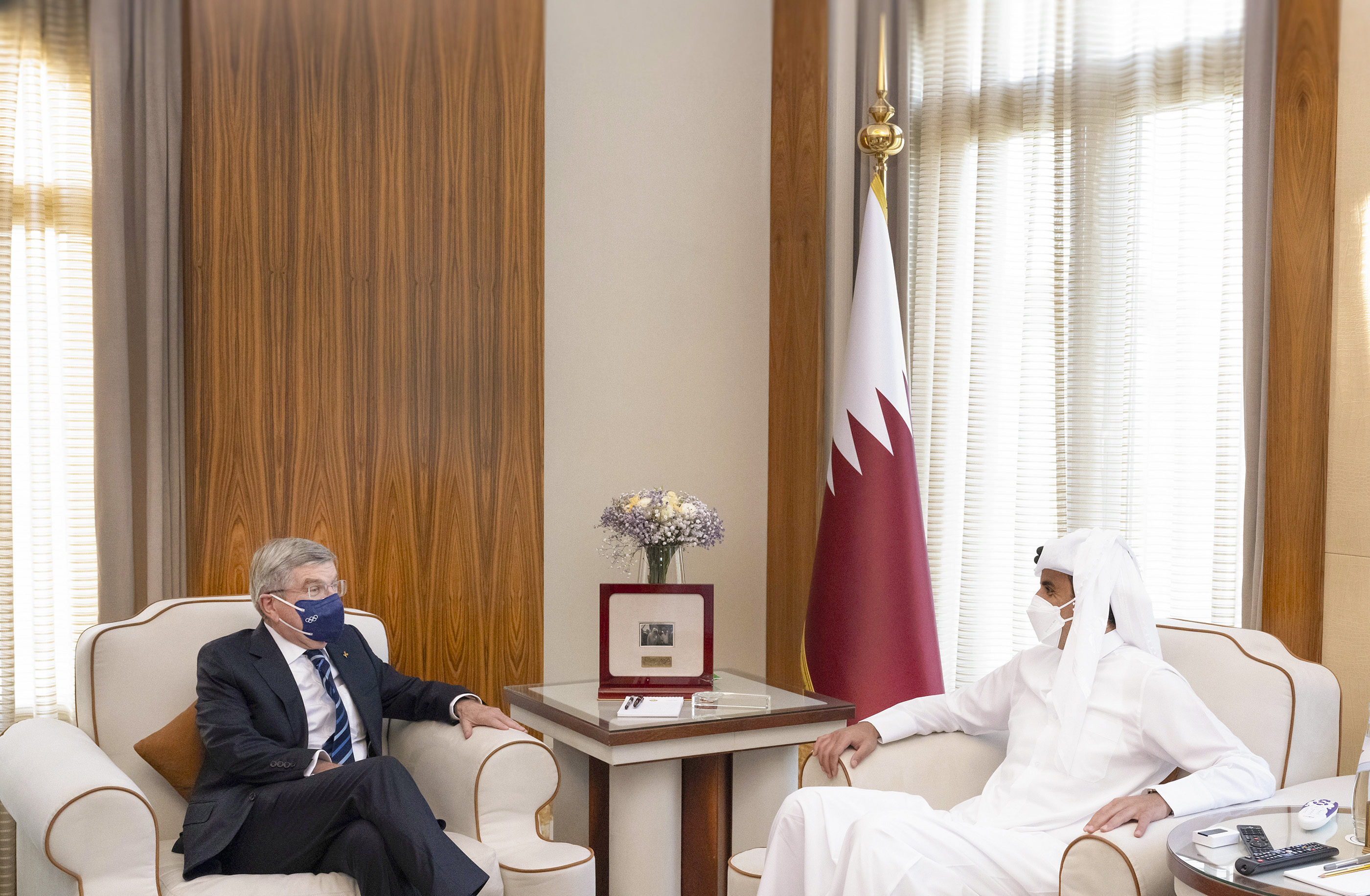 During the meeting, they reviewed areas of cooperation between the State of Qatar and the International Olympic Committee, and ways of enhancing and developing them.