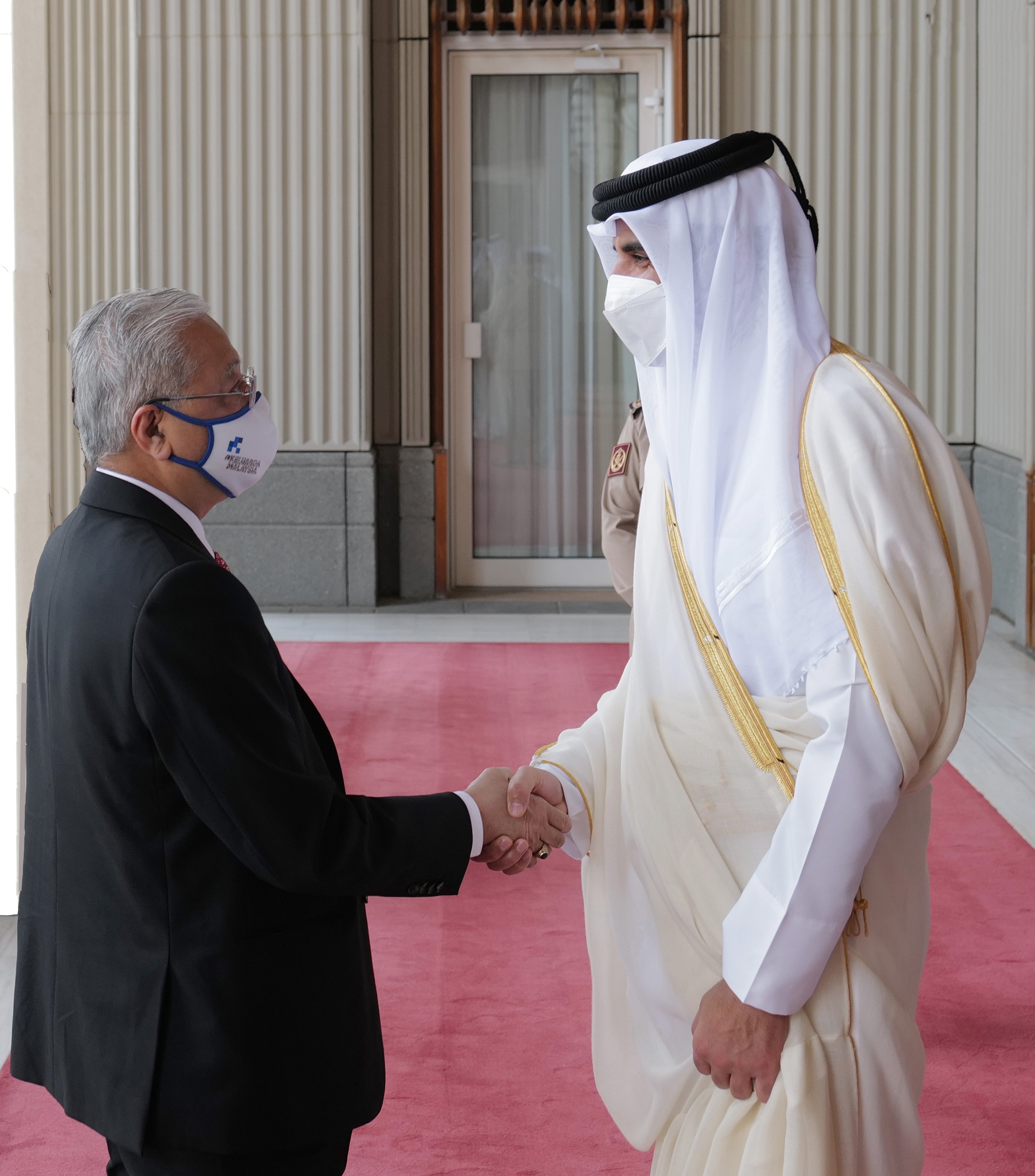 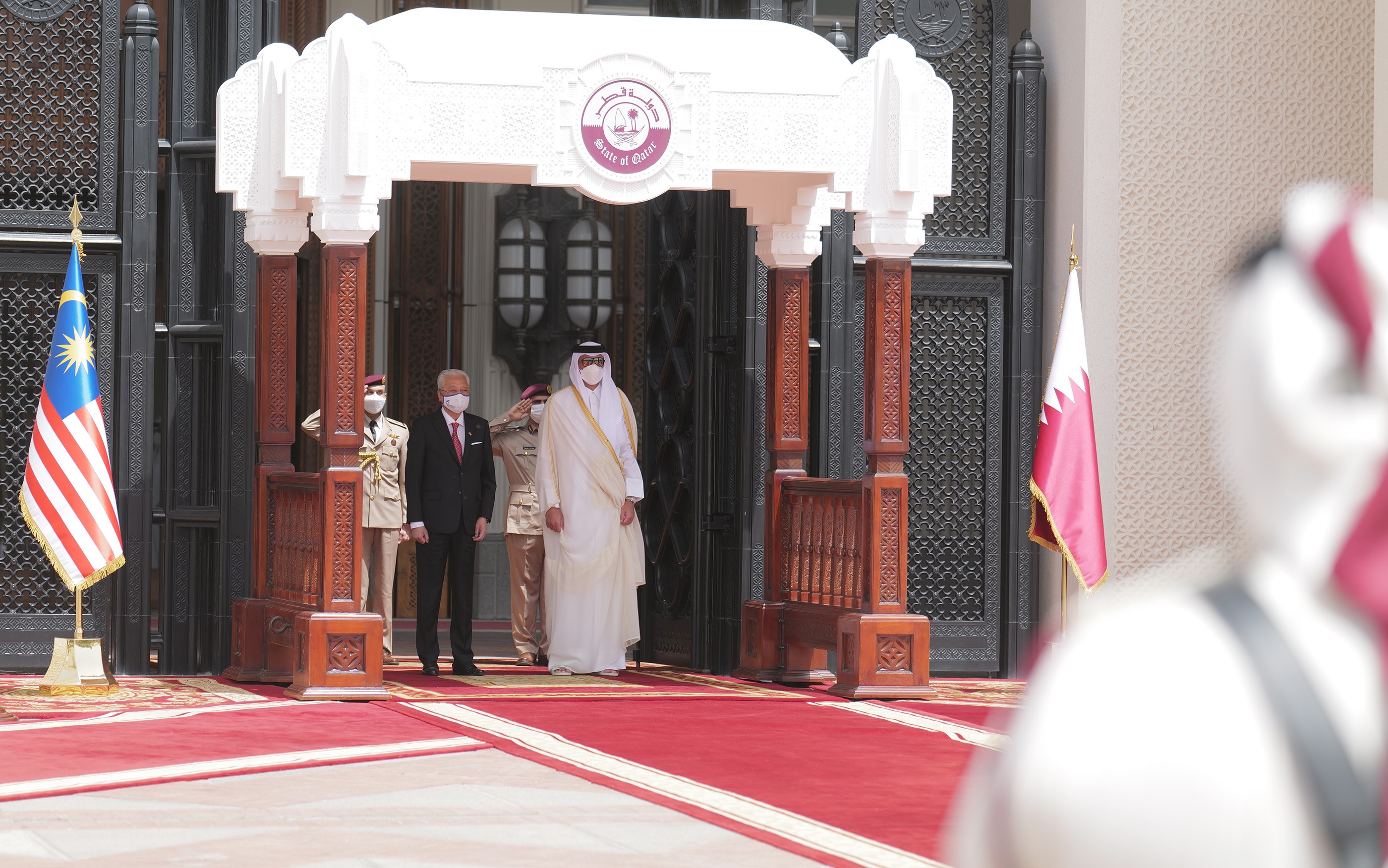 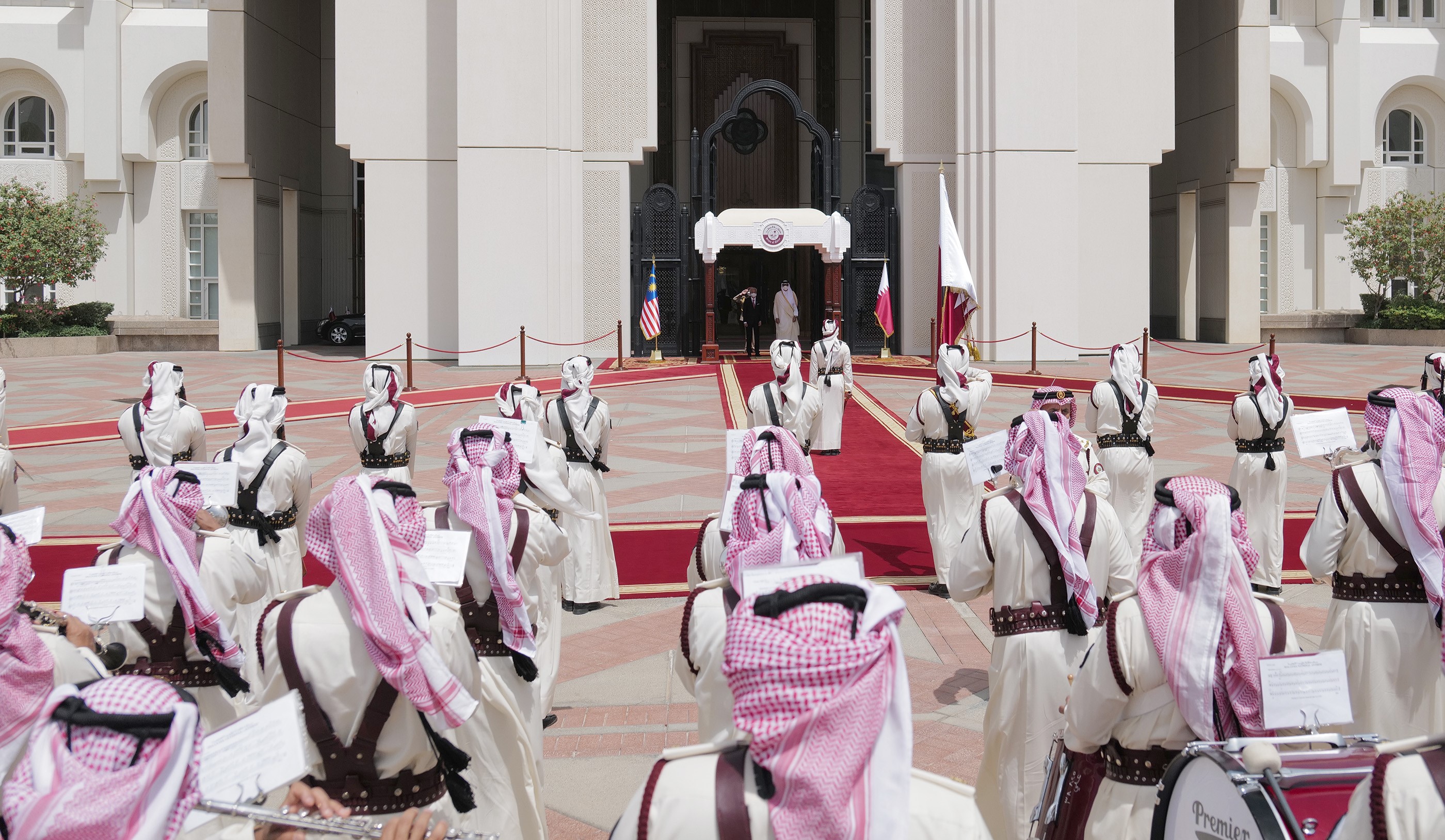 During the session, they discussed aspects of developing joint cooperation, especially in the fields of economy and investment, in addition to exchanging views on the most prominent regional and international issues.

On this occasion, HH The Amir hosted a luncheon banquet in honor of HE Prime Minister of Malaysia and the accompanying delegation.

HE Prime Minister of Malaysia had arrived earlier at the Amiri Diwan, where he was accorded an official reception ceremony.