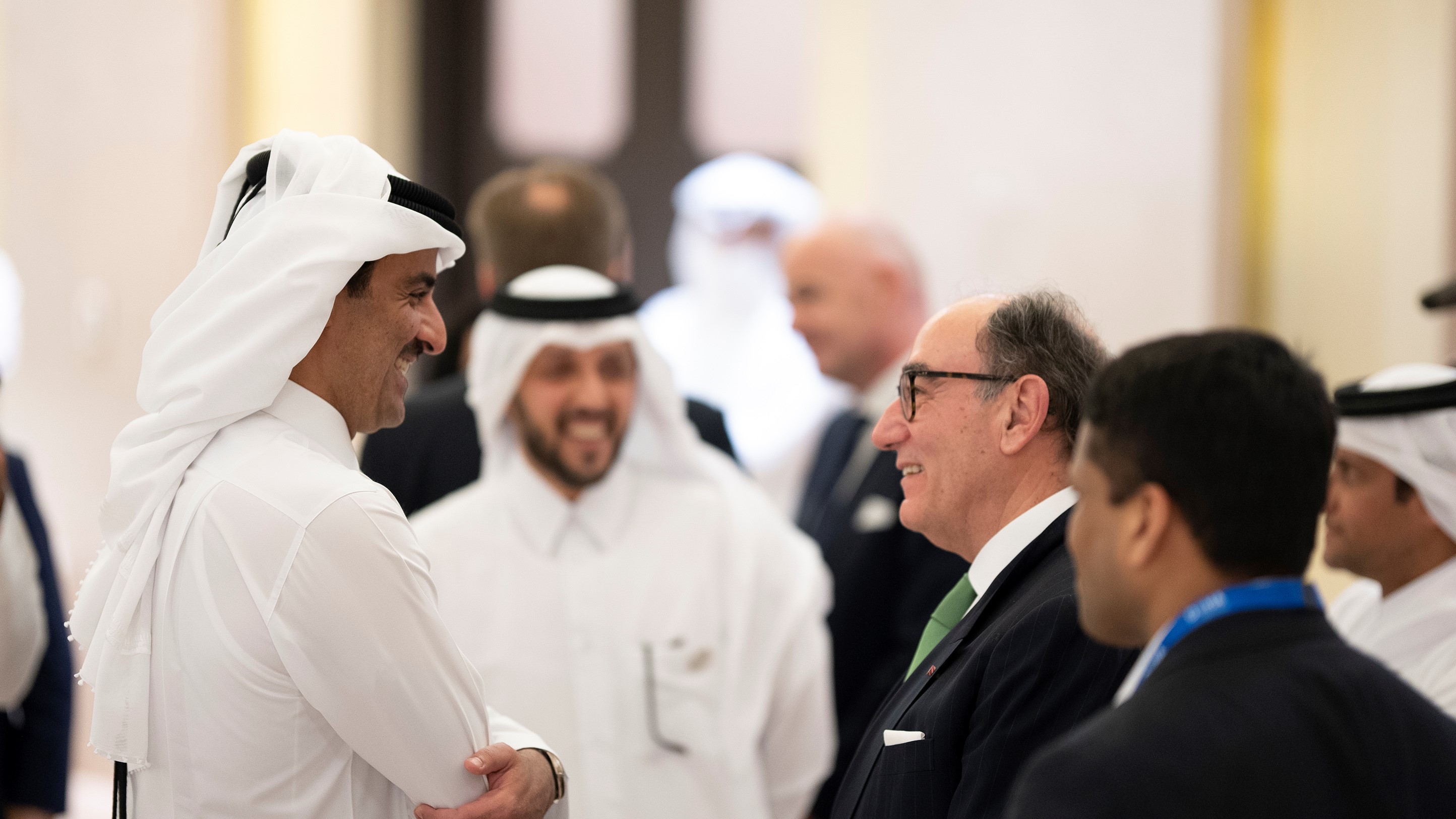 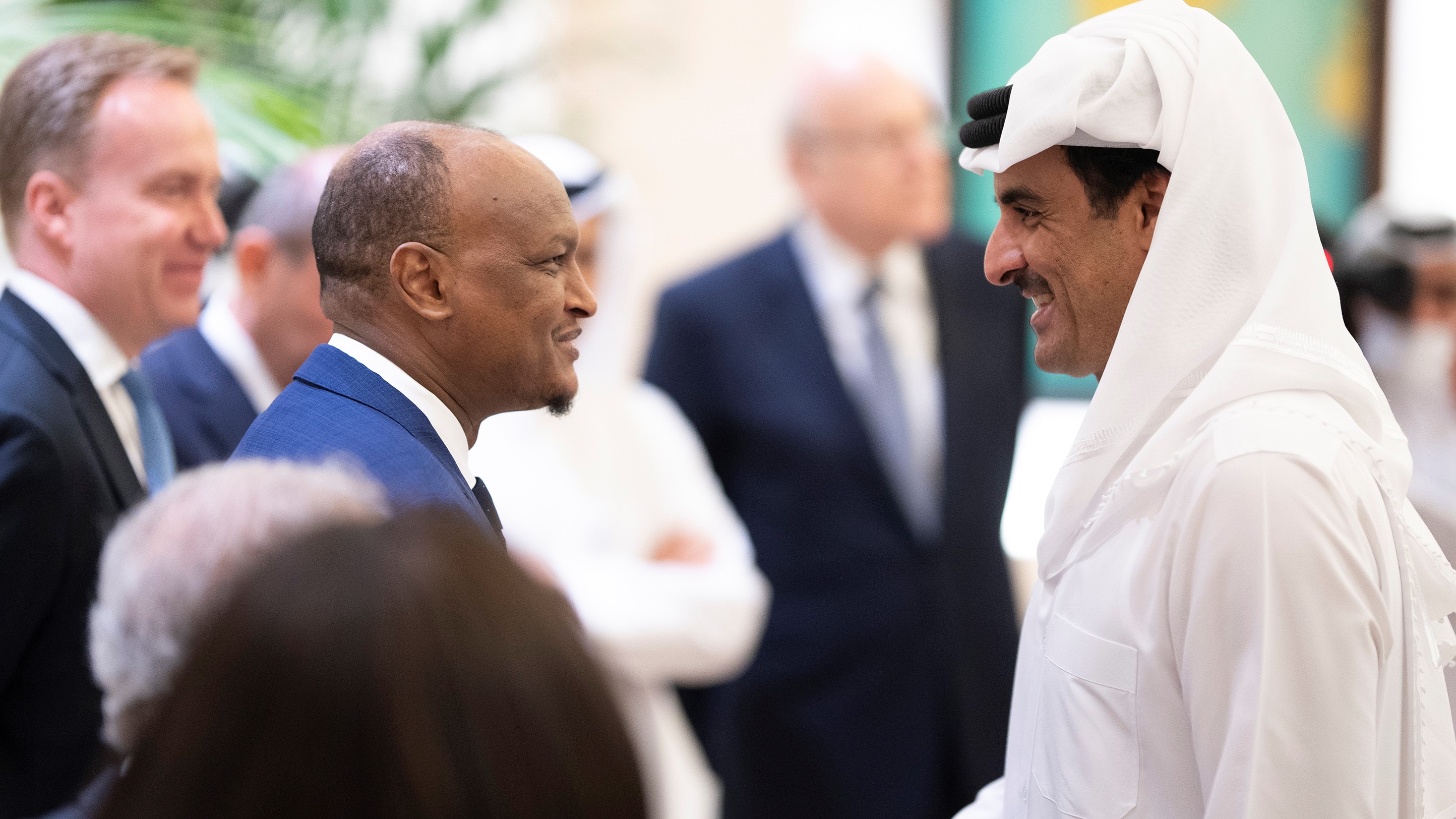 His Highness The Amir Sheikh Tamim bin Hamad Al Thani attended the reception ceremony held in honor of Their Highnesses and Excellencies heads of states and governments and heads of delegations of brotherly and friendly countries taking part in Doha Forum 2022, at the Cultural Village Foundation - Katara on Saturday.

The reception ceremony was also attended by HE Prime Minister and Minister of Interior Sheikh Khalid bin Khalifa bin Abdulaziz Al Thani, and a number of Their Excellencies Sheikhs and Ministers.

HH the Amir and the guests exchanged talks on a number of topics of mutual interest.