HH The Amir Holds Talks Session with President of Slovenia 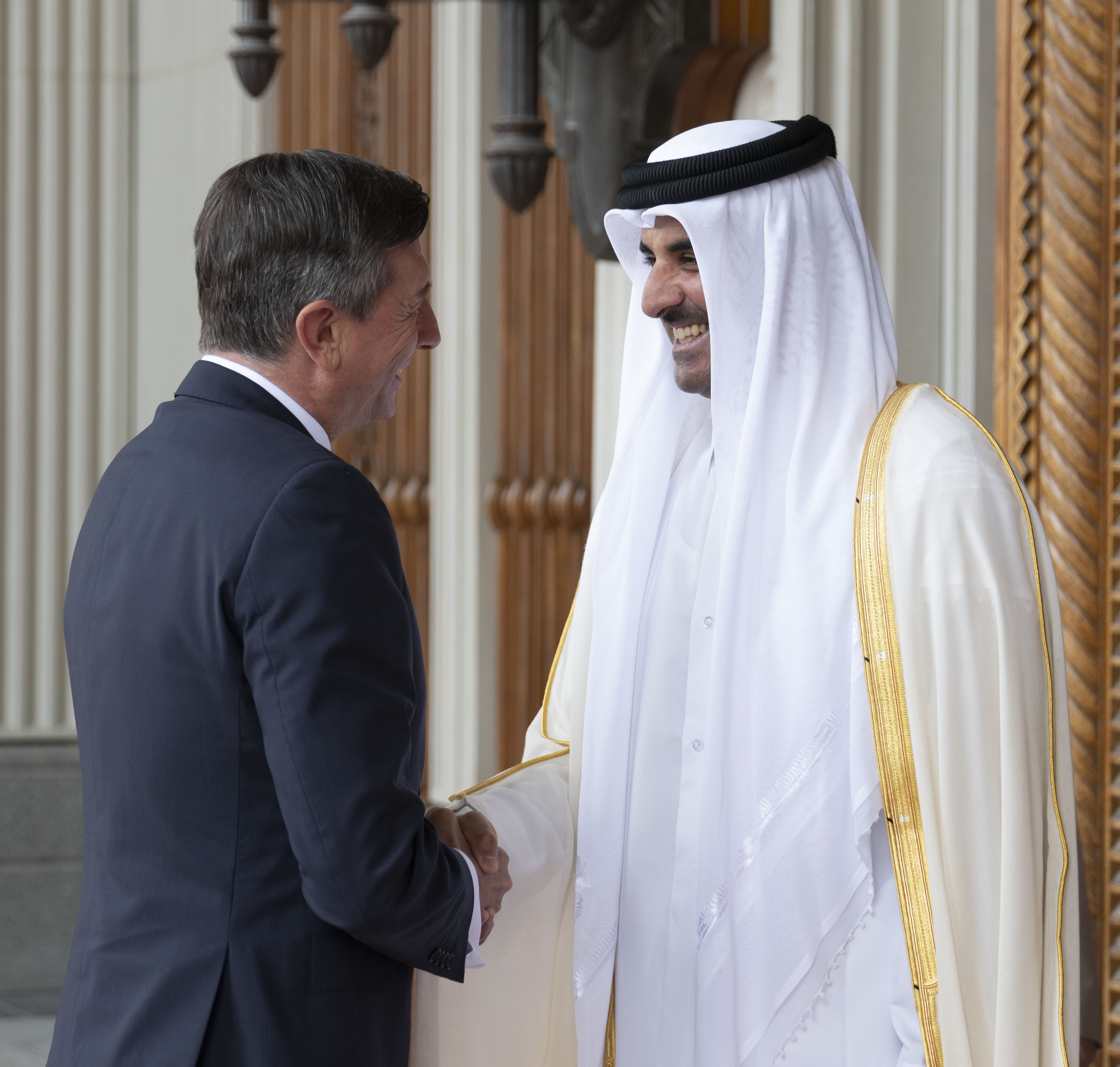 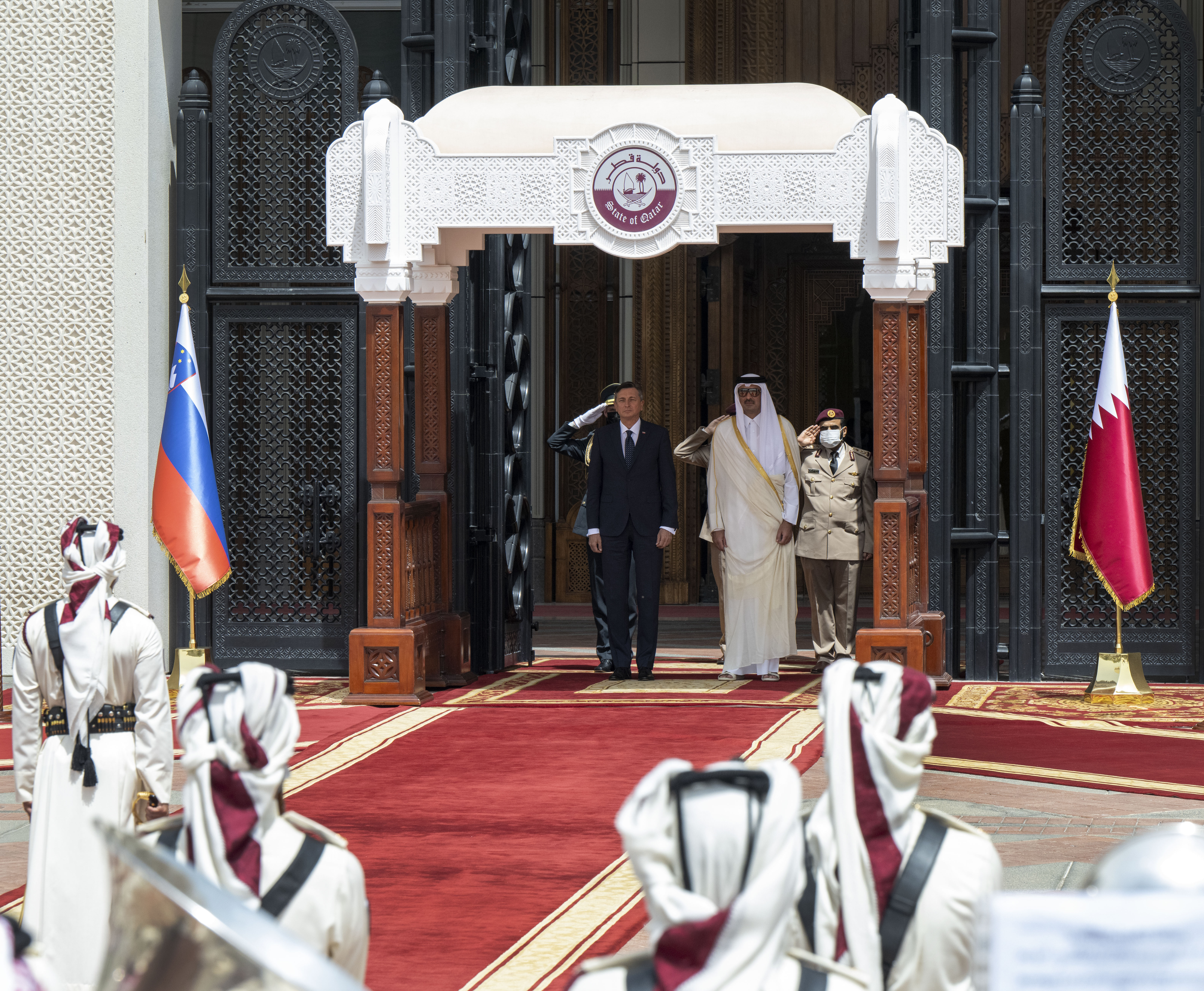 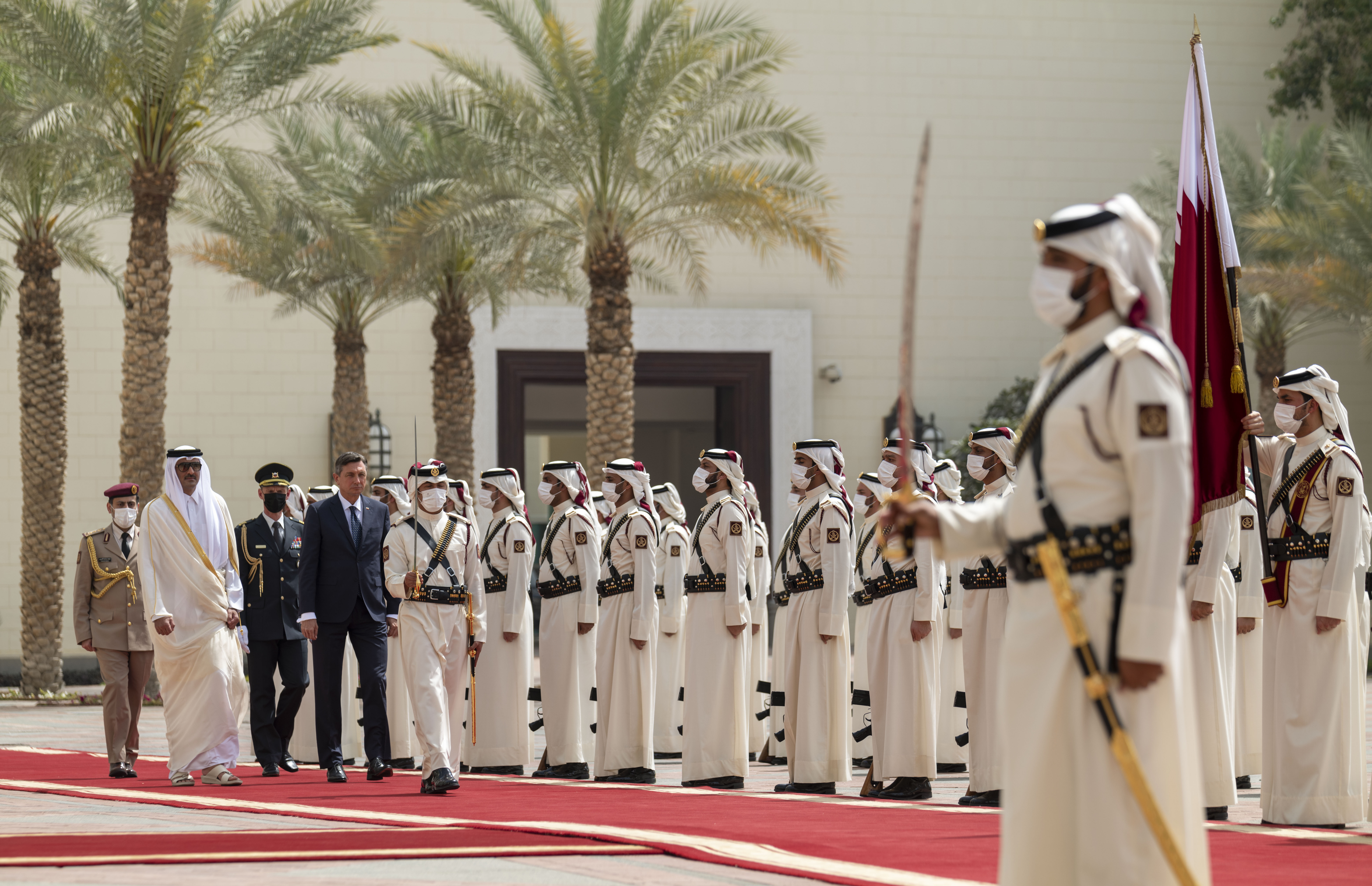 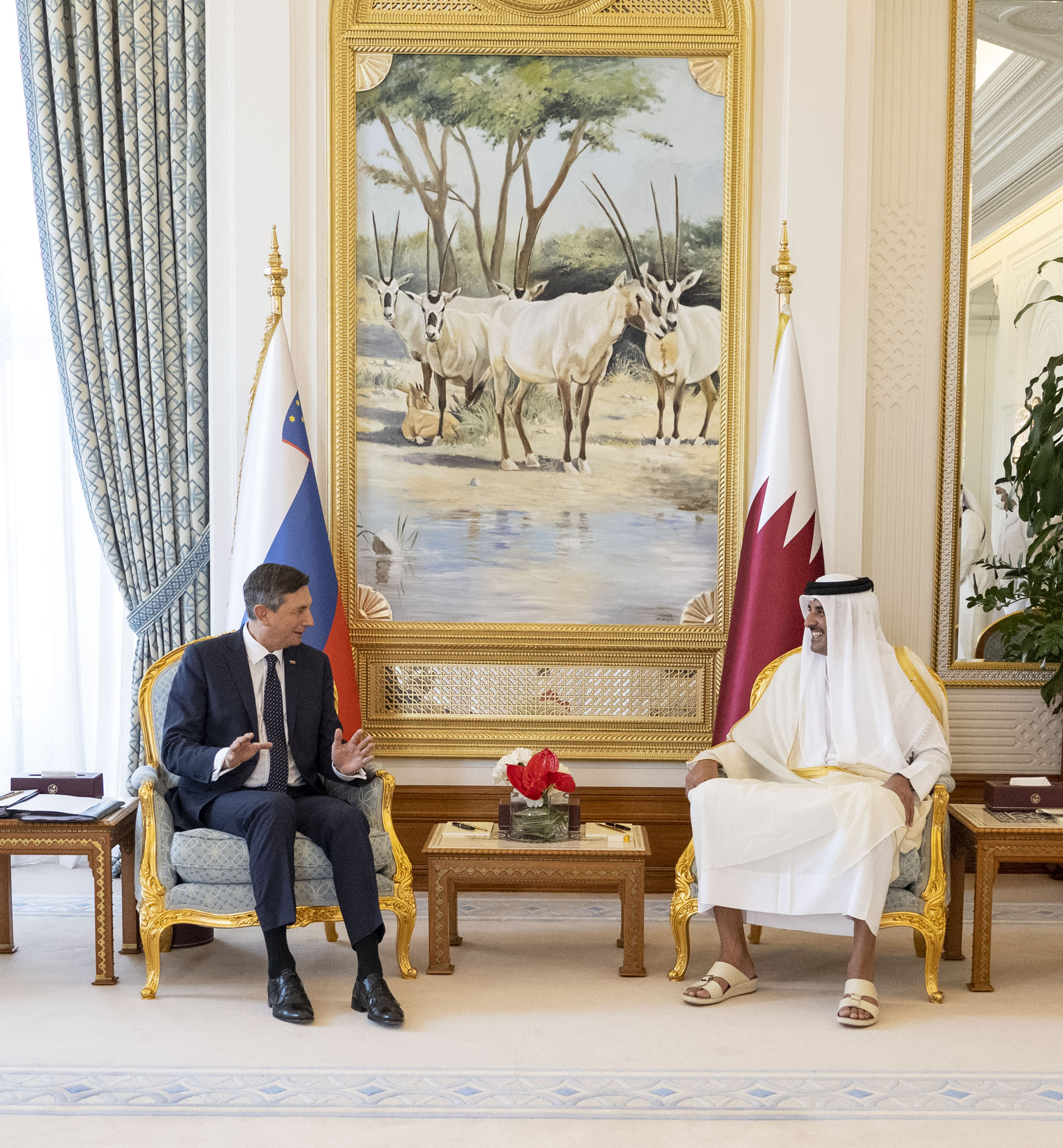 His Highness The Amir Sheikh Tamim bin Hamad Al-Thani and HE President of the Republic of Slovenia Borut Pahor held an official talks session at the Amiri Diwan on Wednesday afternoon.

During the session, they reviewed bilateral relations between the two countries and ways to support and develop them in all fields, especially in investment and economy.
Also, they discussed a number of regional and international issues of concern to the two countries, including developments in the region.

On the Slovenian side, HE Minister of Infrastructure Jernej Vrtovec and HE Minister of the Environment and Spatial Planning Andrej Vizjak attended the session.

On this occasion, HH The Amir hosted a luncheon banquet in honor of HE President of the Republic of Slovenia Borut Pahor and the accompanying delegation.

HE the Slovenian President had arrived earlier at the Amiri Diwan, where he was accorded an official reception ceremony.