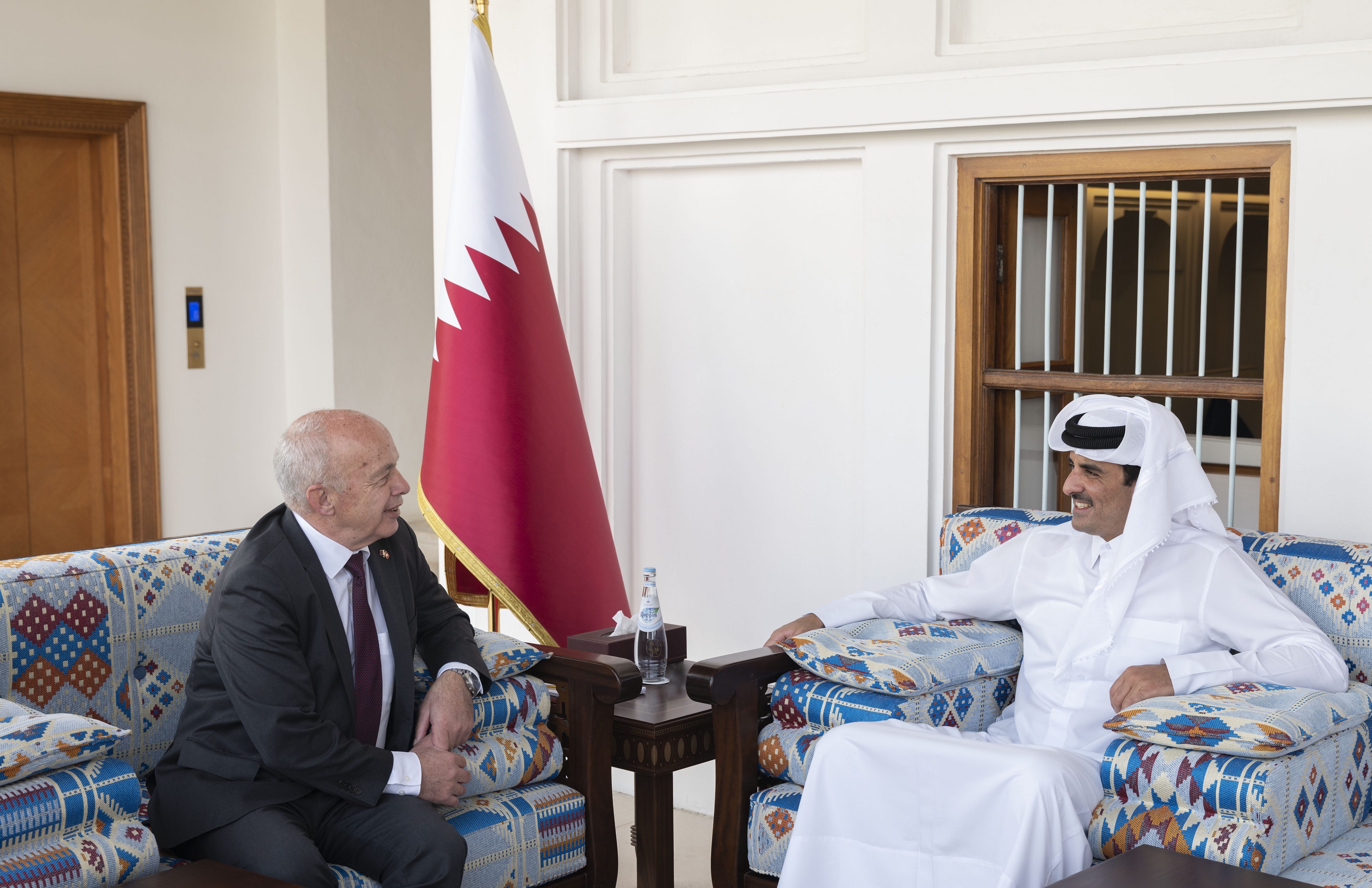 His Highness The Amir Sheikh Tamim bin Hamad Al Thani received on Tuesday morning, at Sheikh Abdullah bin Jassim Majlis at the Amiri Diwan, HE Head of the Federal Department of Finance of the Swiss Confederation Ueli Maurer and the accompanying delegation, on the occasion of their visit to the country.

During the meeting, they reviewed the existing cooperation relations between the two countries and the prospects for enhancing and developing them, especially in the fields of investment and economy, in addition to a number of issues of mutual interest.