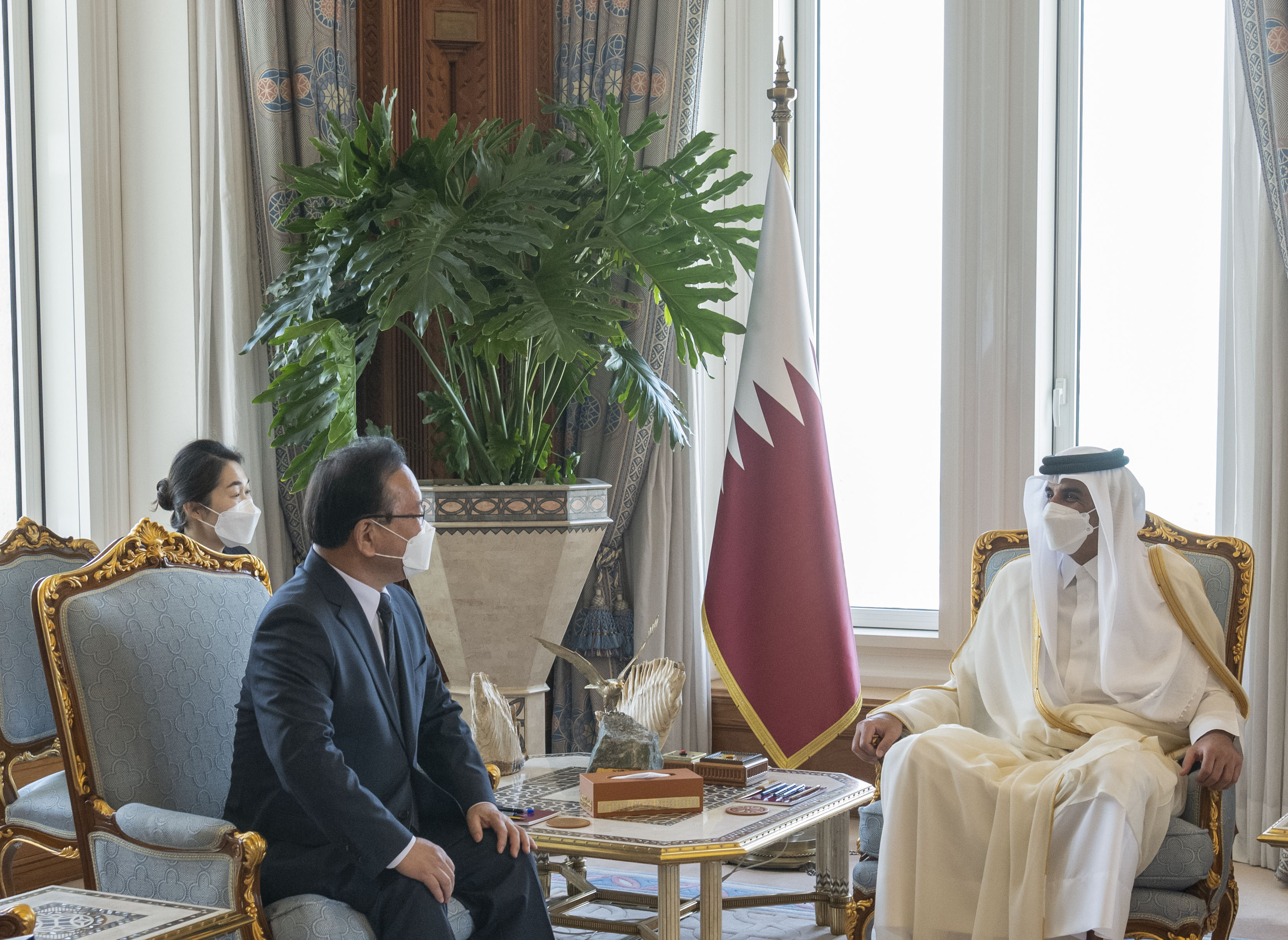 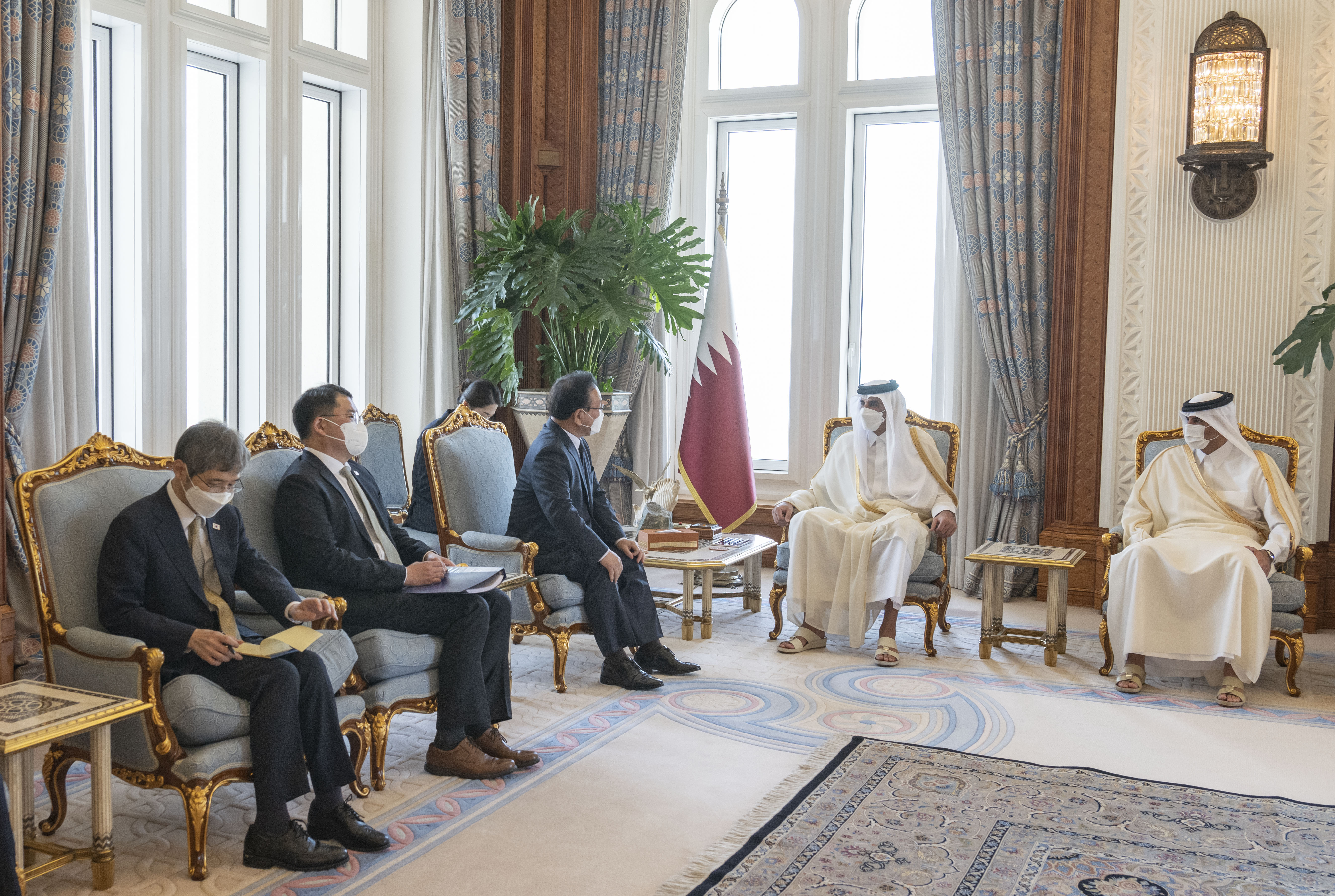 His Highness The Amir Sheikh Tamim bin Hamad Al Thani received at the Amiri Diwan Office on Sunday morning HE Prime Minister of the Republic of Korea Kim Boo-kyum and the accompanying delegation on the occasion of their visit to the country.

During the meeting, the relations of cooperation between the two countries and aspects of their development, as well as the most prominent regional and international developments of common interest were reviewed.